Do swimmers live longer than runners?

As a runner, James Fell was intrigued by a recent study that found swimmers live significantly longer than runners do. 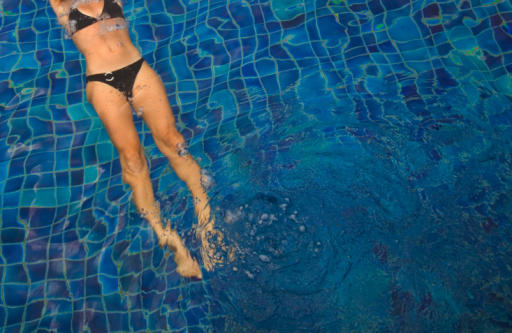 I was looking at MSNBC “Defy your age” calendar for April and the sixth installment caught my eye. The post referenced a study claiming that swimmers live significantly longer than runners do.

All of sudden, I started thinking of male bovine droppings.

So I dug, looking for quackery, yet I couldn’t find any.

Yes, the study was partially funded by the National Swimming Pool Foundation, and stuff like that always makes me leery, but in this case the numbers are pretty clear. Of the 40,000+ people they looked at, swimmers had a 49-percent reduced chance of dying. The walkers and couch potatoes in the study had even higher mortality risks, of course.

This one perplexes me, and the study authors didn’t have any answers either. Lead by University of South Carolina researcher Steven Blair, the team was surprised by the results.

So where does that leave us runners? Should we all quit the sport we love and take up swimming instead? The fact that this study looked at over 40,000 people has me wondering.

But maybe not so fast.

First off, I hate swimming. I won’t do it, so that pretty much settles things right there. You need to focus on an activity you love if you wish to sustain it long-term. Running is my thing and I’m not stopping. Also, there could be other things skewing the data. One possibility is that there is something about swimmers that makes them have healthier diets than runners, but that seems like a stretch. Another is that runners are a much greater risk of pushing themselves too hard and suffering a heart attack. Even more possible is that runners get hit by cars.

Another thing is the dynamics of the exercise. Perhaps the type of effort in swimming really is having a beneficial effect on their bodies because it has a more resistive, total body component. I get lots of this from also being a weightlifter, so hopefully that would make up for it.

If you run and don’t want to start swimming, then maybe taking up weightlifting in addition to running will bridge that life expectancy difference.