Five tips to ensure a successful vacation with your partner

Travelling can bring a couple closer together, or it has the potential to cause a serious rift. Follow these expert tips to survive a summer jaunt with your beloved. 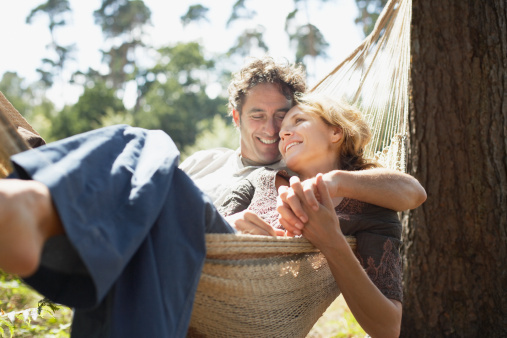 There are few things more romantic, or metaphors more apt for new love, than discovering unfamiliar terrain together. Maybe it’s wandering through a vineyard hand in hand, reading dog-eared novels on a beach or drinking martinis in a dimly-lit bar, but vacationing together is typically seen as a great way for couples to both unwind and really get to know each other.

But it’s not always wine and roses when a couple decides to hit the road together. I can remember one vacation in Paris when I wanted to push a former boyfriend into the Seine ,and another trip, a seemingly romantic sojourn to Quebec City, where I was in tears before we’d even reached the train station.

According to a Match.com survey, men and women stress about the following potential issues before leaving on a joint vacation: getting bored with each other, sharing a room and washroom (mostly a lady concern), arguing and snoring. “When people travel together and they’re not used to being together 24 hours a day, it can cause friction,” says Kimberly Moffit, a psychotherapist in Toronto.

Corinne McDermott, founder of Have Baby Will Travel, says that trouble can arise when couples have differing expectations. “Even if you live together, travelling is a very different animal,” she says. “Before you go, decide if this is going to be an active trip or a relaxing trip. Is one of you going to get their nose out of joint if someone wants to go off and do something on their own? Discuss those things before you leave to avoid friction on the road.” McDermott adds that it’s important to accept that travel can be stressful: “Stuff will be spilled, people will be rude and you need to psych yourself up for that so it doesn’t ruin things.”

So is travel incompatibility a big red flag or something that a couple can reconcile? Moffit says it’s a warning sign. “For most couples, whether you get away once a year or several times, vacation is what you’re looking forward to,” she says. “It’s about the romance, the connection or even spicing things up. If you’re really incompatible travellers, you won’t be able to look forward to it in the same way.”

But she also adds that it’s not the end of the world if you and your partner can’t agree to go to Hong Kong or Montana. “You could be very compatible with someone in everyday life, and then not very compatible on vacation,” she says. “Everybody needs something different from a vacation, and there’s a lot of room to compromise. But how well you communicate to establish that can be a good indicator of how long the relationship will last.”

Here are some tips when travelling as a pair:

1. Take some time for yourself

Browse in a bookstore. Take some time to read a magazine in a café. When you travel as a couple, these little breaks are the equivalent to taking a very deep breath. (Plus, it’s lovely to learn that you can actually miss someone you spend almost 24 hours a day with, after only 30 minutes apart.)

2. You have to be organized

“There was a time when I could be spontaneous and just throw stuff in a bag and leave the next day, but that doesn’t always work with a couple,” says McDermott. Planning well, and in advance, can help minimize the little hiccups that can drive a couple crazy.

3. Know what your needs are

Make plans in advance to ensure that you get what you need out of the vacation, says Moffit. “If you’re able to say, ‘On vacation, you love adventure and I like to relax, so why don’t we plan one day where I go to the spa and you go do some climbing,’ that’s really the key.”

4. Talk about your potential flaws before you leave

“If you know you’re not an early morning riser or if you can’t handle asking for directions, it’s a good idea to warn your partner,” says McDermott. “If those things come up unexpectedly, they can raise a red flag.”

5. Don’t travel too early in a relationship

Moffit suggests getting to know each other in everyday life first. Once you know the positives of your partner (read: he rubs your feet after a long day), then it’s easier to deal with the ridiculously oversized suitcase he keeps nonsensically trying to stuff into a plane’s overhead bin.

Have you ever had a travel disaster with a partner? Tell us about it in the comment section below.