So You Want A Divorce. Now What?

There’s value in talking to the right people before saying 'I want to get a divorce.' 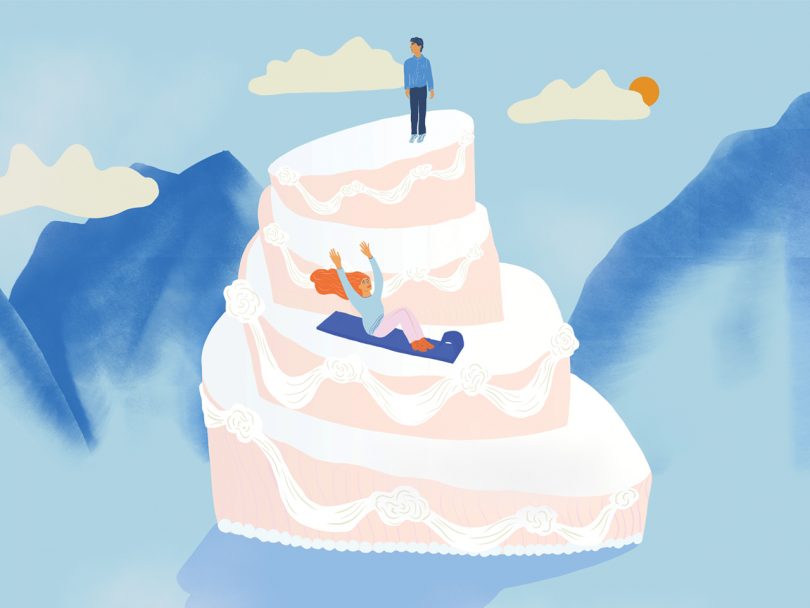 Your mother is telling you to stick it out for the sake of the kids. Your best friend with the hot new fling thinks you should have ended things years ago. And your co-worker, who side-hustles home-brewed kombucha, wants to sign you up for a tantric yoga retreat. When it comes to offering opinions about divorce, “everyone has something to say, and a lot of it has nothing to do with your own situation,” says journalist Wendy Paris, who chronicled her own marital breakup in a book called Splitopia: Dispatches from Today’s Good Divorce, and How to Part Well.

Paris, who split up with her husband in 2012 and now happily co-parents with him, says it’s important to seek information and get support and input if you’re contemplating ending things. “But you have to be discerning,” she says. “You need to talk to the right people and make sure you’re getting advice that helps.” Here are some of the people she and others from the front lines of divorce thinking suggest you reach out to if you’re on the road to calling it quits.

If you’re dealing with any external stress, such as long-standing personal issues or insecurities that may be compounding your relationship problems, start addressing them now. Having an established relationship with a therapist could be helpful anyway if you choose to go ahead with a split.

“For a lot of people, a therapist is a really good place to start the divorce journey,” says Yvonne Sinniah, a relationship advisor and blogger. “Talking to your spouse may feel too scary. And this is about you, so therapy can help you start thinking things through.”

Paris agrees and says therapy can be the silver lining in a challenging process. “If you’re going to go through all the work of a divorce, you should get some personal growth out of it,” she says. “It’s almost like a waste of a divorce if you don’t, because, really, do you want to just repeat the same problems all over again with someone else?”

Have you really tried to work out your problems? If you still have feelings for your spouse, a couples therapist may be able to help. And if they can’t, you may draw comfort from the fact that at least you tried. “There’s a certain peace of mind that comes from having explored counselling,” says Caroline Felstiner, a Toronto-based divorce mediator. “At the very least, it creates an understanding of why the separation is happening.” Some relationship therapists will even agree to explore your issues without your spouse present if he or she isn’t keen to participate, but most ask to see both partners together.

Can you afford to leave your partner? Do you even know how much your household paid for cable last year? Do some planning beforehand so you’ll have a better sense of what your life will look like financially if and when the ring comes off. You may want to seek out a certified divorce financial analyst or chartered financial divorce specialist, who can offer specialized expertise and advice on issues like alimony, child support and post-divorce living expenses. 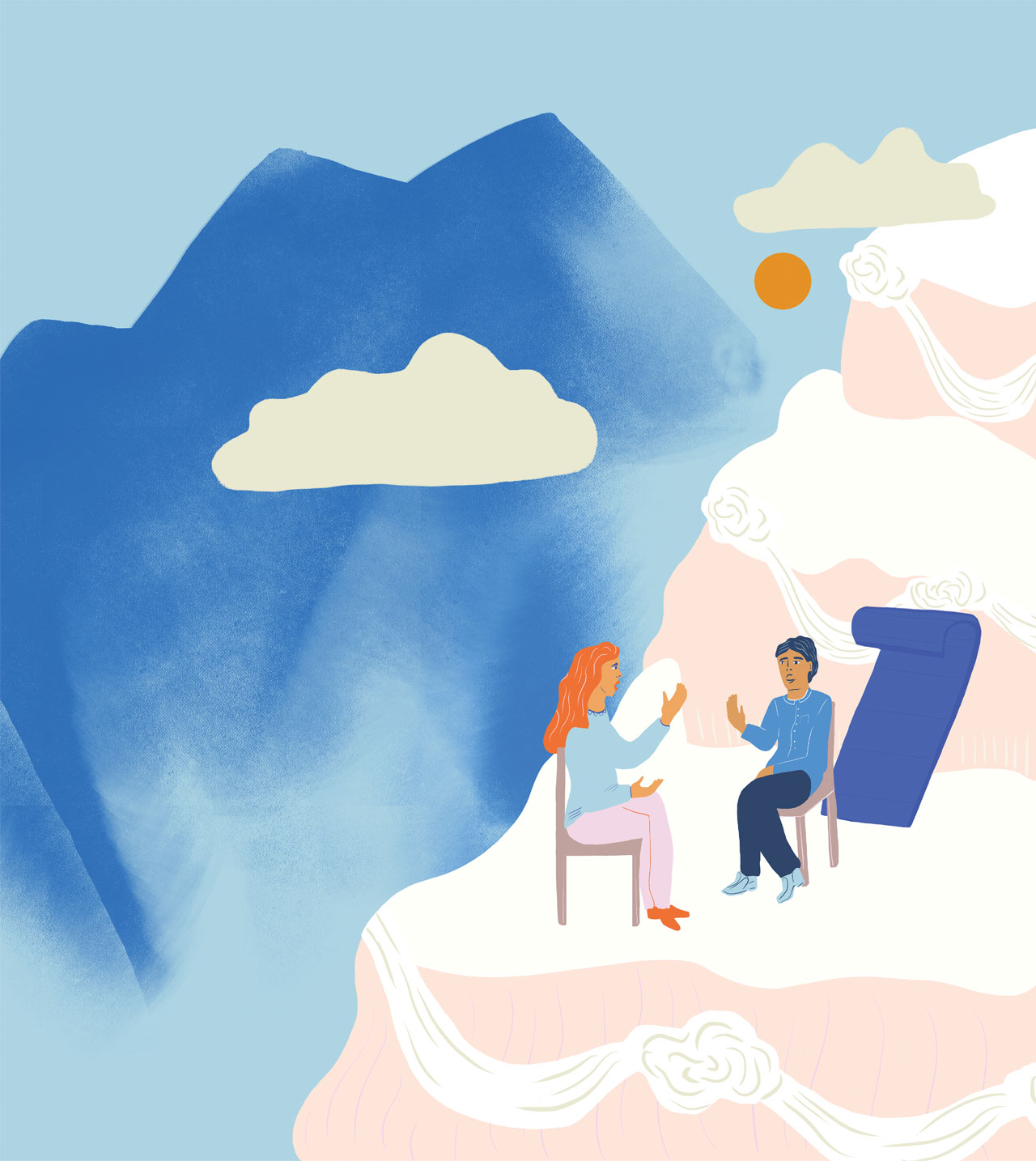 An initial consultation with a family lawyer can give you a realistic assessment of your specific circumstances, such as what you’ll likely be able to negotiate with your spouse, and what assets you’ll be in a position to keep. Some people are reluctant to reach out to a lawyer, notes Felstiner, because they’re worried it feels too much like pulling the trigger on their marriage. “But getting information isn’t the same as acting on it,” she says. “It’s always worth it to get informed.” Once you’ve got that intel, examine all your options before putting a lawyer on a retainer.

If you decide to go ahead with a breakup, you may want to consider using a mediator to help you navigate separation and divorce outside of the court system. Or you may want to try collaborative divorce, a process that involves lawyers on both sides but keeps proceedings out of court. Both options bring both spouses to the negotiating table and keep them speaking to each other rather than talking through their respective lawyers. The approach can lead to clearer, more effective communication, says Felstiner. “In a traditional divorce, when lawyers are speaking for clients, you can end up with a game of broken telephone,” she adds.

A friend who had been through it

Talk to someone you trust about what they’ve gained and lost through their own divorce — while recognizing that your situation (and how you want to deal with it) may be different. Paris cautions against asking others whether they think you should end your relationship and instead suggests focusing on questions that can help you make a better, more informed decision on your own. “You might ask them, if they were doing it again, what would they do differently?” she says. “And you can talk to them about what they’ve learned.”

How I survived after my husband left me

In Paris’ case, a male friend offered valuable insights into some of the challenges that might lie ahead, especially when it comes to subsequent relationships. “He’d had an incredibly difficult time,” she says, “and I asked him what was so hard for him, and how I could avoid that.” His observation: The emotional toll can linger long after the legal papers are signed. “He had started dating someone, and when that relationship ended, he found the breakup devastating — it brought up a lot of things he was still coping with from the divorce.” Talking through his experience helped Paris develop a more realistic expectation of life after divorce. She also recommends talking to people who can share positive insights. “If you have a friend who has a great relationship with her ex, talk to her and ask her what advice she has.”

Many people have unrealistic expectations about whether they can afford to buy out their partner’s share in the home. Talk to someone who can give you a sense of what your house is worth. Mediator and conflict coach Brook Thorndycraft says some of her clients have taken the average of quotes from three separate realtors (or they have headed straight to a home appraiser and pay for an assessment).

Research shows that kids aren’t necessarily damaged by divorce: About 80 per cent of children adapt well and experience no lasting negative effects on mental health, school grades or social adjustment. Child-focused mediators will help develop divorce plans that support kids, but if you’re particularly worried about them or if they have special needs, talk to an expert. Again, doing this early, so you’re informed about the options before moving forward, can help decrease anxiety in an already stressful time.

A work mentor or career coach

You’ll feel a lot better about deciding to go it alone if your work life is on track. If you’re looking to make a career change, upgrade skills or push for a promotion, talk to someone who can help you do that now, before you upend your home life. The end of a marriage can be stressful enough: A psychiatric scale developed in the 1960s rates divorce as the second most challenging life event, ranking it higher than a jail term or the death of a family member (the most stressful is the death of a spouse). It makes sense to avoid adding work-related anxiety to your emotional trauma.

And spend some time thinking about how you’ll telegraph this change to your colleagues. George Schofield, a developmental psychologist who specializes in career and life coaching in Florida, advises sharing news of your divorce carefully — and selectively — in the workplace. When his own marriage ended, Schofield told his boss what was happening but avoided telling others at first to avoid the perception that he might not be able to focus on his job. He developed a code word with his manager that enabled him to trigger support. Whenever he needed time away from the office to deal with his new responsibilities as a single parent, he used the word. His boss agreed not to ask questions about his absence.

Your significant other may not view your relationship the same way you do and may not understand that you’re reaching the point of no return. Have “the talk” and make it clear that issues need to be resolved. It may not be too late to turn things around if you’re both willing to commit to change.

Is Fear Of Breaking Up (FOBU) Keeping You In The Wrong Relationship?

As you approach that conversation, muster as much empathy as you can so that you and your partner can speak openly and constructively. There’s no magic formula for that first sit-down, but Paris suggests focusing on positives and “we” statements. “You might say, ‘I really care about you as a person and I know you care about me, but we are not happy. Just because we got married and we have a family doesn’t mean that marriage is the best relationship for us to have.’ ” If you’re able to establish a framework of caring and trust, it’ll be easier to discuss possible solutions.

“You want to talk about your problems — are they fixable, should we go to therapy — but at the same time, you want to have a conversation about ground rules you might set for yourselves as you go through this,” Paris says. “Think about questions like how can we be stable? How can we focus on the well-being of our kids?” A trial separation (Paris recommends three months) can be a good way to try living apart and to stress-test co-parenting arrangements and your own emotional response to living alone. But make sure you’re clear about goals and expectations. Is dating allowed? Are you open to saying you want to get back together? Remember that ending your marriage won’t necessarily mean an entirely clean break from your spouse. If you have children, you’ll be making parenting decisions with your ex for the rest of your life, so Paris advises keeping things not just civil but as constructive as possible.

Your neighbour who watches all those hilarious TV shows

Don’t tell her that you’re thinking of getting divorced. Just get a list of things to watch that will make you laugh. When all else fails, an evening of Broad City just might help get you through this.