How to get through a breakup: a 30-day plan

If you — or someone you love — are freshly single, take solace in the fact that new cognitive science (plus eons of human experience) tells us there is a predictable pattern to the post-breakup healing process. So put on your comfiest pants, grab a pint of Häagen-Dazs and let Chatelaine take the wheel. 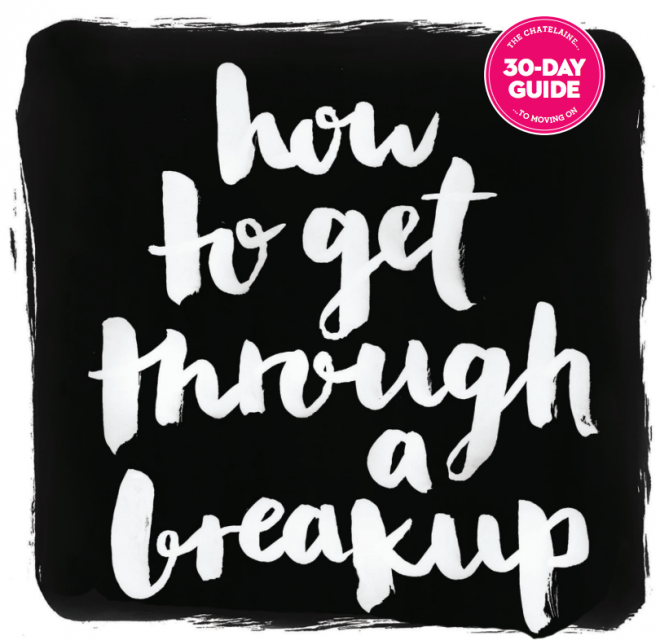 Being dumped is the absolute pits. And with heartbreak sometimes comes a sense that you’ve been body-snatched — like your once-productive, completely together self has been replaced by a woman who drinks rosé at inappropriate hours, yells snide comments at Julia Roberts during Netflix marathons and fashions voodoo dolls out of cut-up vacation photos and a forgotten shirt.

But if you feel like primal emotions have taken over, scientifically speaking, they have. Lucy Brown is a clinical professor of neurology at Albert Einstein College of Medicine in New York City. She’s studied relationships for more than 20 years and has some cognitive consolation for the lovelorn. You know that unbearable ache you feel after a split? Turns out it has helpful evolutionary origins. “The cost, historically, of not having affiliations with people is that you’d be left alone to die,” says Brown, not at all dramatically. “That pain response to losing someone [exists] so that you keep trying with them. Two people can protect each other.”

Even if we’re no longer fending off sabre-toothed tigers, post-breakup trauma is so real that it registers on brain scans. In a 2010 study by Brown and colleagues published in the Journal of Neurophysiology, college-aged men and women were shown photos of their recent exes. The region of the brain associated with craving and addiction — the caudate nucleus — lit up like a sad little Christmas tree. Also in overdrive during heartbreak: our insula and anterior cingulate cortex (associated with assessing pain) and our prefrontal cortex (used to process loss). Alongside that, we experience a sharp drop in dopamine, the chemical that lends loved-up couples (and garden-variety drug addicts) their highest highs.

Essentially, Brown is giving us a biological justification for our unsavoury breakup conduct. “All behaviour has a physiological basis in the brain,” she says. “These systems are expressing that obsession, and with that, you’re going to get behaviours like walking by your ex’s house and repeatedly checking your phone.”

Ah, yes! We can’t forget social media — the 21st century’s biggest deterrent to moving on. In a May 2015 study on digital-breakup behaviours published in Information, Communication & Society, researchers from Western University in London, Ont., found that 88 percent of participants admitted to creeping an ex’s Facebook after a split and, in doing so, induced a heap of extra anxiety.

So how to cope? The good news — again from your pals in the scientific community — is that many of us grossly overestimate the amount of time it’ll take to bounce back from romantic devastation, and that while women experience more emotional pain than men after a breakup, they also recover more fully. And according to research in the January 2015 issue of Social Psychological and Personality Science, reflecting on your breakup (in moderation, and not on Facebook) has been shown to speed, rather than hinder, that emotional recovery. All of this is to say that it’s going to be okay. Better than okay, actually. 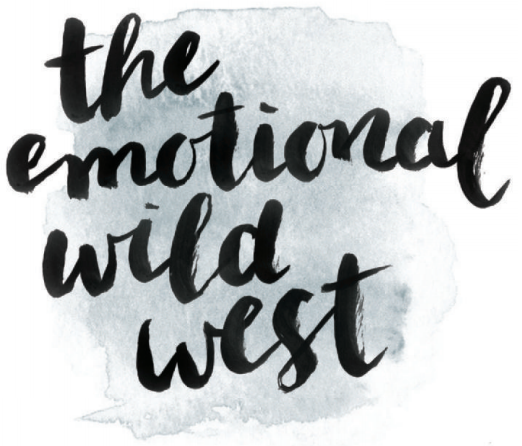 Everything in your heart right now feels savage and raw and inclined toward spectacular acts of drama. There’s no use trying to impose any sort of order here — just hang on.

PR strategy: “The first week after a breakup, you have no emotional bandwidth for filtering — you’re a wreck and you just want a bit of coddling,” says Candice Best, president of the PR firm Siren Communications. “Don’t be strategic. Your sister or closest friend will not hold you responsible for what you say.”

Your uniform: A robe. That’s it for you this week. Look for a nice, soft, waffle one so the sleeves can double as tissues once you blow through the box.

Treat yo self! It is your right — no, your responsibility — to consume only wine and Häagen-Dazs. Here, sommelier Sara d’Amato suggests some first-rate pairings.

From left to right:

The crisis: Help! I can’t stop rereading all the emails my ex sent me.

The solution: Right after a breakup, every woman expects that her heart is going to feel like a chew toy and basic hygiene will be a baffling ordeal. It’s the silence that surprises — and soon starts to drive you batty. It’s tempting to fillthat silence with your ex’s e-voice, but get those emails into their own filter or folder (not gone forever, but gone from your inbox), and when you’re tempted to readthem, pick up a trashy magazine instead. 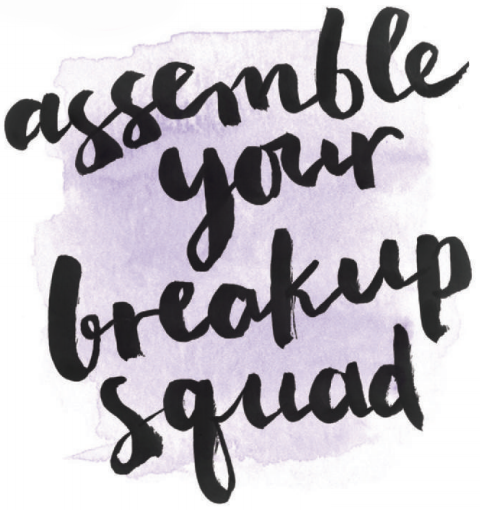 Barricade yourself in a fortress made of friends you love and trust — and let them take care of you while you fall apart. Also, let them take you out for dinner. And maybe to a movie starring Amy Schumer.

PR strategy: “Your family, as much as they may have loved your partner, is going to be on your side,” Best says. “You don’t have to sugar-coat things with them, but do keep explanations brief. I think you can come up with a succinct one- or two-liner that lays out what happened and why this is good for you. And when you want to shut down the conversation, just say that you and your ex had different visions for where your lives were going to go.”

Your uniform: Sweatpants. Well done, getting into sweatpants.

Your mantra: “The sisterhood is so much more important than some guy it didn’t work out with.” — Taylor Swift, female-friendship ambassador

Treat yo self! First, book a very long, very deep massage. Then, stay mellow with this soy candle, which smells like redcurrant, flowers and thyme and just so happens to be called “Fresh Start.”

The crisis: Help! We have all this stuff we need to split up.

The solution: If you bought it, it’s yours. If you bought it together and you really want to keep it, it’s yours. Play the dumped card if it means holding on to the blender, but know that you’ll have to lose something of equal value in return. And if your ex is being stupid or stubborn about a few items, just let them go. Not having to haggle is worth the price of a new table lamp. 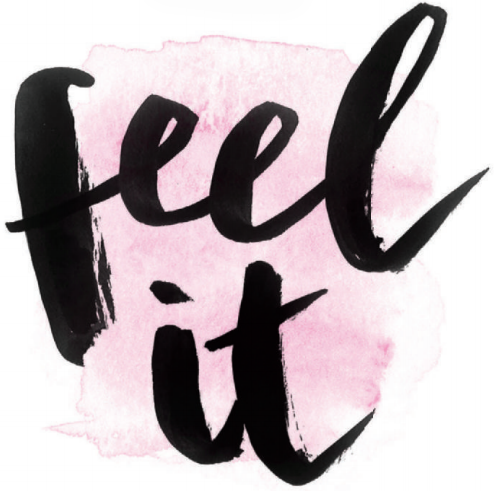 After two weeks of burying your emotions under Netflix marathons and pinot noir, it’s time to rage and mourn. Notice how you’re still managing to function despite letting in the pain.

PR strategy: “With your colleagues and your supervisors, you want to stay super professional,” Best says. “Use the kind of language that comes up in the office: Talk about life goals, or say your ex wasn’t as ambitious as you needed. That’s it. As terrible as this is, the people who are in charge of deciding raises and career moves might wonder if you’re able to stay focused on work. Keep your anger and emotions out of the office. You don’t want to complicate this area of your life when another area is falling apart.”

Your uniform: Skinny sweats, which you can totally wear out of your house while still enjoying the comfort and security of an elasticized waistband.

Your Beyoncé playlist: “Start Over”­ and then go with “Listen” and maybe end on “Resentment” (Play a lot of Beyoncé this week.)

Treat yo self! Whether you’ve claimed the place you lived in together or moved somewhere new, make that home feel unambiguously yours. We’re partial to a tapestry-inspired shower curtain, since it’s nice to look at something pretty when you’re taking a thousand baths.

The crisis: Help! I think it’s a good idea to chop off all my hair.

The solution: Nothing’s quite as seductive as the post-breakup hair transformation. Hey, we all want to emerge from our emotional caves looking shiny and new. If you’ve been dreaming of a pixie cut for years, by all means, do it. But lopping off your locks can feel, the next morning, like piling loss upon loss. Maybe start with bangs. 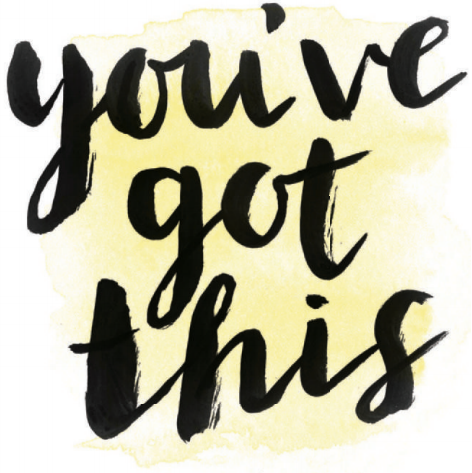 No, of course you’re not over it. But you’realso not stuck inside it anymore. So go out with friends or stay late at work or curl up with a book at home — you decide what happens next.

PR strategy: “When you run into mutual friends, stick with the positive stuff: Your ex has so many great qualities, but you just weren’t suited to each other,” Best says. “Then pivot the conversation to something else. You want those friends to walk away thinking, ‘Damn, that’s a good woman.’”

Your uniform: It’s time to get a little colour back into your life. Also, it’s time to give your legs some air — they’ve been in sweatpants for weeks.

Treat yo self! We don’t advise burning all your pre-breakup clothes in a symbolic pyre, but we’re big fans of starting fresh with a few dresses that never shared a room with your ex.

The crisis: Help! I texted my ex really late — and then 14 more times after that.

The solution: There’s a tendency to think that when we contact our exes — or creep their Facebook page, or drill friends in a transparent bid for dirt — we undo our hard, healing work and land back at Dumped Ground Zero. Not true. Text your ex once (once!) more: Apologize for the hour, not the contact, then blame it on old habits dying hard. Now go for a run, belt out Kelly Clarkson while cooking, get a pedicure — reclaim something you loved about being single.

Related:
Is fear of breaking up keeping you in the wrong relationship?
Don’t worry if you can’t be friends with an ex
Being single is a mindset, not just a relationship status