How to get better at dating: 5 tips from an extreme dater 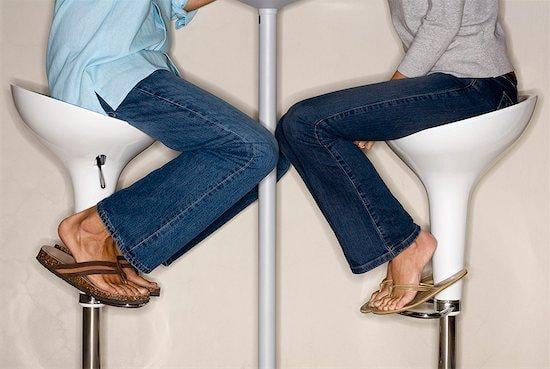 Oh, dating gods. Why hast thou so often forsaken me? It’s either raining men – most of who turn out to be bozos – or as dry as the Sahara, with me putting in extra hours talking to my dormant Calla lily plant. For a lot of us, finding love is hard and confusing and exhausting.

50 dates in one year

Kristen McGuiness had been single for three years, and hadn’t been in a great relationship in even longer. When she hit 30 and started to watch friends move in with their boyfriends and have kids, she started to sink into what she calls “it’s always gonna be this way” blues. McGuiness decided that she needed to change her life. “I had gone from the most-likely-to-succeed-star-of-the-party to a single, sober, celibate secretary living in a very small studio apartment, and I was not happy about it,” she says.

So she brushed off her self pity and put fate in a chokehold, deciding to go on a date every week for a year – an odyssey she chronicles in her new book, 51/50: The Magical Adventures of a Single Life. Some of the dates were with cities, like New York and L.A., some were with family members, one was with a spiritual healer, and a bunch were with men she found online.

Even after McGuiness started her journey, there were still low points – ones that many of us can identify with. She met up with a man one Saturday night and he turned out to be a total snooze. “I wish I could say he was actually a mute but he was either incredibly bored or incredibly boring,” she says. “It was like a high school drama monologue with my only audience member dozing off in front of me.”

But there were breakthroughs, too. McGuiness met with a spiritual healer named Lidia, who gave her some resonant advice: that some people get to do all of their personal work in the space of a relationship while others have to do it all before they can even get into one. “I started horseback riding into the hills of Griffith Park, I asked for a promotion at work, I began to get really honest in all of my relationships and suddenly I wasn’t living in fear anymore,” says McGuiness.

You’re probably wondering: did she find love? She sure did – but with the last person she expected. They had been friends for years, and then something just clicked. “The dates helped me to break my old patterns of the bad boy or the Mr. Big, and find out what I was truly seeking: an adventurous, honest, loving, brave man who can fix the kitchen sink and hold me when I cry,” says McGuiness.

So her advice for any lady in a similar situation? Keep dating – as much as possible. Not only did it help McGuiness refine what kind of man she was looking for, but it also alleviated some of the loneliness she was feeling. “I was out there going to dinner, to baseball games and gun clubs and the Griffith Park Observatory with all these men who were looking for the same thing that I was: love,” she says. “Even if it didn’t end in romance, it gave us both the opportunity to get out and enjoy our city and have for a moment a partner at our side.”

Five tips for beating loneliness and getting back on the dating track:

1. Date, date, date! Try not to think about every new suitor as a potential soul mate, and just enjoy meeting someone new. They’re not all going to be winners, but everyone’s got something to offer if you keep an open mind. (At the very least, you might get a good story out of it.)
2. Be proactive. Instead of waiting around for potential love interests to ask you out, make your own plans. Think about what you really want to do – and who you really want to do it with – and then get started!
3. Don’t get so hung up on finding someone that you forget who you are. McGuiness acknowledges that it wasn’t really all of those dates that made her feel better; it was the time she spent focused on herself, going horseback riding and standing up for herself at work.
4. Try to figure out what you really want out of a relationship – instead of just taking whatever comes your way. McGuinness used her 51 dates to help her refine just what kind of man she was looking for; turned out he was much closer than she thought.
5. Broaden your horizons. Instead of fixating narrowly on that guy you don’t have, think about all of the other things that could enrich your life. McGuiness went on dates to strengthen her ties to family members and even cities, and she consulted a spiritual healer who gave her inspiring advice. Who do you wish you were closer to, and what are you going to do about it?