Five expert-approved ways to deal with other people's kids

Is it ever OK to play parent when you're with someone else's kids? Get professional tactics for navigating the tricky world of offspring. 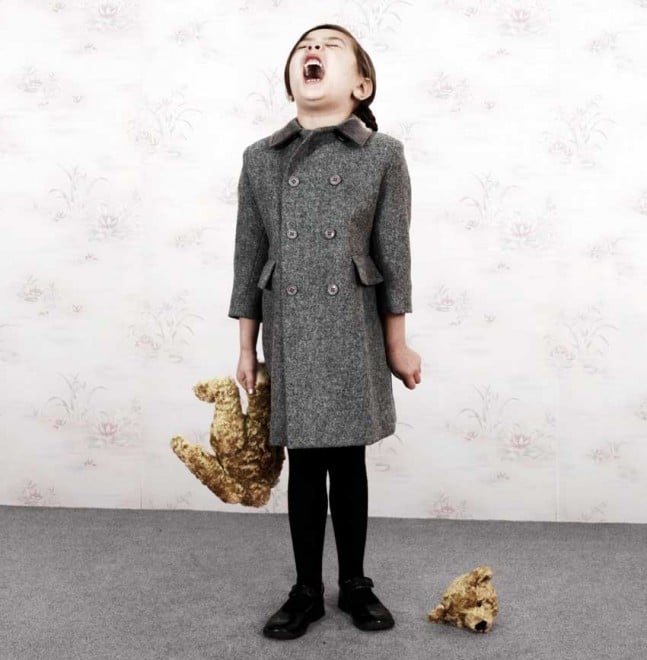 Many adults may be loath to admit it, but the truth is that other people’s children generally fall into two mutually exclusive categories: cute or obnoxious.

The cute children are often seen in passing. The obnoxious children, however, are often the luckless toddlers that your sister or best friend insists on bringing to weekend brunch with friends, or who arrive (uninvited) to an adult dinner party.

Dealing with other people’s children can be a drag and a dilemma, especially for those who neither have kids nor an urge to parent-by-proxy. There are ways to prevent kid-related agita however, and here are five tips from a parenting expert on how to do it:

1. Keep your counsel
Tempted to tell your sister that her three-year-old needs to learn how to speak with his inside voice when dining out? Want to be honest with your best friend and tell her you’d rather see her alone and sans her triplets-in-tutus? Don’t go there, says Calgary-based parenting expert Judy Arnall.

It’s unwise to try and parent someone else’s child or implicitly criticize their parenting skills, says Arnall, the author of The Last Word on Parenting Advice.

“Unless it’s directly affecting you, I wouldn’t say anything. You don’t want to judge your friend or make them feel bad. Give them some space to do their own parenting.”

That being said, there are sneakier ways to ensure that you don’t have to play martyr, she explains.

“If it’s in your house and the child is running around with sticky fingers and the parent isn’t doing anything, I would very nicely catch the child and wash the child’s fingers. I wouldn’t say anything to the parent I would just step in and do it.”

Alternatively, if you’re out at a restaurant and you can’t hear yourself think because of the noisy toddler beside you, speak to the manager rather than take it up with the parent.

2. Have patience with a child in development
Here’s some information that may put little Timmy’s obnoxiousness in context: unlike your boss (who is fully socialized and therefore has no excuse), he can’t help it. Neither can the six-month-old on the long-haul flight screaming like a starlet in a Hollywood slasher film. Sadly, some of the most annoying kids’ behaviours also happen to be part of the growing pains of child development, says Arnall.

Tantrums, crying, fits, and screaming: “These are normal, developmental stages and parents can’t really do much about them,” she says.

The even worse news: there’s not much you can do about it either. Consequently for adults in the company of kids, patience is required.

3. Be helpful, not critical
Arnall advises that if you’re with a pal in a restaurant and her little one is in full shriek-mode offer her your help not your criticism.

Rather than address the situation directly — ‘Hey, you going to shut that kid up? — suggest a walk in the park to let the child blow off some steam. Better yet, say, ‘It’s such a nice day outside, let’s get lunch to go!’ (with forced cheerfulness in full effect).

Your pal will be grateful for the creative assistance, and by keeping your thoughts to yourself, you’ll avoid hurting her feelings.

4. Talk to the kid, not the parent
If you’ve got a problem with a misbehaving child, Arnall suggests you don’t annoy the already overtaxed parent; instead taking it up with the child directly.

“I’ve been in public places and kids butt into line and I will go and say something to them,” she confides. “It takes a village to raise kids and if their parent isn’t teaching them I think we have a responsibility to do them a favour.”

“You want to model kindness and firmness. You want to be polite,” she explains.

If a kid is gleefully walloping you with her teddy bear repeatedly, let her know that hitting is not on the agenda now, or ever.

“Say something like ‘I don’t like that. Please stop,’” says Arnall. And then redirect her attention to something else.

5. When in doubt, distract!
In dealing with a bratty kid it’s best to “give them the attention they’re looking for but redirect their energies to more appealing activities,” suggests Arnall, who adds that this kind of activity is also a good way to get in some good old-fashioned instruction and/or education.

If you’re outside, teach them about flowers or trees. If a child is at your house and driving your cat crazy with clumsy attention, teach them how to handle a temperamental kitty.

Oddly enough you may find that the distraction technique doesn’t work only for kids, it works for you, too. You may even enjoy the exchange.

Tell us, what tactic do you use when around someone else’s rambunctious child?