What It Feels Like To Be Panicked All The Time

Alanna Banks kept her terrifying battle with panic disorder a secret for more than 30 years. But once she started talking, she couldn't stop. 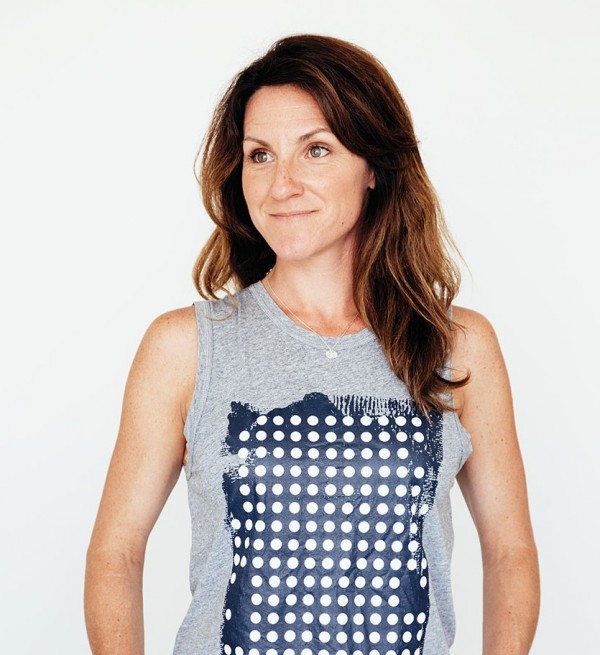 From the outside, you wouldn’t know that I’m an anxious person, or that I suffer from agoraphobia and panic attacks — that when I’m having a panic attack, my heart’s racing and I feel like I’m going to lose control. I’ve lived with this secret for such a long time that I’ve gotten really good at pretending everything is cool when, inside, I’m freaking out.

There is such a stigma around mental illness that many people, just like me, often suffer in silence. I can fake feeling fine, but I’m constantly on high alert. In many ways, I’m average: I have two boys, 4 and 6. I’m happily married. I had a 10-year career in public relations and now I run my own business. Chances are someone in your life has a phobia or has to deal with panic attacks, but you don’t even know it.

I think I was probably born this way. My earliest memory of anxiety happened when I was nine. My grandma wanted to take me to the CNE on the bus — any child’s dream day — but I really couldn’t imagine anything worse. I hated going to huge public events like that: the fear of being in a large crowd, not being able to leave, getting lost or left behind. As I grew older, I refrained from doing certain activities with friends and family. Still, I just kept everything to myself and never thought to seek help. 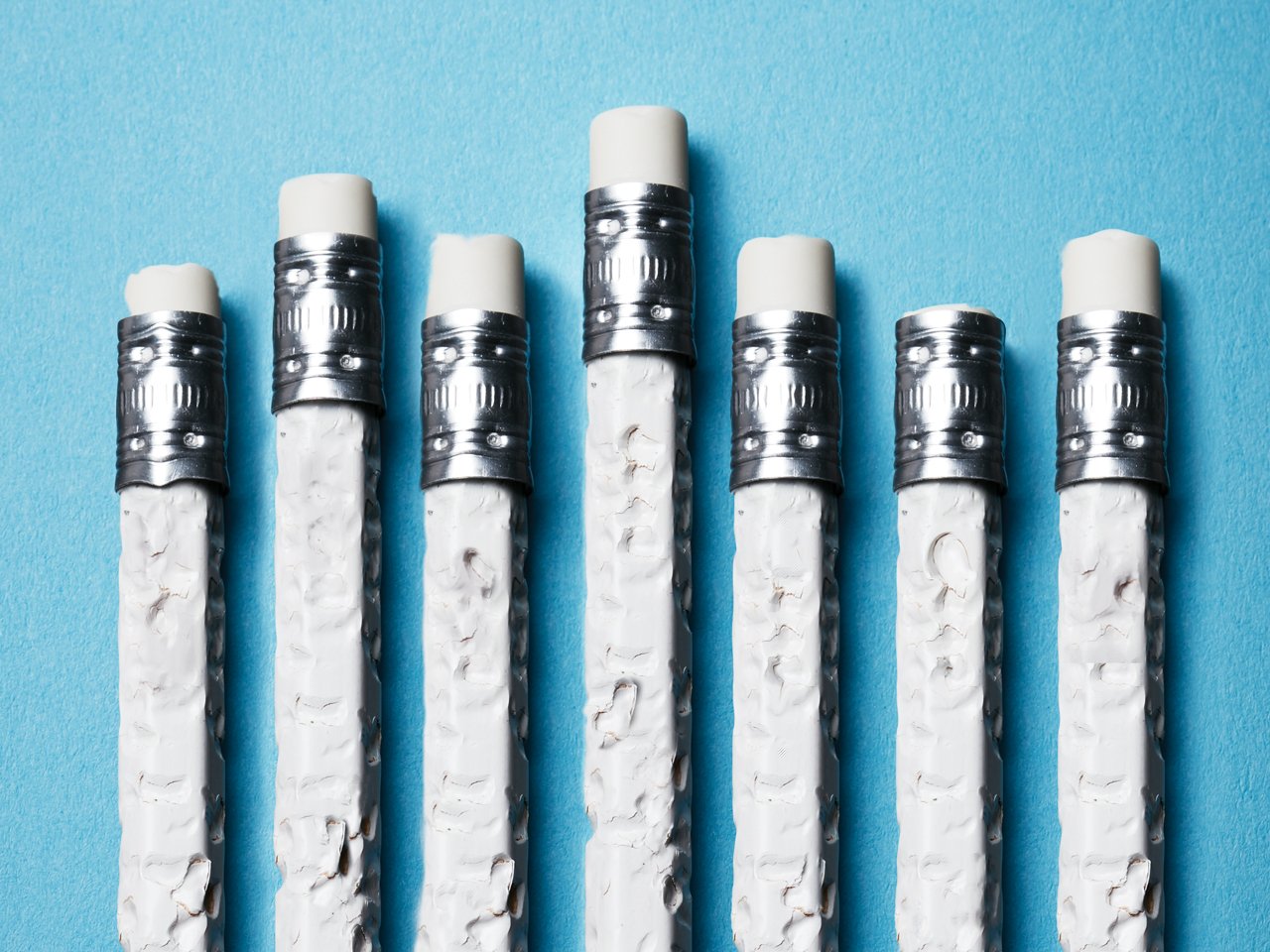 I Worry — A Lot. How Much Worrying Is Normal?

I have so much anxiety — the panic attacks, the phobias, they’re all mixed together. A lot of my triggers are confined spaces: like if I’m on a chairlift, in an elevator or on a packed streetcar or subway, I’m afraid of being trapped with a bunch of people. Even mundane tasks, like going to the grocery store, can trigger me. I have mapped out my life to avoid those things.

There were times at work when I’d have a major panic attack. I’d have to leave the office and go to the bathroom or walk outside just to calm down. Another big thing for me is food: I have emetophobia (fear of vomiting) so I get really panicky about getting sick after I eat. I’d never go to an all-you-can-eat buffet or sushi restaurant — and don’t even talk to me about oyster bars. When I worked in PR, client lunches with room-temperature deli sandwiches were really stressful for me. There are so many things I wish I could be laissez-faire about.

The first time I sought help was five years ago. I had a very traumatic delivery with my first son that ended with an emergency C-section. (I’m anxious around sick people and hospitals too. I’ve got a lot of things.) Getting through that experience was huge. I thought, “Wow, I did it! I was in the hospital, had my baby and a massive surgery, and I got through it!” 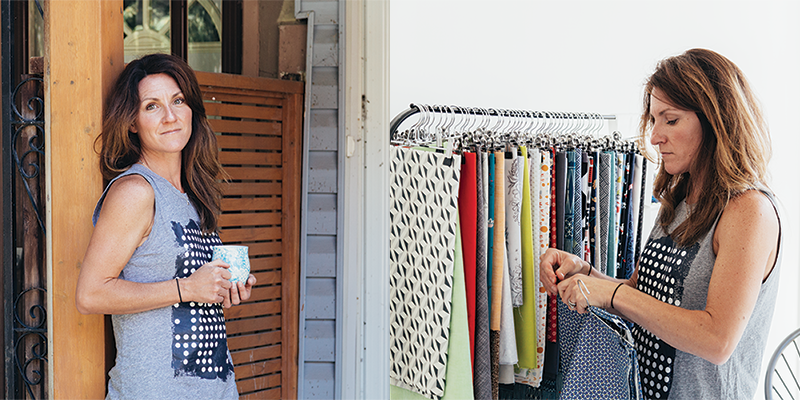 Becoming a parent made Alanna, 36, think twice about how she was letting fear rule her life. (Photos, Reynard Li.)

Being off on mat leave, I had a lot of idle moments to reflect on my anxiety, and, in my new-found role as a mother, I realized I have someone looking to me to make decisions and take care of him and keep him safe. That made me really think, “I can’t let this fear run my life anymore.” Ethan was the impetus for me to come out of the closet, so to speak. It wasn’t until then that things really started to change for me, for the better.

I confessed everything to my husband and explained that I wanted to seek professional help. The relief that gave me was amazing — just getting that elephant off my chest. My doctor referred me to a cognitive behavioural therapist, who helped me understand panic attacks and analyze my triggers.

Even just having him assure me that I can’t die from a panic attack was incredibly comforting. From there, I was able to take the skills he gave me, combine them with my own research and come up with coping mechanisms.

I wish I hadn’t kept my anxiety a secret as long as I did — for 30 years! Therapy was expensive, and a big commitment, but it was very helpful. You can buy books and Google stuff and do worksheets, but you really need that person on the other side to listen and talk and give you tips. As soon as I started opening up about it, I couldn’t stop.

For a long time, I thought there was something wrong with me. I thought that I was alone, that this was my life and I just had to deal with it. People need to understand that even “normal-seeming” people have these kinds of problems. I still have bad periods, but it’s definitely better than it used to be. I still suffer from panic attacks and phobias, but now I have coping mechanisms to help manage my more intense feelings.

I’ll do deep breathing or I’ll put my earbuds in, if I’m by myself. If I’m with my kids, I’ll focus on them or hold their hands. I know now that the best thing to do is stay in the situation. The more you focus, the more you realize the world isn’t going to implode. So I close my eyes and wait for the feeling to pass. I know it will.