What Has The Pandemic Done To My Brain—And Can It Be Fixed?

Experts say living through the past 16 months has impacted our memory, mood and cognition. Here’s how to move forward. 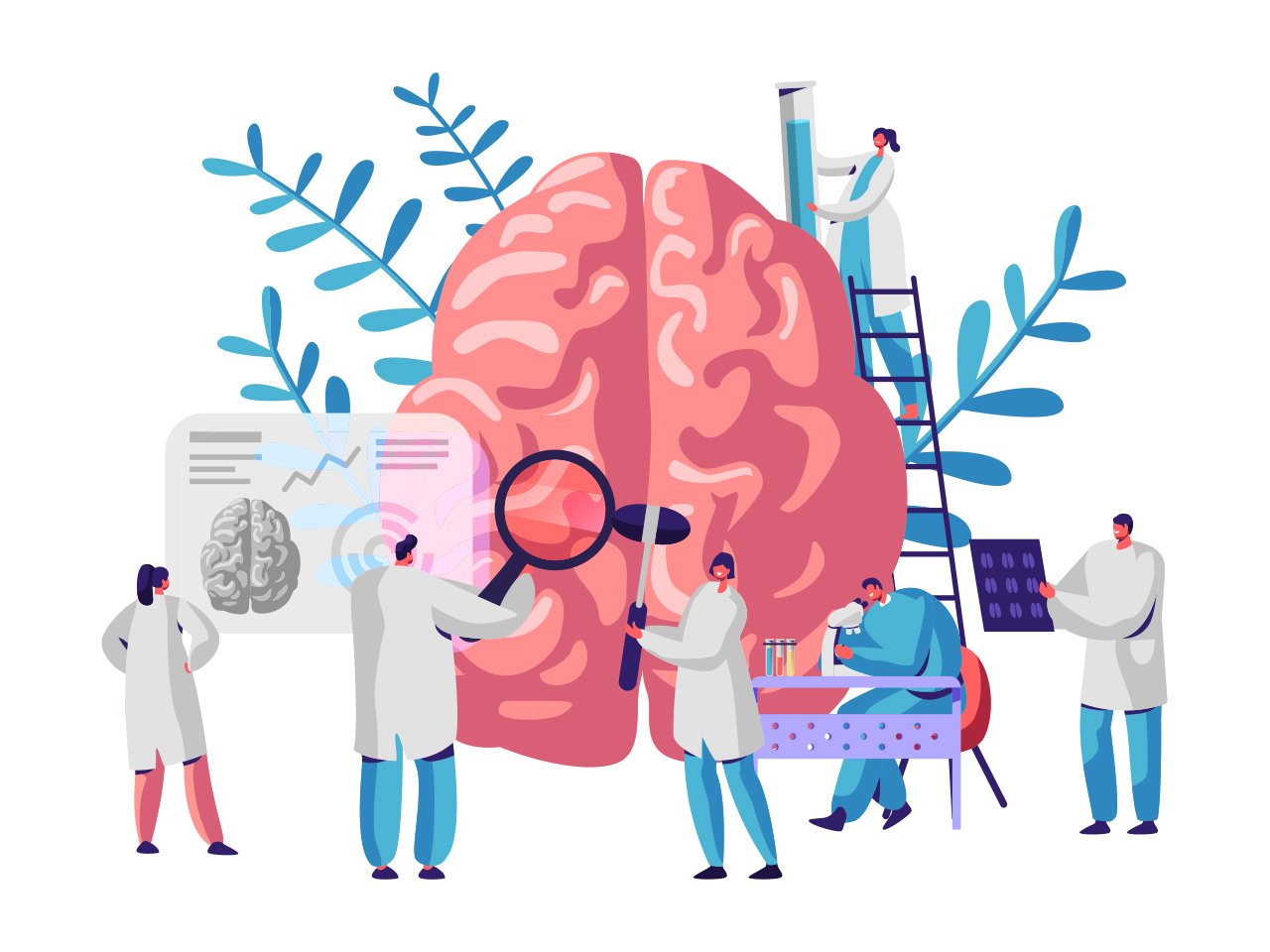 The pandemic has upended the way we live our lives, forcing us to isolate from loved ones and adjust to new ways of working. It’s impacted our mental health too: for many of us, stress, grief, and loneliness have been constants. While research is still emerging, experts say that the pandemic has also impacted our brains, including memory, mood and cognition. And, as we start to reopen, some of those effects might linger.

How we are (and aren’t) remembering the pandemic

There’s a reason why the pandemic made many of us feel like time has no meaning—and it’s partly explained by how we remember our days. Different parts of your brain help with memory, but the hippocampus—named after its seahorse-like shape—plays an important role in helping you recall old memories and form new ones.

One of the things the hippocampus is good at is forming “distinct new memory traces,” says Mary Pat McAndrews, a senior scientist and neuropsychologist at the Krembil Brain Institute in Toronto. These distinct memory traces help you tell the difference between what today and yesterday looked like, but that becomes harder to do when all your days look the same. Many of us have been living and working within the same four walls without experiencing many new or interesting events—your memories of yesterday or the day before might pretty much look the same. And although the hippocampus is still helping store these similar memories, something would really have to stand out for it to be clearly encoded into our memory, says McAndrews. (These days, she adds, that might be something as basic as getting a haircut.) With fewer distinct memories, it can be hard to tell days of the week apart, making it feel like time is meaningless.

Teresa Liu-Ambrose, director of the Aging, Mobility and Cognitive Health Lab at The University of British Columbia in Vancouver, adds that we tend to better remember events that are tied to an emotion. But doing the same things on repeat makes it less likely for that to happen. “For most of us working from home, there’s not as many cues or emotions tied to memory, whereby you would then code that memory solidly in your brain,” she says. “Now, it just probably is an event that passes, and you don’t pay attention to it.” This is also why memories of your more uninteresting days at home might be less detailed or fuzzy to recall.

Stressed and anxious? You’re not alone

The pandemic has drastically changed our social lives. We’ve also had to navigate the general stress, anxiety and uncertainty of when it will end. With all these changes, Liu-Ambrose says it’s no surprise that you might feel your mood impacted on a daily basis.

In her private practice, Dominique Morisano, a psychologist and professor at the University of Toronto, says that she’s seen a “massive increase” in the number of people looking for counseling during the pandemic—she eventually had to close her waitlist. While people have been affected in different ways, Morisano says it’s normal to feel distressed while adjusting to a new reality. “Has the amount of distress, stress, anxiety and general existential anger and sadness gone up? One hundred percent,” she says.

What about brain fog?

If you’ve felt yourself struggling to find the right words or pushing yourself harder to stay focused, you might be experiencing “brain fog.” It’s not a medical diagnosis, but instead a term used to describe feeling like your thinking is unclear or sluggish. There’s not a lot of research to suggest that our language or intelligence has been impacted during the pandemic, but things like focus, concentration, creativity and our ability to plan ahead may be some of the areas that have been affected, says McAndrews.

If you’re usually good at multitasking, for example, but you’ve spent too many sleepless nights writing a proposal, then you might end up being less efficient at juggling different priorities than if you were well-rested and alert. It doesn’t necessarily mean that you’ve lost the ability to multitask, but just that it now takes longer or requires more energy to do so. Our brains during the pandemic might be working in the same way, says McAndrews. While there isn’t just one reason as to why that is, Liu-Ambrose says disrupted sleep schedules caused by stress or added responsibilities working from home are likely to blame—research has shown that sleep is critical to how we perform, and disrupted sleep over time is bad for our cognitive health. Changes to our mood, especially with the increased levels of stress, anxiety and uncertainty that the pandemic has brought, are another factor impacting cognitive health. “We’re in situations every hour of every day where there’s fear and anxiety in our brain,” adds Morisano. “And so, if it’s a bit foggy and a bit tired, it makes a lot of sense.”

Ada Leung, a professor at the Neuroscience and Mental Health Institute at the University of Alberta, believes that doing the same things on repeat also impacts cognition. Studies have shown that brain activity decreases when people are doing the same tasks and training over and over, leading some researchers to suggest that the brain doesn’t require as much energy to process the same experiences. Working from home and in front of a computer all day also leaves the brain less stimulated than if you were to be in the office with friends and colleagues. Though more research needs to be done, Leung says that our physical environment coupled with stress and anxiety can have an impact on our focus and ability to learn.

Being mentally exhausted and burnt out can feel the same—but they aren’t. Burnout is stronger in intensity than general fatigue and happens when you are overworked or try to do more than you can fit into a day. Burnout can also affect your days more significantly, impacting your performance at work or your ability to do simple tasks. Anyone can experience burnout, and Morisano has seen it among people who have started to work longer hours, either to make ends meet during the pandemic or fill their spare time in the absence of friends or social events. Parents have also been struggling as they juggle work responsibilities and their own relationships, all while trying to parent and teach grade school math.

Fatigue, on the other hand, is a more commonly shared experience. “Everyone living through the pandemic has experienced fatigue at different levels,” says Leung. Doing the same things on repeat without any way to tell the days apart, coupled with the stress and uncertainty of when the pandemic will end, can lead to a sense of tiredness and mental exhaustion. Morisano adds that people can be burnt out while also feeling generally fatigued by the pandemic, but it varies depending on the person. “For some individuals, the same experiences can have profound effects, and for others, not so much,” she says.

Will I ever be myself again?

Although we might be eager to press play on our lives as things start to open up, Morisano says that it will likely take time for people to readjust to large crowds or even make small talk at the water cooler. Part of that is because of the way our brains are wired, explains Liu-Ambrose. For the last 16 months, our routines have involved isolating at home while constantly hearing public health messaging that that was for our own safety—and suddenly changing that routine might be difficult for some. “It’s going to feel similar to your first day back at work after a long vacation,” she says about life after restrictions are eased. “Even if it’s the same work that you’ve been doing for the last 20 years, the first day back always feels exhausting. This is because your brain has gotten used to a certain routine and now you’re switching it back on quite quickly.” People will need time to adapt to a post-pandemic reality, says Liu-Ambrose, and public health guidelines will need to consider how best to gradually transition people back into public and work spaces, both for our mental and physical wellbeing.

As for those struggling with brain fog, McAndrews says that addressing any of the factors that make it worse, such as poor sleep or increased stress and anxiety, should result in improvements. When it comes to reopening, though, overstimulating your brain can be a bad thing. According to the Yerkes-Dodson law, increased psychological or mental arousal can improve your performance—but only to a certain point. If you’re overstimulated, then your performance starts to decrease again. “There really can be too much of an otherwise good thing,” she says. For this reason, people will have different paces that they’re comfortable returning to post pandemic life, and she recommends doing self checks to gauge how you’re doing—similar to how you would if you were returning to a sport after an injury. Mindfulness exercises can also help if you are feeling overwhelmed.