Everything You Need To Know About Over-The-Counter Painkillers

From Tylenol to Advil, what to take when—and how much is too much. 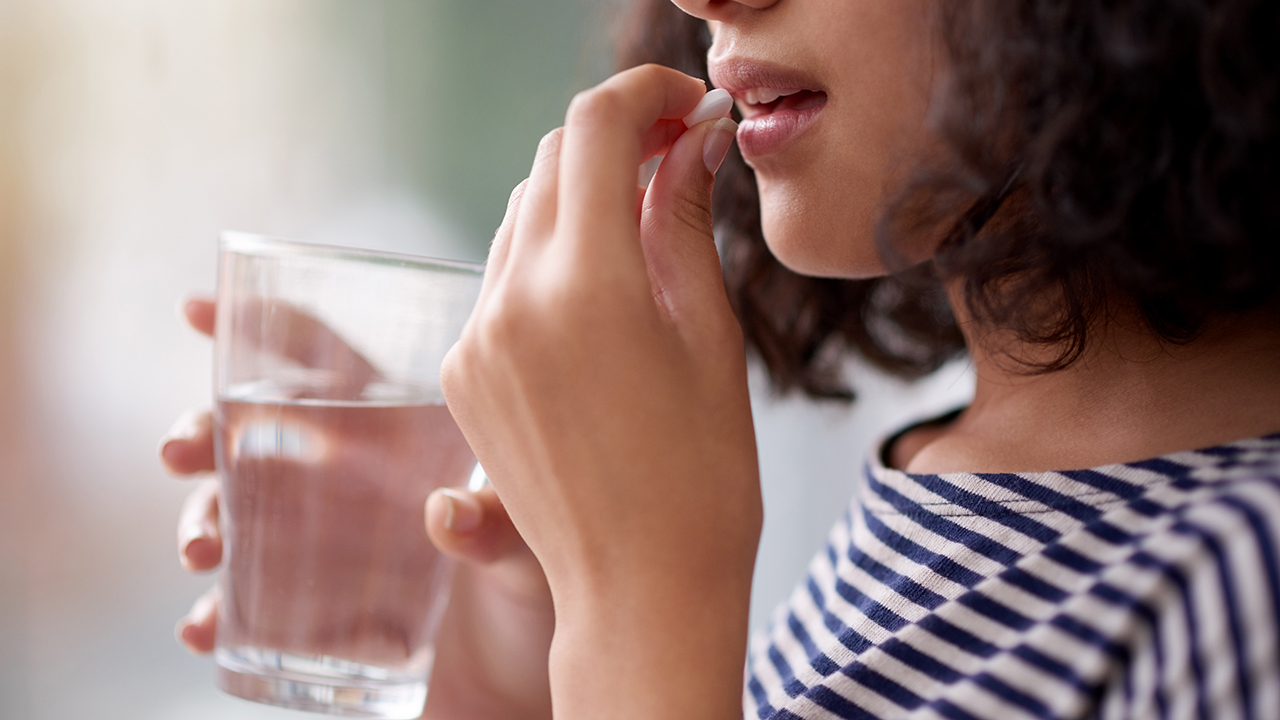 Whether we’re taking them for headaches, fevers or cramps, painkillers are one of the drugs Canadians reach for the most. And if you’re like me, you often just grab the nearest bottle off your shelf without really thinking about what type is best for your pain. But the truth is, some painkillers are better suited than others to treat certain ailments—and you need to take them carefully, since taking too much can cause serious side effects (including organ failure). Here’s what you need to know about what’s in your medicine cabinet:

Acetaminophen (a.k.a. Tylenol) works on all types of pain—including fevers, headaches and joint pain. Because it’s less likely to upset your stomach than other types of painkillers, it’s often seen as a go-to pain fix. It’s also included in over 600 prescription medications and over-the-counter drugs, like all-in-one cold and flu pills—so it’s important to make sure you keep track of how much you’re taking from all sources, so you don’t accidentally take too much.

Acetaminophen is more dangerous than you might think. Because it’s processed through your liver, if you exceed the upper limits of how much to take—4,000 milligrams (mg) a day—it can cause liver failure (an extra-strength Tylenol contains 500 milligrams).

According to Health Canada, acetaminophen is actually the main cause of acute liver failure—where, over a few hours or days, your liver suddenly stops working. Even at the recommended dose, using acetaminophen for an extended period of time, taking it if you have liver disease, or taking it if you regularly have more than three drinks a day, can also lead to liver failure. In 2011, Tylenol reduced its maximum recommended daily limit to 3,000 mg for products sold in the United States to help prevent accidental overdoses—though the higher limit remains in Canada.

Nonsteroidal anti-inflammatory drugs, like ibuprofen, Aspirin, and Aleve reduce fevers and pain—and as an added benefit, they also help fight inflammation. “Anti-inflammatories are a good choice for headaches, muscle strains and menstrual cramps,” says Dr. Brenda Lau, a pain specialist and the co-founder of the CHANGEpain Clinic in Vancouver.

There are a few basic types of NSAIDs: Acetylsalicylic acid, which is what’s in Aspirin, is a good choice for short-term issues like headaches and tooth pain. But it can cause stomach upset and even larger issues, like ulcers, if it’s taken for a long time. (Low-dose Aspirin can also help people with cardiovascular disease—since it prevents blood clotting, it can help prevent blood clots and stroke. But it’s come with the risk of serious bleeding, so it’s best to talk to your doctor about whether it’s a good choice for you.) Ibuprofen (what’s in Motrin and Advil), is a better option for longer-term issues, including arthritis, cramps and back pain, because it’s less likely to cause stomach issues when taken for a longer period of time. Naproxen (what’s in Aleve) lasts longer than ibuprofen, so you can take it fewer times a day, but it can also cause GI issues.

NSAIDs work by blocking your body’s production of cyclooxygenases (COX). These are produced around injuries and inflammation—but they also help your kidneys function and protect your stomach. So taking too much NSAIDs, or taking it for too long, can result in serious stomach issues, like ulcers, and bleeding.

The main issue with Ibuprofen is that it can cause stomach problems, especially if taken daily. Don’t exceed the maximum of 3,200 mg per day. (An extra-strength Motrin has 300 mg in it.)

Acetylsalicylic acid can also cause stomach bleeding and pain. Its maximum daily dose is 4,000 mg (an extra-strength Aspirin has 500 mg). And it shouldn’t be given to kids, because in rare cases, children with viral illnesses, like the flu, have developed Reye’s syndrome—a rare condition that affects the brain and can be deadly—from it.

Naproxen generally has a maximum dose of 1,000 mg a day (a regular strength Aleve is 220 mg). It has been linked to stomach issues, especially with long-term use.

Finally, be aware that NSAIDs add up—you shouldn’t take acetylsalicylic acid, naproxen or ibuprofen together, because they’re all processed by your body the same way and you could accidentally take too much.

How do generics and brand-name painkillers compare?

“The drugs are equivalent,” says Lau, but some people notice minor differences between brands. That’s because Health Canada and the FDA have regulations that ensure that generic drugs have the same medicinal ingredient in them, and they have the same level of requirements to prove that they’re safe and effective. But they might have different non-medicinal ingredients, such as fillers or colours, and some people find they prefer certain brands as a result.

The same goes for what types of pills you choose. “Some people have moisture issues and like the gels, some find the smaller tablets better, and others are most concerned about the cost,” says Lau. “It just comes down to different preferences.” Enteric-coated pills are less likely to bother your stomach, because they release the drugs in your intestines, not your stomach, while liqui-gels and fast-dissolving tablets work faster than regular ones.

When should you talk to your doctor?

No matter what type of painkiller you’re using, “you don’t want to be taking over-the-counter painkillers regularly for longer than four weeks,” says Dr. Lau. If you take them for longer than that, you’re risking damage to your kidney or stomach—even at a lower doses. “People can tolerate pain for a long time, but it often really behooves the patient to go and seek other alternatives,” she says. Instead of looking for short-term relief, ask about other options to treat your pain, like a physio for back pain or trigger tracking for headaches.

You should also reach out if your pain doesn’t feel typical to you. “You know what’s normal for your body,” she says. “If there are other symptoms, like swelling; if you’re not feeling a little better every day; if you have a headache and it doesn’t wax and wane as it normally does, it’s time to talk to your doctor.”