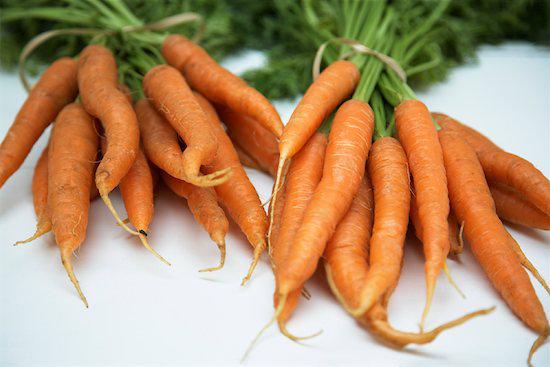 The other day I asked my husband how much gas was left in the car. “About 1/3 of a tank,” he replied as we drove down to his work. Minutes later, once I dropped him off and slid into the driver’s seat, I — out of habit — glanced at the gas tank. What? It’s only ¼ tank! I thought to myself. And so, as I stopped to fill up, I reflected about whether this was a metaphor for our relationship. He is, and always has been, the more optimistic half of our couple. Me, I’m always convinced doom is lurking around the corner.

It seems, however, that a tweak in my diet could bring out a more optimistic side to my glass-half-empty-thinking. So discovered Julia K. Boehm, a researcher with the Harvard School of Public Health. Her discovery? That eating foods with beta carotene is linked to higher levels of optimism. Her study, which surveyed some 982 people, linked foods rich with beta carotene and their smoking status with higher levels of optimism.

“This is the first study to look at the association between optimism and these serum antioxidants,” notes Boehm. “Very little research has examined the association between psychological characteristics and serum antioxidants.” While some work has been done looking at how psychological concerns such as depression, hostility and stress is connected to antioxidants, no other study has looked at the connection to well-being connected and these antioxidants. (Antioxidants like beta-carotene act to protect and fix the damage of free radicals on our cells.)

That said, it’s not just noshing on foods thick with beta carotene such as carrots, sweet potatoes, kale and spinach that gave subjects the optimistic boost Boehm is careful to add. “Additional analyses suggest that the relationship between optimism and carotenoid levels can be partially explained by the fact that more optimistic people tend to engage in healthier behaviours such as eating fruits and vegetables and avoiding cigarette smoking,” she adds. “But our findings indicate that optimism may not only have psychological benefits, but may also have benefits for one’s physical health. Moreover, because we can’t be sure of the direction of the relationship, I would also recommend eating more fruits and vegetables!”

Hmm. Maybe the next time I drop him off at work, a pit stop at the grocery store is in order…