What it feels like to smile for the first time

People with Moebius Syndrome have facial paralysis. Kelsey Ferrill explains how a pioneering surgery allowed her to express herself. 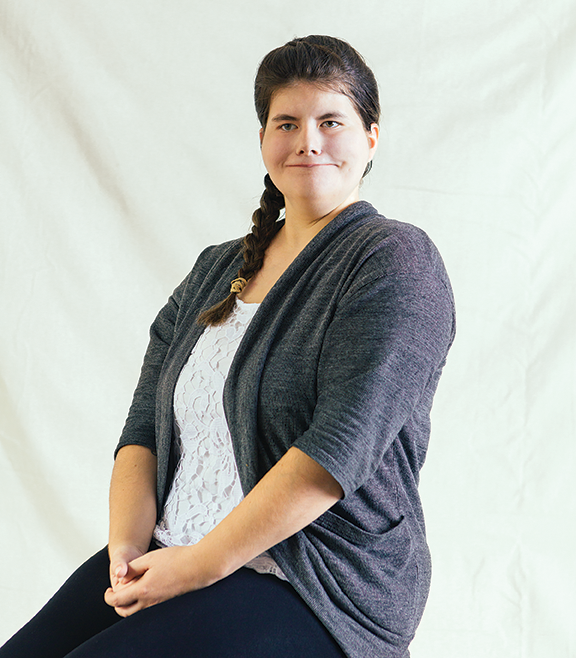 When I was born, the doctors had no idea what was wrong with me. Because Moebius Syndrome is so rare, no doctor in Calgary had come across it. They initially thought it was Pierre Robin Syndrome [a congenital condition marked by jaw deformities]. I was six months old when I was finally diagnosed. My parents spent hours in the hospital library trying to learn everything they could about Moebius — obviously they had never heard of it before.

I had no facial movement whatsoever; even my eyes were essentially frozen at this stage — something surgery helped correct. Other early surgeries addressed a cleft lip and club foot, and when I was five and six, I had smile surgeries at Sick Kids Hospital in Toronto by Dr. Ronald Zuker, who pioneered the technique.

The surgery involves taking muscles and nerves from the thigh and transplanting them into the face. Mine were implanted behind my ears, and you can still see the scars. There was a long recovery period — I had to wear an [apparatus] that hooked behind my ears and held up the sides of my mouth — and it took four months for the nerves to regenerate.

But I finally got the ability to form my version of a smile. It’s definitely unique: I can’t show teeth, and when I smile wide, my mouth just spreads straight across. 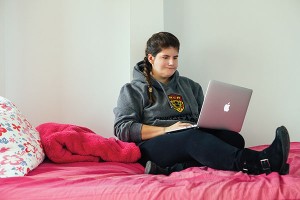 I used to stare at myself in the mirror and smile repeatedly because I was fascinated by my new facial movement. It was incredible: For the first time, when I had school pictures taken and the photographer told me to smile, I could. It allowed me to communicate, at least on some level, with people through facial expression. I don’t have feeling in my cheeks, but I honestly don’t notice the lack of sensation anymore. And I can’t move my eyebrows, so I guess I have a good poker face.

The little things that average people take for granted — like grimacing and showing surprise — I can’t do. How many times have you told a joke and looked to someone’s face to gauge if your joke was funny—to see whether they are sad, angry or happy? I have had to find other ways to express myself.

Speaking is still difficult because of the paralysis of my tongue. I love to write because I can express myself so much better than I could if I were talking. I have a blog to raise awareness about Moebius and try to post regularly, although life tends to take over. My friends say what little expression I do have is in my voice and my laugh. When I’m angry, my body language changes. But for the most part, I’m an upbeat person.

It’s been a rough road, but I don’t feel resentment about any of it. The best part about having the ability to smile is that now I can show a bit of joy in photos and acknowledge people when they speak to me or smile at me in passing. They know that I’ve seen them. I can let them know that I am happy.

Related
What it feels like to live with undiagnosed autism
Arthritis can also affect young women
Coping with a sick spouse: One couple’s touching story