Menopause Is No Party, But We Threw One To Celebrate It

My friend's "perimenoparty" was a chance to discuss hot flashes, body hair, sex drives and how to get the health care we deserve. 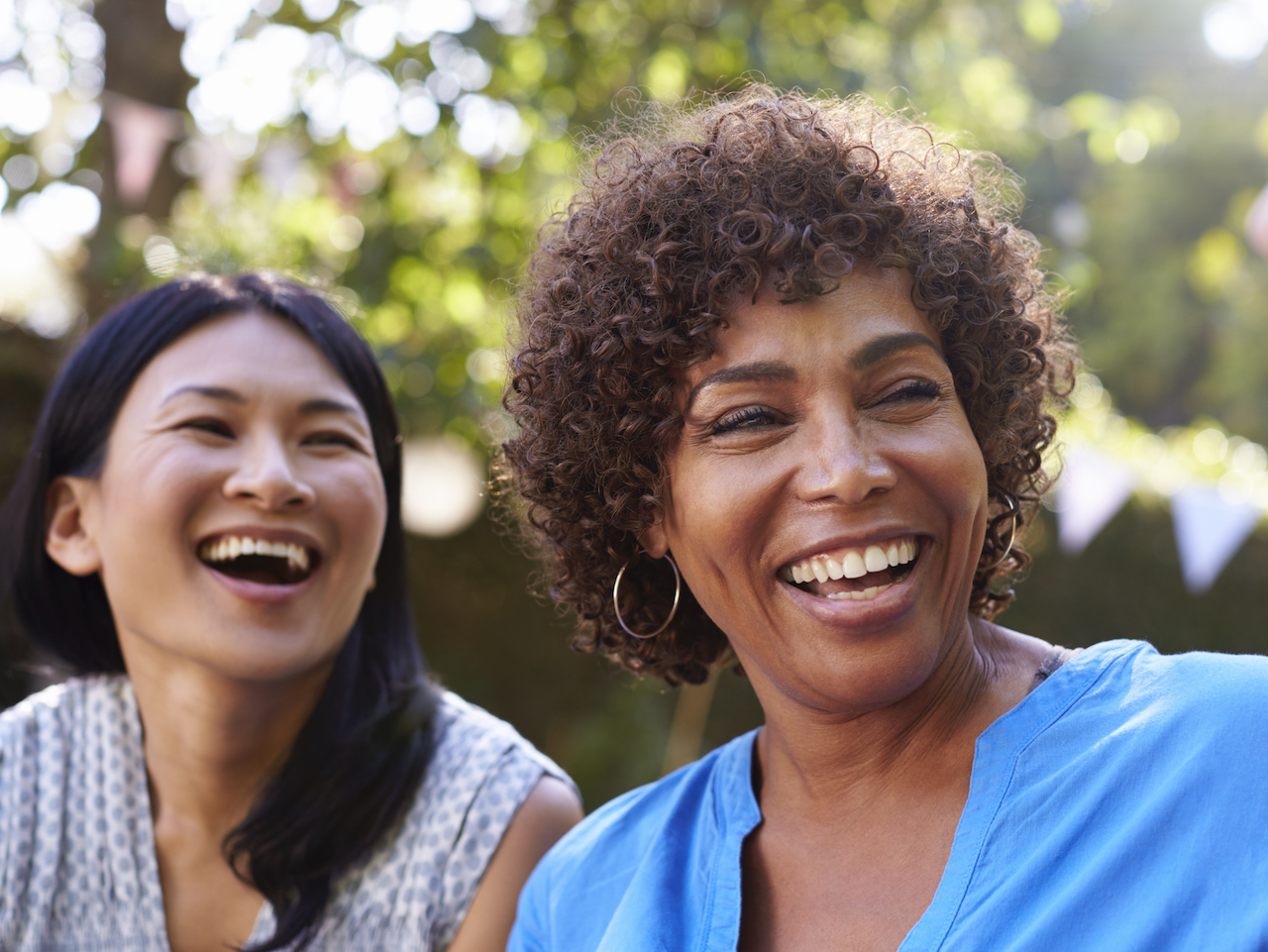 My friend Kathryn organizes a twice-yearly clothing swap. A few years ago she stopped, and I’ve been amassing ridiculous amounts of jeans and t-shirts since. So when I saw her email drop into my inbox, I figured it must be time for a spring swap. I almost spit out my iced tea when I read the subject line: “Is it hot in here or is it just me? A Perimenoparty”

My first thought was “No! I am not there yet.” Sure, I’m 48 years old in real years, but in my head I’m still in my 20s. I can’t be approaching menopause. The only sign I’ve seen so far is that one goat hair–you know the one. You check for it every day under your chin, but it’s never there. And then one day, you wake up, and boom! It’s not only there, it’s two inches long and wiry as a whisker.

But the more I thought about it, the more intrigued I was by the idea. What exactly would happen at such a gathering? Was it a bitch session? A lunch and learn? Who would even be there? A perimenoparty. I clicked on the email and discovered Kathryn was suffering. Turns out for the past year or so, she’d been going through it herself and was having a tough time. She was now seeking help from those who’d gone before her and hoping to comfort others in her wake.

Kathryn, I should mention, is a very helpful person. It gives her joy to help others. She’s so good at it that she’s even made a career of it. If she was the one needing help for once, I was going.

I was one of the last ones to arrive, and the first thing I noticed was the alcohol. There was none. Zero. These women were serious. There were 10 of us, ranging in age from 38 to 58. There was no booze, but there was food: we’d each brought something for the brunch table and after snacking, catching up with the people we knew, and meeting those we didn’t, we got down to business.

Kathryn, ever meticulous and organized, handed each person a Post-it pad and a Sharpie. She then announced that we would spend the next 10 minutes writing down all the indicators of perimenopause we were experiencing, one per page. “Indicators,” she repeated. “Not symptoms. I refuse to refer to such a normal and predictable life stage as some sort of disease.” I was already glad I came.

I immediately picked up my marker and wrote “goat hair.” I pulled off the note and paused, trying to think of another. Everyone around me was scribbling madly. I struggled for something else to write. I jotted down “less hair growing on my legs.” That’s a good one. But I really couldn’t think of any others.

Next, we sat in a circle, and one by one, took a turn reading off our post-it notes. As we read, we tore off each note and affixed it to the patio door, where notes were clustered according to theme: sleep, hair, periods, sex, etc. By the time it was my turn, I realized that I had experienced almost every one of the indicators the women before me had listed. I had just never associated them with menopause.

Waking up to pee, disgusting night sweats, horror-movie scene periods, fatigue… I had all of these. But I’d begun experiencing them during pregnancy, and had convinced myself that they never went away. Now, I realized that there were years that I didn’t have night sweats, but they had come back with a vengeance.

As Kathryn had hoped, the circle was a chance for those who had come before to offer some amazing advice and reassurance to those who were at earlier stages of the change. Some women were terrified of HRT due to the never-ending list of side effects. But they heard from women who’d been helped by it, claiming it had completely eliminated night sweats, hot flashes, and improved sleep by an amazing degree… not to mention increasing vaginal lubrication (bonus!). One woman spoke up about her increased sex drive, only to find she wasn’t alone at all. We all laughed about the stray hairs, which I guess are doomed to remain one of life’s mysteries.

The most meaningful part, was when one woman, in her mid-50s, realized that she needed to change doctors. Hearing the care other women were getting forced her to see hers wasn’t on the same level. Her doctor refused to even entertain her request for HRT until she’d gone a year without a period, instead suggesting other things, like a monthly dose of Prozac or natural remedies. She ended up lying to him, got a prescription, and saw her sleep and overall quality of life improve to a large degree. At the party, she realized she shouldn’t have had to jump through hoops to get proper treatment.

When I talked to Kathryn about it afterwards, she said that for her, the main benefit was that everyone came out of it feeling not quite alone as they might have beforehand. “Now they’re armed with some practical suggestions for handling the physical and emotional changes we’re going through,” she said.

Personally, I came out of it ready for my time, whenever it comes. If these kick-ass women can get through perimenopause, so can I. Even if the experience isn’t exactly a party.