The Long-Term Effects Of IVF: What We Know—And What We Don't

There’s a push to learn more about the procedure, its potential links to conditions like cardiovascular disease, and uncover the questions we don’t even know to ask yet. 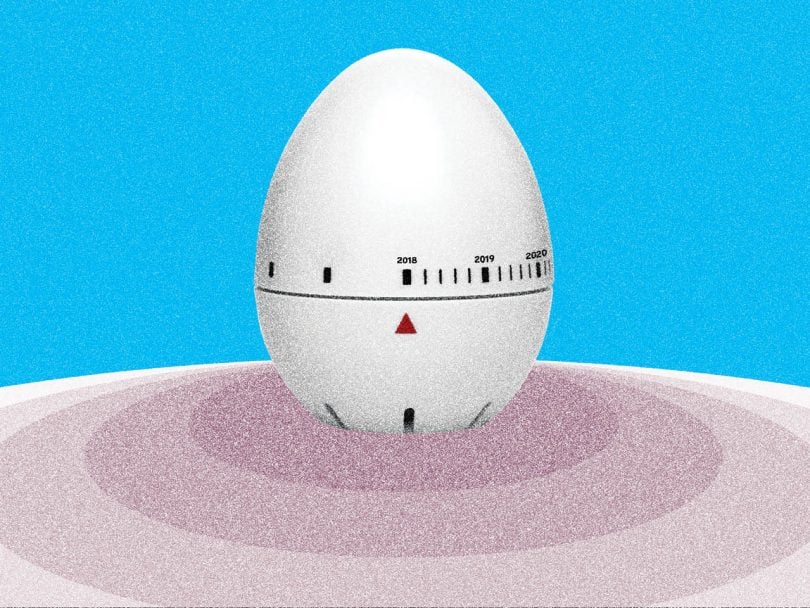 It’s been more than 40 years since the world’s first IVF baby was born in England. That infant, Louise Brown, came into the world surrounded by controversy. There were debates about the ethics of making “test-tube babies” (even the Pope weighed in) and worries that the child or the mother would suffer some kind of lasting health effect.

In the decades since, in vitro fertilization has shifted from being front-page news to a standard choice available to couples struggling with infertility. Refinements in the procedure have boosted the average success rate of an IVF cycle from 10 percent to 40 percent, and research has helped doctors identify the most common side effects and risks during pregnancy and birth.

But there is still a dearth of research that focuses on the long-term impact of the fertility drugs (which boost hormones) that are almost always part of the IVF cycle; almost all the studies so far have tracked only success rates and what happens during pregnancy. “There are still clearly gaps, in terms of the long-term side effects, that we need to look at more in depth,” says Jacob Udell, a cardiologist and clinician-scientist at Women’s College Hospital in Toronto. “We’re now starting to look at these tough questions.” This information is key for the one in seven couples who suffer from infertility in Canada, especially those who choose IVF, which leads to 1 to 2 percent of births every year.

[contextly_auto_sidebar]
One area of concern is the possible link between fertility treatments and future risk of cardiovascular diseases. Higher levels of estrogen used to induce ovulation can lead to a slightly increased risk of blood clots immediately after fertility therapy, says Natalie Dayan, an assistant professor of medicine at McGill University and director of obstetric medicine at the McGill University Health Centre in Montreal. But it’s unclear whether that increased risk lasts beyond pregnancy. The exogenous hormones used to stimulate ovulation may also disrupt the linings of blood vessels—and again, it’s unknown whether that continues in the long term. IVF also seems to be linked to a higher likelihood of pre-term delivery and pre-eclampsia, both of which are associated with cardiovascular disease later in life.

Udell dug into these links with a study that appeared in the Canadian Medical Association Journal in 2017. It compared women who underwent IVF and didn’t get pregnant after a year with those who had the same treatment and did conceive. It found that those who had unsuccessful fertility treatments were 19 percent more likely to have heart problems, including heart failure, later in life. That translates to four additional events per 1,000 women, explains Udell.

And those cases may not be caused by IVF—rather, “fertility therapy might act as a stress test,” Udell says. The women who didn’t get pregnant might have had an underlying condition that both caused the infertility and could also lead to heart disease later in life. Polycystic ovarian syndrome, for example, causes infertility while also putting women at a higher risk of diabetes and obesity, which are both precursors to heart disease.

What about women who do get pregnant? Udell and Dayan co-authored a recent meta-analysis to determine what we know about cardiovascular disease and IVF, whether it’s successful or not. The review looked at six studies involving nearly 42,000 women who had received fertility therapy. It found that, while there wasn’t a higher risk of a cardiac event or diabetes, there might be a link to an increased risk of stroke. How high that risk is, however, still isn’t known. “There’s no signal that there’s [immediate] harm,” says Dayan. “But there were only six studies—so our conclusion was that there really is limited information out there on the long-term risks. There just isn’t enough data yet.”

Another concern in the past, Dayan says, was that the hormonal surges caused by IVF may make certain cancers more likely to develop. The first small studies on this, done in the 1990s and mid-2000s, suggested that women who underwent IVF might be more likely than the general population to be diagnosed with ovarian cancer, breast cancer and uterine cancer. But larger studies investigating the issue don’t show the same link.

One from Denmark, published in 2009, looked at more than 50,000 Danish women who took fertility drugs and found no increased risk of ovarian cancer. Another, published in 2011, looked at over 24,000 Swedish women and found that IVF actually decreased the chances of those three common cancers.

“The ‘net net net’ result is we can be reasonably reassured that there is no impact of fertility drugs on [these] three types of cancers,” says Alan Penzias, a reproductive endocrinologist and one of the co-authors of the American Society for Reproductive Medicine’s guidelines on fertility drugs and cancer.

Over the next decade, Canadian women can expect to have better information about the issue. A new collaboration called FERTILE, co-led by Dayan and funded by the Canadian Institutes of Health Research, brings together a diverse group of experts to talk about the research they think is most important around the health impacts of fertility therapy, share information and collaborate on upcoming research projects. “We have researchers, epidemiologists, fertility experts, cardiologists and a number of other specialists to look at the health effects on both mother and child,” explains Dayan.

She is hopeful that this program will result in knowing more about what problems might come from fertility treatments and possibly even bring about personalized therapy for people who might be at an increased risk of long-term effects, such as women with pre-existing cardiovascular conditions.

In the meantime, a more robust registry system that connects both IVF success and health outcomes is still needed, says Heather Shapiro, past president of the Canadian Fertility and Andrology Society and an infertility specialist at Mount Sinai Hospital in Toronto. “With better registry systems, we could follow people longitudinally, both for the questions we ask today and for the questions we don’t even know to ask yet.”

Advances in tracking and more information from publicly funded IVF treatments, such as the Ontario government’s Fertility Program (which offers funding assistance to those under age 43), are a step in the right direction. “With data surveillance improving in Canada, better types of studies are becoming feasible,” says Dayan. “We’re now in a position to look ahead. We’re still certainly a few years away from understanding the true long-term risks, but I know that, over time, we will understand this better.”

Without a lot of solid information to go on and no huge red flags, doctors don’t generally bring up long-term health effects with IVF clients, says Udell. “It’s not like we’re talking about catastrophes waiting to happen here,” he says, “and we’re not suggesting that women forgo fertility treatments because of this.” But he does think it should be raised more often, even just to point out the limitations on the current research. For people who have pre-existing conditions, like high blood pressure, diabetes or congenital heart disease, a specialist should be enlisted, Udell says, to discuss the pros and cons in more detail.

And, of course, any woman seeking IVF will be weighing any potential risks against a huge potential benefit, Shapiro says. “If you’ve known anybody who’s suffered from infertility, the desire to have a family is very strong,” Shapiro points out. “People might say, ‘I’m willing to do something that’s maybe a little bit risky, in a way we don’t exactly know yet, to go forward with this.’ ”

Watch: Why Am I So Tired All The Time? We Asked A Doctor, So You Don’t Have To