'We're Becoming Addicted To Being Right': Why Kindness Is Needed More Than Ever Right Now

Dr. Brian Goldman used to not worry about whether or not he was kind. Then someone who was hurting called him on it, and everything changed. 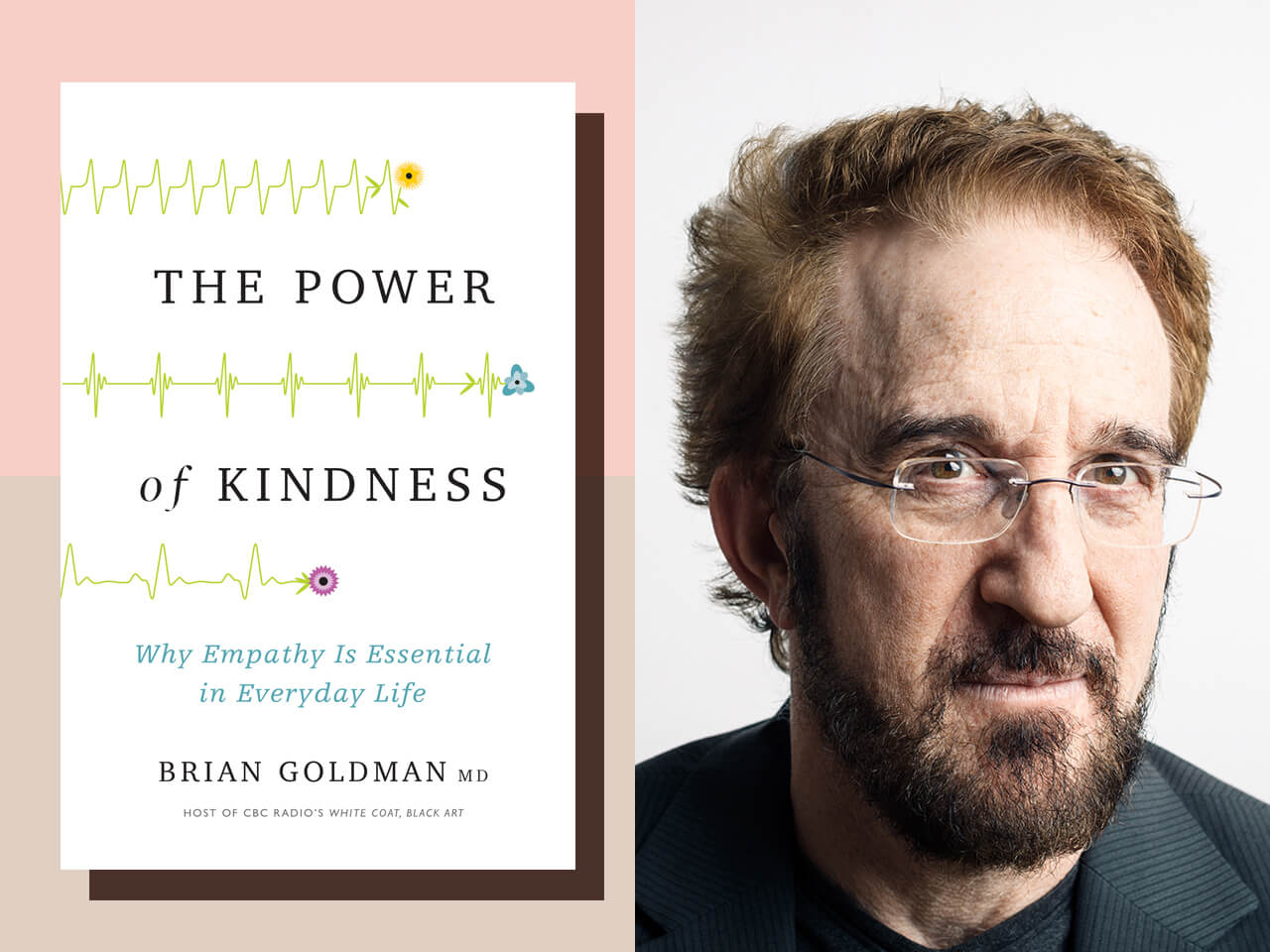 Dr. Brian Goldman, the veteran emergency physician and host of CBC’s award-winning radio show, White Coat, Black Art, has always been confident in his abilities to help patients. But when the husband of a patient suffering from a degenerative disease flat-out said that he had been unkind, it struck deep and prompted him to examine whether or not it was true — both in that particular instance, and in his life as a whole.

In his new book, The Power of Kindness: Why Empathy Is Essential in Everyday Life, Goldman searches the world for people pursuing kindness — from Mark Wafer, a Toronto-based coffee shop owner who hires people with disabilities to a research lab in Osaka, Japan, where he meets lifelike, empathetic robots — to find out what makes them tick. He even had his own brain scanned and met with the world’s top researchers to analyze his personality. He spoke with Chatelaine about the two-year long journey that has led him to believe that kindness is more important than ever.

What prompted this search, both inward and out in the world, for kindness?

We had a woman in the end stages of a neurodegenerative disease come in some years ago. On medical grounds, she didn’t need to be admitted to hospital, but the family was at their wit’s end and they wanted me to refer her to the internal medicine team. They weren’t interested in my opinion, they were using me as a conduit to get what they wanted. One of the family members challenged me in the hallway and asked “did you do the referral?” I remember angrily saying back to them, “I did what you asked.” 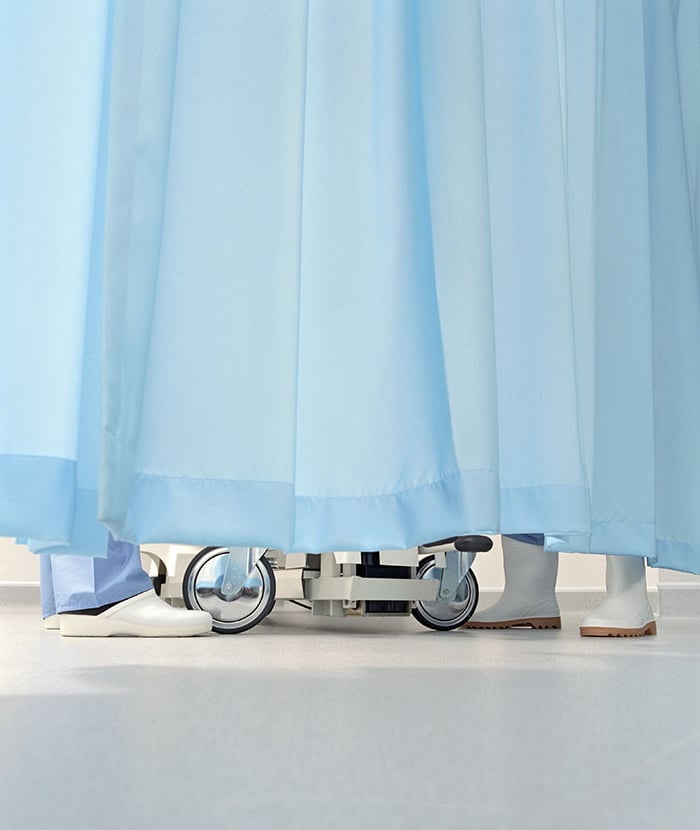 A few months later, the husband wanted to meet me. He basically said that I did everything correctly but I was unkind at the same time. [Physicians] think, in our worst moments, that patients don’t know anything about medicine. But who doesn’t know kindness and unkindness? Everybody knows that and there’s something very personal about being told that you’re unkind.

Fast forward to the last day of my father’s life. He was having chest pains so we took him to the hospital. I had worked the night before and I was exhausted so he told us to go home. I remember kissing him on the forehead and saying to him, for the only time in my life, ‘I love you.’ Hours later, my partner woke me up at 2 a.m. and I knew he was gone. I had missed my own father’s death.

I went back to the hospital where I saw my father lying in the bed with the most peaceful expression on his face. That’s when the healthcare provider, the internist, and the nurse came in and they burbled sentence fragments about how his heart rate and his blood pressure went down, and they had tried to reach us. But there was nothing there, there was nothing that was kind. It took me a long time to forgive them, because I was them. I have been them. So I set out to find out what it was about me. Was I born unkind? Was it the medical training that drove it out of me?

Why is kindness is important?

It’s what makes a lot of the adversities bearable, all the challenges of life we have to go through. Without kindness, none of that has meaning.

On another level, we have rising rates of burnout, depression and suicidal thoughts in healthcare. Not just amongst established healthcare providers, but students and residents too. To me, that is a symbol of a sick system. What’s missing in all this is kindness. We don’t have space to talk about our mistakes. We’re not kind to others because we’re not kind to ourselves— because we feel toxic shame about our mistakes. You can’t be kind to others while you’re being unkind to yourself or your colleagues. If we make the healthcare system a kinder place, then the natural follow will be we’re kinder to patients.

You write about how many careers harden people. Is it more emotionally taxing to be kind?

Your blood pressure and heart rate go up when you’re unkind, and it’s actually emotionally taxing to be unkind. Most of us don’t realize that. We act like kindness is a precious supply of a non-renewable resource, but it is a completely renewable resource. Act kinder and people will act kinder in return. They’ll pay it forward to others and the world will be a kinder place and things will work better. It doesn’t mean bureaucracies will stop being bureaucracies, or that snafus won’t happen, but people will feel better about themselves.

In healthcare and much of the world, I think we are getting addicted to speed, being right, fast transactions, not tuning into others, and criticizing or mocking people who are slower, people who talk slower or take longer to formulate their thoughts. It’s as if quick wit is the only prized possession and the only prized attribute for social interactions. You see so often, the quick put-downs on Twitter that slay a person and embarrass them.

Especially in healthcare, we tend to choose being right and being the smartest person who knows the most. I was at Princess Margaret Hospital today doing rounds and asked them, “Have you ever been unkind to a patient?” All the hands went up. When I asked, “Did it feel good when you went home? Did you feel like you had to do it to make the system work?” All of them said no.

When you’re unkind, it’s not just that the other person feels bad, you feel bad too. You don’t realize how bad you feel and how it eats at you inside to be unkind.

How do you be kind without being a pushover?

Pushovers are people who are highly sensitive to accusations that they’re either unkind or that they are error-prone. You’re more likely to be a pushover if you feel that you’re one down from everyone else in the world and you feel that you have to be ultra kind in order to make up for it These are typically people who we call not human beings, but human do-ings; perfectionists who can’t say no to yet another committee, yet another assignment, another project. They have to be the nicest person and do the nicest thing for the greatest number of people, and they burn out because they’ve left nothing for themselves.

When are we most prone to be unkind?

I think our brains are organized to recognizing the self and the other, my friend and my enemy. Kindness comes from the word ‘cynde,’ which is an old English word that refers to “my kind” versus “your kind.” And that is an immediate separation of yourself from others. If you recognize someone as one of your own, you’re going to be more positively predisposed towards that person. You’ll give them the time of day, cut them some slack, give them the benefit of the doubt. But if you see someone as the other, you will give the opposite.

So how do we recognize this and counter it?

It’s amazing how flimsy and malleable that ‘other’ distinction can be. For example, a new hire comes into the office and their presence bothers you — maybe they talk differently or they have an odd laugh and they monopolize your conversations. But as you get to know them, you become friends and suddenly those things that irritated you maybe endear them to you. One of the roots to empathizing with other people is finding something in common with that person.

Watch: A doctor explains why you might feel tired all the time