Why it matters that Canada's health minister actually understands medicine

From family physician to top doctor in the House, Dr. Jane Philpott is primed to treat the country's most pressing issues. 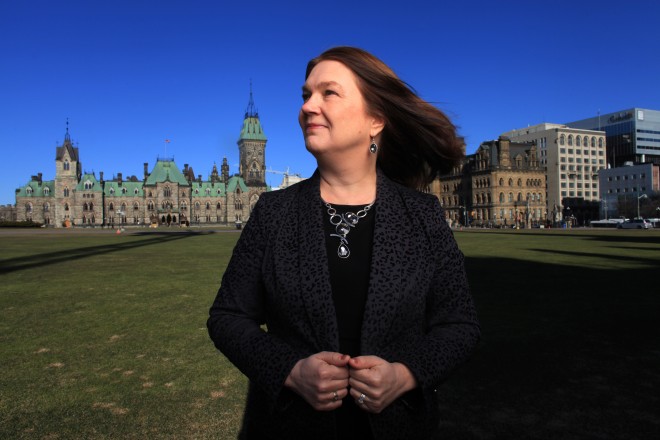 This article was originally published by the Medical Post

On Nov. 4, 2015, Prime Minister Justin Trudeau stood before a ravenous press corps to show off his painstakingly selected, gender-equal cabinet — one, he proudly claimed, that looked “like Canada.” These everyday citizens came prepared with expertise that suited them well to their new posts: Harjit Sajjan, a decorated veteran of the country’s armed forces, would be minister of national defence; Jody Wilson-Raybould, a Crown attorney and past regional chief of the Assembly of First Nations, was picked as minister of justice; and for the first time ever* a physician — Dr. Jane Philpott — would be minister of health.

That the 55-year-old Toronto-born mother of four is a fan of the quote, “Politics is nothing but medicine writ large,” first uttered by 19th century German physician Dr. Rudolf Virchow, is telling. Indeed, it was the serendipitous intersection of those two spheres that would eventually launch Dr. Philpott into the national spotlight.
In November 2010, while at an HIV/AIDS event, she made an offhand comment to former Prime Minister Paul Martin: “Sometimes I wonder if I should just run for office.”

He encouraged Dr. Philpott, saying she could “accomplish more in 10 minutes (of politics) than in 10 years” of philanthropy. Though that nugget of wisdom lingered in her mind, it was the Conservative majority win in May 2011 that eventually pushed her into public service: She became a member of the Liberal Party a day later and was acclaimed as the party’s candidate in the new southern Ontario riding of Markham-Stouffville in April 2014.

Not two years later, she was hand-picked by Canada’s 23rd prime minister to deliver his health portfolio. Now, six months in, she is cautiously optimistic about her progress thus far. “I think the term is off to a very good start,” she said via telephone from an office on Parliament Hill.

Dr. Philpott’s CV reads like she was designed in a health-diplomat factory: The daughter of a Presbyterian minister and an elementary school teacher, she’s been a family physician at Markham-Stouffville Hospital since 1998 and was tapped to lead the hospital’s department of family medicine in 2008. “As a family doctor, I’ve had a lot of opportunities to think about health issues and how they could be improved,” she said. “Now, to actually influence policy is a wonderful position to be in.” She also spearheaded the opening of a 10,000-patient primary care home and the Markham family medicine teaching unit, which has trained 46 family physicians since 2010.

Perhaps the posting most influential in shaping Dr. Philpott’s current health-governance philosophy — one with a distinct emphasis on social determinants — is a project that took her to West Africa. From 1989 to 1998, Dr. Philpott and her young family lived in Niger, where she established a practice, as well as a training program for village health workers. In a tragic turn of events, Dr. Philpott’s eldest daughter, two-and-a-half-year-old Emily, suddenly contracted meningococcemia and died of the illness en route to the nearest hospital two hours away. It’s a day Dr. Philpott has called the worst of her life.

Though devastated, Dr. Philpott was committed to her African mission. After returning to Canada to establish her practice, she went back to Niger in 2005 with Médecins sans Frontières during a famine, and later to Ethiopia as the initial family medicine lead for the Toronto Addis Ababa Academic Collaboration. There, she developed the first training program for family medicine in Ethiopia’s history. “There’s no question that my perspective on what makes people healthy has been very much influenced by my international work,” she said, looking backwards, then forwards again: “Here, we’ve hit the ground running, but there’s still obviously a tremendous amount of work to be done.”

Tremendous might be something of an understatement. Dr. Brian Cornelson, medical director of the East Calgary Family Care Clinic and a colleague of Dr. Philpott’s on the Addis Ababa project, describes his initial reaction to the rookie minister’s appointment as “a real trial by fire. . . . To be put in the hot seat as a new politician with a huge portfolio is a big deal,” he said. “As family physicians, one of the big things we like to think we are is patient-focused. What do they experience? What do they need? Now, her patient is the whole country,” he added, lauding Dr. Philpott’s skills as a visionary “consensus builder.”

On the national stage

A confluence of health crises, international and homegrown, presented Dr. Philpott with a steep learning curve early on. She was instated just nine months after the Supreme Court of Canada struck down the long-standing ban on physician-assisted suicide. In early December, thousands of Syrian refugees began arriving on Canadian shores — an undertaking directed primarily by Dr. Philpott and John McCallum, minister of immigration. Then, on Feb. 1, the World Health Organization declared the mosquito-borne Zika virus a global public-health emergency.

She’s also had to “lay the groundwork” to shift policy away from the old health mandate of the outgoing Conservative government. “We have a very different (view) than the previous government, from the perspective of public health,” Dr. Philpott said. In mid-February, she announced that the Liberal government would overturn the “cruel and unusual” cuts to refugee health plans made by the Conservatives in 2012. Beginning in 2017, the ministry of health will also extend coverage for medical exams before refugees even arrive in Canada.

In yet another policy 180, in January, Dr. Philpott happily visited Insite, a supervised injection site in Vancouver’s Downtown Eastside, to announce the approval for a second location. (Conservatives famously opposed supervised-injection sites, in spite of overwhelming peer-reviewed evidence in favour of the practice.) During Dr. Philpott’s Vancouver jaunt, she also met with provincial and territorial ministers to announce federal plans to join the pan-Canadian Pharmaceutical Alliance. The merger would explore options to boost affordable access to prescription drugs in the absence of a national pharmacare plan.

However, drugs are far from the only items included in Dr. Philpott’s exhaustive mandate letter (though marijuana legalization and regulation are, in fact, listed there). In addition to initiatives focused on upping vaccination rates, concussion awareness and more descriptive food labels, home care (including caregivers and palliative supports) and a dedicated strategy for mental health are two of Dr. Philpott’s biggest-ticket items.

That said, the most pressing issue where physicians are concerned is the establishment of a new multi-year health accord—the details of which were noticeably absent from the Liberal budget unveiled on March 22. Currently, increases in health transfers to the provinces and territories are capped at 6 percent annually, but that deal is set to expire in 2017. “We’re negotiating a long-term agreement about what we see as our shared priorities,” Dr. Philpott said, a bit vaguely.

Prime Minister Trudeau was fairly explicit in his instructions to Dr. Philpott regarding his health priorities for the country. “No relationship is more important to me and to Canada than the one with Indigenous Peoples,” he stressed in Dr. Philpott’s mandate letter. It’s a particularly timely to-do given the harrowing health stories that have mushroomed out of First Nations communities in recent months.

Dr. Philpott’s budget allocations reflect the prime minister’s attitude on the issue: She was handed $8.4 billion for better schools and housing, cleaner water and improvements for nursing stations in indigenous communities, of which $270 million is designated solely for health infrastructure. Money talks, of course, but so did Dr. Philpott: In the case of Cross Lake, she called the conditions on the Manitoba reserve “unacceptable,” vowing to “remain involved for the long term.” Fortunately, this cross-cultural diplomacy is quite possibly Dr. Philpott’s sterling asset, given her extensive experience abroad, which she was able to fine-tune within her hometown. “Markham is one of the most culturally diverse communities in the country,” she said. “So I’ve always had a tremendous interest in providing culturally sensitive care.”

Given her new post, and the torrent of high-stakes health puzzles on her plate, it’s understandable that Dr. Philpott would suspend her practice for the time being. If the first six months are an indication of her forthcoming workload, the next 42 are sure to be eventful, to say the least. Still, despite her prestigious posting, Dr. Philpott’s connections to her community remain, including the ones she shares with the Markham physicians who lent a hand with the campaign that eventually landed her in Ottawa. “It’s a huge advantage that I can reach out to colleagues and get their advice,” she said of the many former coworkers she still converses with daily. “Doctors become friends over the years. . . . They know they’ve got my ear, and I know they’ll keep me honest.”

More:
Are Canadian universities failing to protect students?
‘I hope your boyfriend beats you.’ The PSA every man you know should see
Boom! That’s the sound of Trudeau’s honeymoon bubble bursting