Are Sugar Substitutes Like Honey And Maple Syrup Actually Healthier Than The Real Deal?

All sweeteners contain sugar, which in excess is unhealthy. But are some better than others? 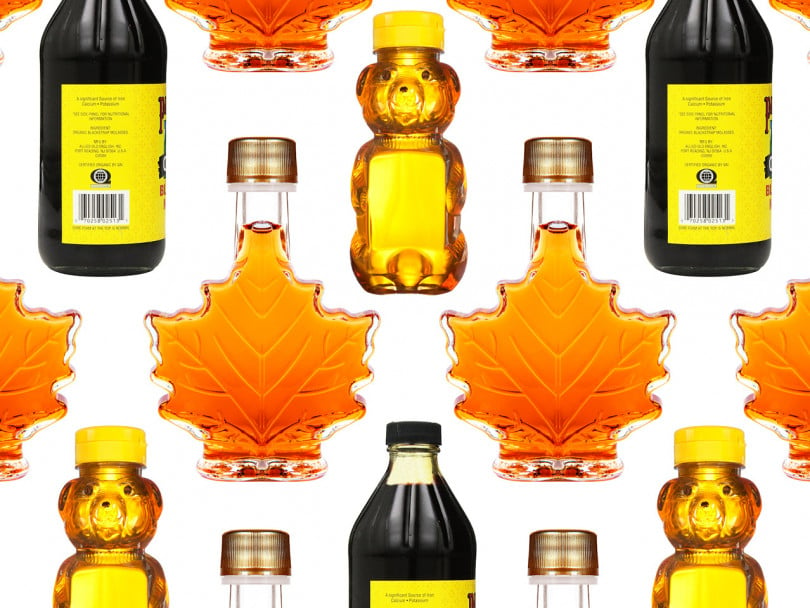 It’s widely known that excess sugar is linked to obesity, diabetes, high blood pressure, high cholesterol, and some cancers. The World Health Organization recommends limiting added sugars to 10 percent of your daily calories. This includes sugar from any type of sweetener, but not sugar found naturally in whole foods like fruit, vegetables and milk. That 10 percent works out to about 40 to 50 grams per day for most women. To put that into perspective, a can of Coke contains 55 grams and a Starbucks Grande White Chocolate Mocha contains 60 grams.

Granulated table sugar, or sucrose, comes from sugar cane or sugar beets. It provides 49 calories and 13 grams of sugar per tablespoon (and nothing in the way of other nutrients). Other natural sweeteners are often marketed as “healthy” alternatives to sugar. Is there any truth to those claims? Here are the facts:

Produced by bees from nectar in flowers, honey contains 65 calories and 18 grams of sugar per tablespoon. This means you need less honey than you would table sugar to achieve the same level of sweetness. It contains trace amounts of nutrients, including manganese (0.9%)*, zinc (0.6%), iron (0.5%), selenium (0.4%), vitamin B6 (0.4%), niacin (0.2%), potassium (0.2%) and calcium (0.1%). Honey also contains phenolic acids, flavonoids and certain enzymes that are thought to have antibacterial, anti-allergy, anti-inflammatory, antioxidant and anticancer properties. Raw, unpasteurized honey has more health benefits than honey that has been highly processed, and local honey may be more beneficial for allergies. Swap honey for sugar in your coffee or tea, use it in homemade granola, energy balls and salad dressings, drizzle a little on unsweetened yogurt, or on toast spread with all-natural peanut butter. Brew a jug of your favourite tea, add a little honey, then chill, to make lightly sweetened iced tea.

Molasses is the thick, syrupy byproduct of boiling down sugarcane juice to make granulated sugar. It’s a source of nutrients like iron (5.6%), calcium (4.4%), manganese (18%), magnesium (16%), selenium (7%), phosphorus (1%) and potassium (6.6%), and has 62 calories and 16 grams of sugar per tablespoon. It’s best used in recipes like cakes, cookies, baked beans and homemade ketchup rather than on its own. Fancy molasses is most common in cooking and baking. Blackstrap molasses, made from the third boiling of the cane juice, has less moisture and tastes saltier and more bitter. It contains higher levels of nutrients, especially iron (20%) and calcium (18%). It’s too bitter to be used interchangeably in most recipes, but some people like it stirred into coffee or oatmeal.

Maple syrup is the boiled down sap collected from maple trees. One tablespoon contains 51 calories and 12 grams of sugar. It also has some minerals, including manganese (26%), calcium (2.2%), zinc (1.8%), magnesium (1.3%), potassium (1%), and iron (0.3%), as well as phenolic compounds with antioxidant properties.  Roast squash or Brussels sprouts with a fine drizzle of maple syrup (Brussels sprout haters will become converts with this trick!), brush onto baked salmon fillets, stir a little into pureed soups or use it in cocktails instead of simple syrup.

Agave is a syrup made from the sap of the cactus-like agave plant. It tastes sweeter than sugar, so less is needed. Agave provides 43 calories and 9.5 grams of sugar per tablespoon, as well as vitamin K (3.4%), vitamin C (3.2%), riboflavin (2.1%), beta carotene (1.9%), thiamin (1.5%), folate (1%), niacin (0.7%) and selenium (0.4%).  Agave has been touted as a healthier sugar for people with diabetes, the claim being that its high fructose content means it doesn’t spike blood sugars as much. However, even though fructose doesn’t raise blood sugar levels in the short-term, it’s possible that it may actually be harmful and lead to insulin resistance over time.

Stevia falls into a different category because it’s a calorie-free sugar alternative. Approved and regulated by Health Canada, Stevia contains zero grams of sugar and no nutrients, so it has no effect on blood sugars. Because it comes from the leaves of the stevia plant and is “all natural,” it’s seen by some as a good alternative to artificial sweeteners such as aspartame or sucralose. Even though it’s natural, some people find it has an artificial taste and a slight bitterness, which is why it’s often paired with other sweeteners when used in products like ice cream, snack bars or breakfast cereals. Stevia is sold in powder and liquid drop form. It won’t work for baking, but it can be used in coffee, tea and other beverages, and to sweeten foods such as oatmeal, sauces or yogurt. Some people experience side effects from Stevia such as bloating or diarrhea. As with all non-nutritive sweeteners, there may be unintended long-term metabolic effects that we don’t know about yet.

The Verdict on Sugar Substitutes 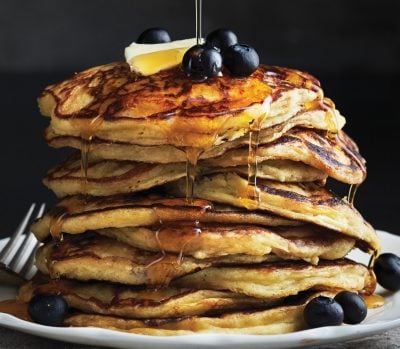 If a sweetener contains vitamins, minerals, antioxidants and/or enzymes, is it healthy to eat lots of it? These components do make sweeteners like honey, molasses and maple syrup marginally more nutritious than refined granulated sugar, so swap them in where you’d normally use sugar, but that doesn’t mean it’s healthy to consume them in excess. The trace amounts of nutrients are still outweighed by the excess energy. Sugar makes foods delicious, which makes life wonderful! But don’t fool yourself — all sweeteners should be eaten in moderation.

*Note: These percentages, based on a serving size of one tablespoon, come from the vitamin and mineral Recommended Dietary Allowances/Adequate Intakes for women ages 31–50.