The Real Health Benefits Of Ginger

There's lots of good evidence that shows the popular spice helps relieve nausea and cramps — but don't look to it for weight loss. 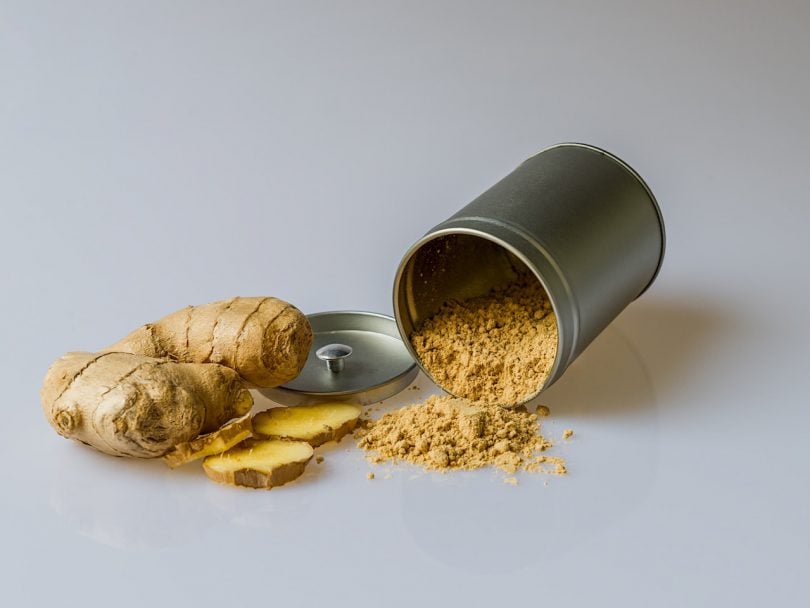 In Latin Ginger's called Zingiber officinale, and it's long been thought of as medicinal — ancient Greek, Roman, Arabic and Chinese texts discuss its possible health benefits.

Ginger is a favourite spice in many kitchens, as it can add a little kick to everything from stir-fry to cookies. Many believe it’s also a healthy addition: There are claims that it helps with weight loss, osteoporosis, hangovers, cramps and morning sickness — there are even ginger lollipops for pregnant women. We looked into the research around these claims, and found that about half are backed up by evidence. Here’s a guide to the health benefits of ginger.

Does ginger help you lose weight?

No. There have been a couple of weight loss studies on supplements containing ginger. One tested a supplement that also contained rhubarb, astragalus, red sage, and turmeric, and found people lost no more weight on it than they did on a placebo. Another, of a patented blend, did a bit better, with people losing 1.5 percent more body weight with the supplement than without over eight weeks. But there were six ingredients in that product, and only one of them was ginger, so it’s impossible to tell what effect the ginger had.

That said, ginger can be a way to make your diet healthier. “Any time we add a fresh herb or spice for flavour, we’re usually avoiding that extra salt and fat that would be in a bottled condiment,” says Krista Leck Merner, a registered dietitian in Halifax. “But losing weight depends on your diet as a whole.”

Can it reduce cramps during your period?

The research looks good: Studies that have investigated ginger and dysmenorrhea — a.k.a. period pain — found that women who took 500 to 2,000 mg of ginger during the first three to four days of their periods significantly reduced their pain compared to those who took a placebo.

It seems to. Research has found that for people going through chemotherapy, ginger can help lessen nausea when added to regular anti-nausea medication. Another study found that it minimized the nausea that comes with vertigo. And some studies have found that ginger can combat the nausea that sometimes comes with morning sickness, though there isn’t enough evidence to say this conclusively.
There is some research which suggests that there are risks involved with taking ginger supplements during pregnancy, so talk to your doctor before you start. That said, eating ginger itself is safe — so feel free to try those ginger lollipops or add it to your soup.

Is ginger a hangover cure?

We don’t know. Some people believe that if ginger is good at beating nausea, it makes sense that it would help with hangovers. But “there’s poor evidence around this,” says Merner. A 2010 study looked at a traditional Chinese hangover remedy made of ginger, tangerine pith and brown sugar and found it reduced hangover symptoms when taken before drinking, but again, that’s not enough research to prove it.

Can it help fight osteoarthritis?

Possibly: There is some promising research around this. One recent review of the research concluded that supplements were modestly effective at treating pain, but there aren’t enough well-done studies to say for sure. “It’s not enough evidence to recommend anything,” says Merner.