Why you should try kettlebells

Learn how this old Russian strength-building method using specially shaped weights can ramp up your routine, and how to find an instructor who is trained to use them properly 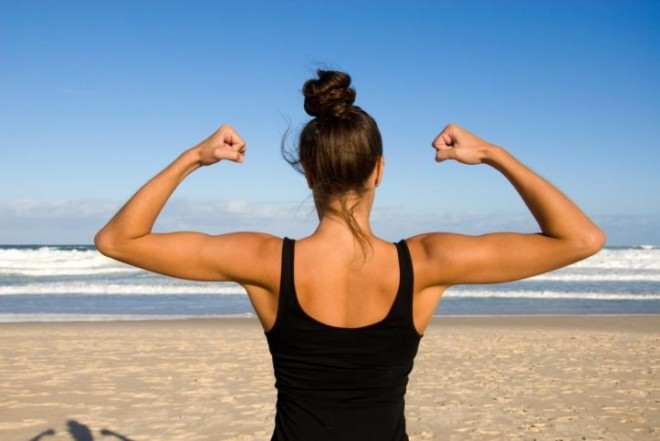 I noticed that this thing, looking like a cannonball with a handle, started showing up in gyms about a year ago. I also knew that they’d been around a lot longer than that; Russians started using them as a training tool almost 300 years ago. Although by the early 20th century they had become less common in the western world — only used by those strange “strong men” — they’ve made an incredible resurgence.

This is because they’re awesome. I’m not the only person who thinks so, as actor Daniel Baldwin is a fan of them too.

As you may know from shows like Celebrity Rehab and Celebrity Fit Club, Daniel has struggled both with his weight and with alcohol and drugs, but he told me that intense training with the kettlebell helped him fight his addiction demons and control his weight. In the first six months of training, coupled with an improved diet, he lost 50 pounds.

Daniel’s passion was contagious, so I decided I had to try them out.

I knew from my earlier article that compared with traditional dumbbells and barbells, kettlebells are more about generating explosive power than slow speed strength. Truthfully, most of the movements we generate with our bodies that require heavy lifting are done as a quick power move, rather than a slow strength movement. In other words, I can see how kettlebell lifting trains you better for things like shovelling snow, moving furniture, jacking up cars, and shoving your significant other onto the bed.

To give an example of how everyday lifting is usually done more kettlebell style than dumbbell, when I’m hoisting big bags of groceries out of the back of my minivan I don’t slowly muscle them out, feeling the burn in the muscle fibres, like what happens with traditional weightlifting. Instead, I hoist those things out in a single fluid and powerful motion, and this is what kettlebell training mimics. In many ways, kettlebells train you more for real life.

I’ve become so enamoured with the kettlebell that I’m allowing it to cut into about 25 percent of my usual weightlifting workout. If you understand how much I love weightlifting, then this speaks volumes. I should also mention that I’ve suffered from some shoulder issues for the past few years, and a few months of kettlebell training has generated amazing improvements.

To get to this point, I needed proper training. I spoke with Dr. Mark Cheng of KettlebellsLosAngeles, who let me know about what he called “warm body certifications.” These are when people just show up, and as long as they pay the fee they get their “certification.” Dr. Cheng is a RKC certified, which is a punishing course that will fail potential trainers who don’t cut it.

I didn’t know of any RKC certified trainers in Calgary, as in Canada it appears as though the premier certification is called Agatsu, which seems to be equally stringent. It boldly states on their website: “This is NOT a pay for diploma. You must earn your diploma.” 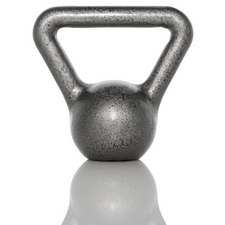 So that is my first bit of advice: when seeking out a kettlebell trainer, ensure that you find someone who went through a rigorous course that will fail people who don’t cut it. This is important because these training tools can cause injury in the wrong hands, and you don’t want some hack teaching you improper technique. When it comes to the kettlebell, good technique is critical.

For a complete beginner, I think starting off with a kettlebell requires some hands-on training from a qualified instructor. This is because you need a person standing there to critique your technique and ensure that you are properly and safely doing the movements. However, a couple of sessions to get the proper feel for the use of kettlebell should be sufficient to get ready for doing it at home.

And this is where the kettlebell is awesome as a home training tool. If you want to set-up a home gym, doing so with traditional weights is going to cost a small fortune and take up a lot of room. However, for far less money and space you can buy some kettlebells and get a great workout at home. And for the cost of one training session, you could get some good-quality DVDs with much more instruction and do them in front of the TV.

Speaking of DVDs, I had the chance to try the ones Daniel Baldwin produced.

Another respected certification is that of the American Kettlebell Club, which is part of the World Kettelbell Club. This is what Baldwin’s trainer, Michael Skogg, has. Skogg was kind enough to send me a set of DVDs he created and I was very impressed. The training is excellent. I’m not an accomplished kettlebell lifter by any measure, but the instruction is very clear. He doesn’t just show the movement, but he tells you important aspects of how to complete the movement properly. Skogg is obviously very intent on good form, and he explains technique constantly.

One last bit of advice if you plan to train with a kettlebell at home using a training DVD: Make sure you keep a good grip on that kettlebell, because if you let go at the wrong moment you’re going to need to buy a new television.

James S. Fell, MBA, is a certified strength and conditioning specialist in Calgary, AB. He writes the column “In-Your-Face Fitness” for the Los Angeles Times and consults with clients on strategic planning for fitness and health. Get a free metabolism report at www.bodyforwife.com. Email James at james@bodyforwife.com.