My Run With Vi, The (Artificial) Personal Trainer Of The Future

Vi bills itself as the first artificial intelligence running coach on the market. She's chatty all right - but can she deliver results? Here's how it works. 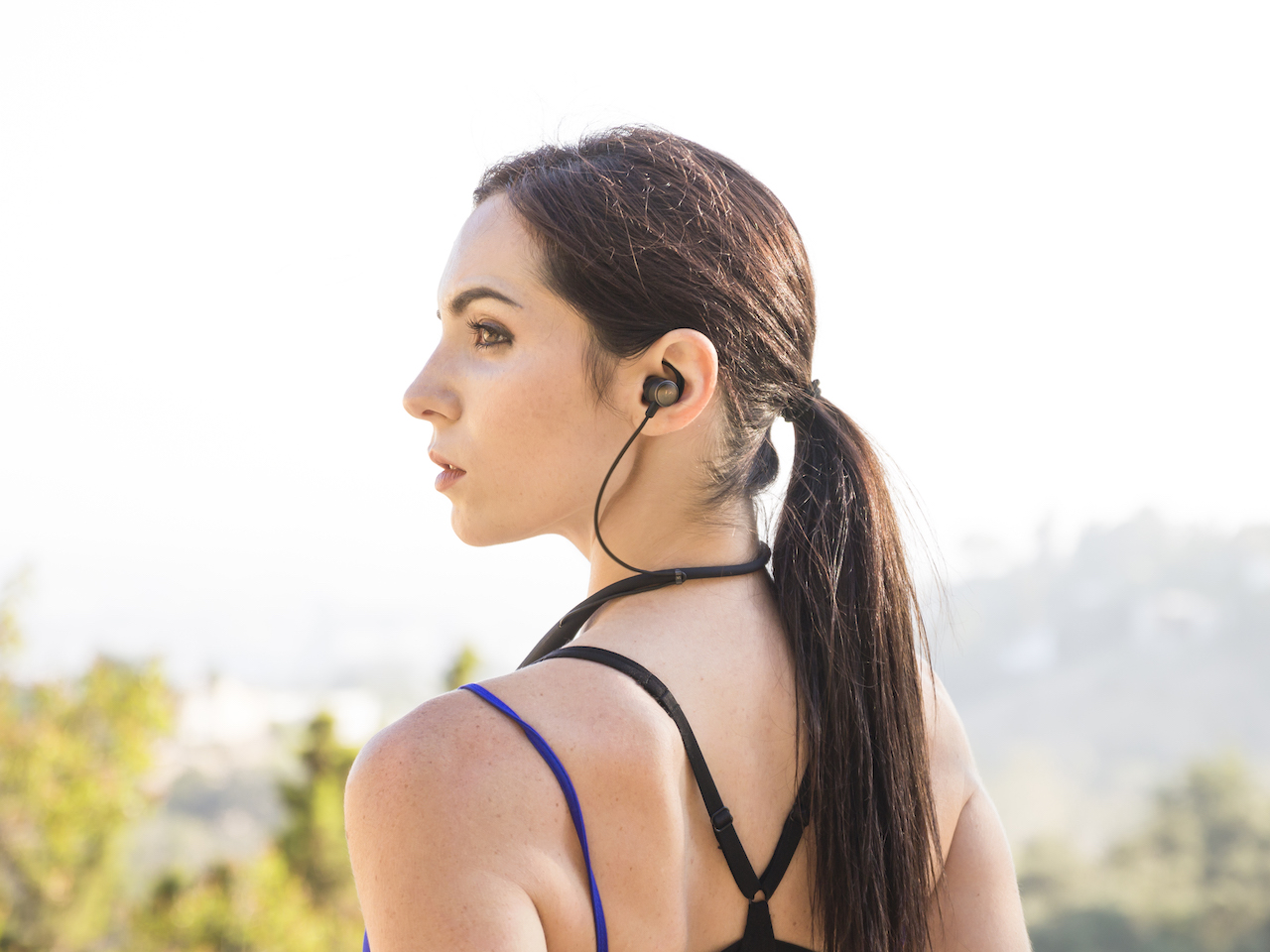 “Head up, straighten your back,” a chirpy voice reminds me as I’m halfway through my 5k run. I adjust my shoulders and shift my gaze, dutifully obeying my new frenemy, Vi, which bills itself as the first ever artificial intelligence training device.

After a wildly popular Kickstarter campaign that raised $1.7 million, Vi launched in 2017 and has already sold thousands of units worldwide. Omri Yoffe, CEO of LifeBEAM and the brain behind Vi, says his goal with the device is to make personalized training, which can come with a big price tag, more widely available. He used early feedback from the Kickstarter campaign to inform the device’s development, and the company is tracking satisfaction with early users, for future updates.

It’s also able to anonymously track how people use the device and app, and Yoffe says the drop off rate is low — only about 28% of buyers. “We see actual results — people who are losing weight or training for a 5k,” Yoffe says.

While it’s been available for purchase at Best Buy and online since last year, Vi is pushing further into the Canadian market this spring with partnerships with the Running Room and SportChek. So should you buy one? Here are some things to consider.

How does Vi work? 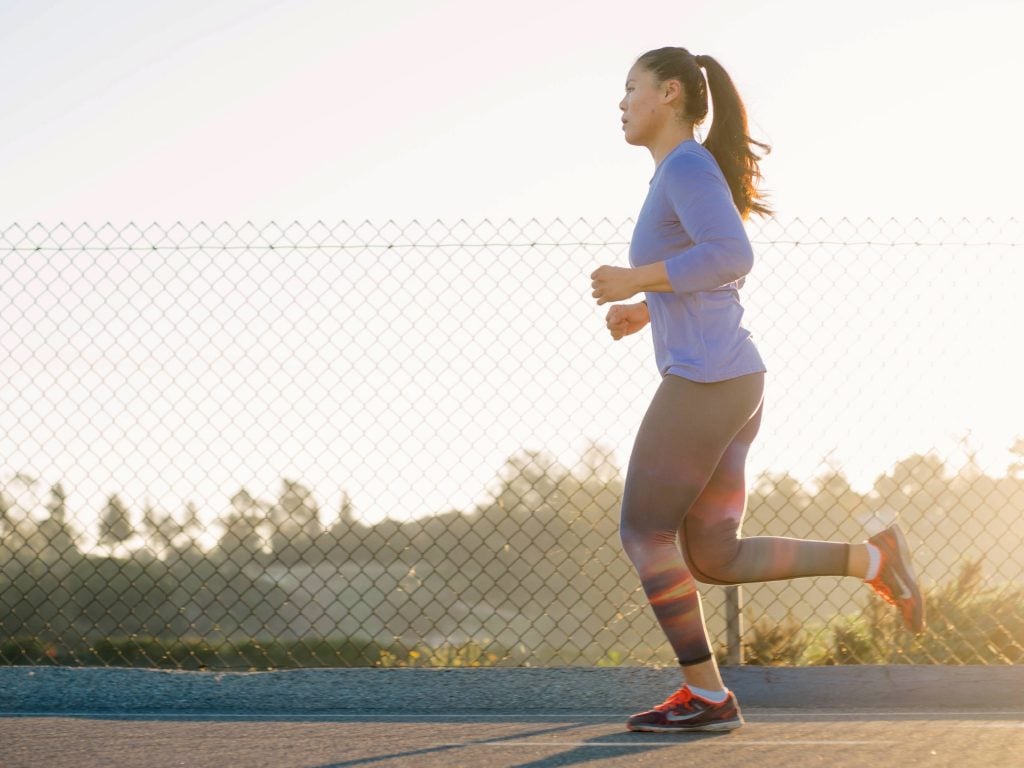 How Much Cardio You Actually Need Every Week — And How To Get It
The device itself is like a reverse silicone-coated collar with controls for volume and power, and headphones through which Vi delivers her motivational messages. An app connects the device to your smartphone through Bluetooth, so you can play music or podcasts.

The app logs data, including information about your fitness goals and stats like heart rate and step rate, from a two-hour workout and then creates a personalized training experience. Vi figures out what your optimal effort looks like, helps you reach a good step rate and can also provide recommended Spotify playlists based on your taste. You can also get it to sync with other health apps on your phone, like Apple Health or Google Fit.

Currently, the app is geared towards running and walking, but cycling is in beta, and the company says it plans to add other activities soon, like meditation and yoga.

What is Vi like as an (artificial) running buddy?

I hit my first hitch when the app asked for my name — “Sadiya” was unrecognizable, so she suggested I go by Sadie instead. Next, she asked some questions about my fitness goals (Do you want to run farther? Faster? Improve your overall fitness?).

During the first run, Vi tells you a little bit about what to expect — corny jokes and motivational banter included.  I first used the standard settings on the app and found the chit-chatting to be a bit much—there were a lot of reminders to take it easy while I was running hills and tips on how to improve my step rate. I ended up switching to a to a less-constant level of in-run coaching. (You can stop it all together.)

You can also talk to Vi, by tapping your right headphone. The app has set voice commands, including “check my stats,” “how much more,” and “end workout.” It’s pretty brilliant, since it means you don’t have to pull out your phone while running, but I didn’t love the idea of talking to myself in public. You can set which stats you want to hear about during your run, including heart rate, speed, pace and distance. 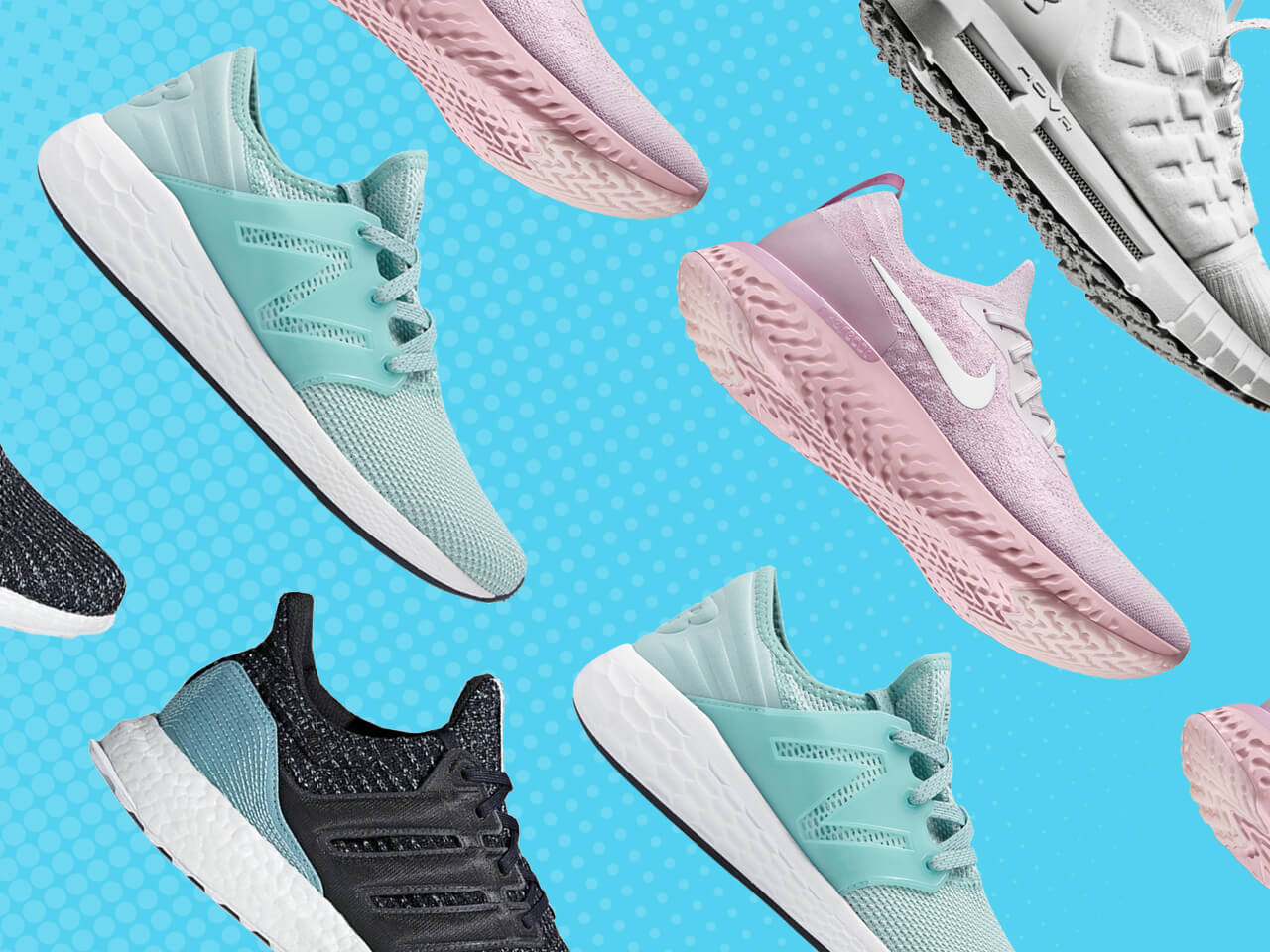 The Best New Running Shoes (That Will Make You Actually Want To Hit The Road)
To know what an actual running coach thought about the concept, I reached out to Victoria-based Marilyn Arsenault, who focuses on client’s goals, sketches out a weekly program to reach them and tracks their progress. Then there’s another part of training – the “human behvaviour” part — that’s tougher to measure. She calls it “the art of training.”

“What’s going to motivate [runners] to get out the door and work hard is very individualized,” says Arsenault. “A coach should be able to modify how they talk to their athletes, or what they give their athletes in terms of [challenging workouts] without them getting injured or sick or unmotivated because the program is too much or too little.”

But Arsenault can see the benefits of a virtual trainer when it comes to tracking step rate and heart rate, especially when it comes to helping runners figure out what this data means. Knowing what your heart rate is when you run in one thing, but understanding what running feels like when you’re at 80 percent of your maximum heartrate is another. It can help runners get in tune with their bodies so they can instinctually know when they are working too hard, or not hard enough, she says.

Is Vi worth the money?

Vi isn’t cheap, but at $250 is a pretty good deal for a great pair of wireless headphones, biosensors and a running buddy — even if she’s not real. And although I found her sunny disposition slightly annoying, it wasn’t a deal breaker. (I find most fitness instructors annoying, too).

I don’t love running with my phone all the time, especially when I’m aiming for a longer distance. But the wireless headphones are great and make for an easy post-run transition from stretching to making a protein shake.

Overall, the app is user-friendly and gives me different things to consider compared to the running apps I’ve tried before. I might not want it on every run, but I’m still excited to see what else I’ll learn from Vi.