We spoke with the 75-year-old actress and activist about what she does to keep in such great shape. 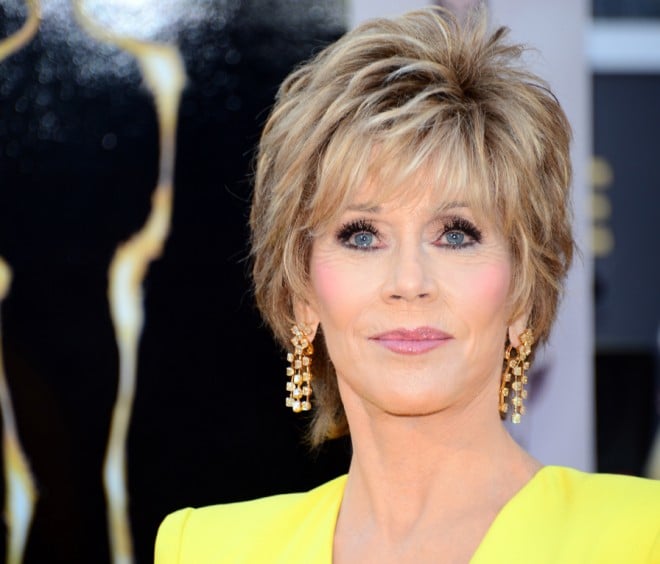 Last month I took part in a fitness party hosted in honour of the 15th anniversary of the global movement “V-Day” and its One Billion Rising campaign — a call to action dedicated to bringing together one billion people to dance and rise to end violence against women and girls. I was lucky enough to spend some time chatting with Jane Fonda, who was there to support the cause and partake in some fitness herself.

It’s hard to believe that since the release of her first workout video in 1982 that Jane Fonda’s 23 home exercise videos, 13 audio recordings, and five books have sold more than 17 million copies. The original Jane Fonda’s Workout video remains the top grossing home video of all time! I asked the veteran fitness goddess/activist/actress — who looks much younger than her 75 years — about her five tips for staying fit as you age:

1. Exercise for your brain
“More than any of those brain games, exercise is very, very important for brain health. Psychologists recommend exercise for people with depression because when you’re working out, you’re increasing the endorphin level in your body and endorphins are feel-good hormones. When I don’t exercise, I miss the presence of hormones.”

2. Do aerobics no matter what your age
“When you get older, your brain shrinks, especially the pre-frontal cortex which is the seed of executive powers — decision making, planning. You can minimize the shrinkage by working out, especially aerobic-based movement. It really doesn’t matter what you do, as long as you keep active! Of course I can’t do what I used to — jump up and down and dance — but I still find ways to move my body. There’s always something that you can do that helps keep you active.”

3. Dance — even if it’s slowly
“Dancing is loving and empowering — you take up space, it’s good for your heart and brain. It’s aerobic and gives off energy and it’s also spiritual, uplifting, powerful, holy and sexual! So that’s why we should dance! It’s wonderful! I can still dance, not up and down and very intense, but I can swing from side to side and shuffle along. I thought I was too old to do Zumba, but then I realized you could do Zumba slow! It’s a state of mind and I really like that.”

4. Do winter sports
“Anything outdoors is great. Now I can’t ski downhill anymore so I snowshoe. Too many people say that they can’t do what they used to do because they have aches and pains. But you have to find what you can do!”

5. You’re never too old for yoga
There is a lot I still like to do, even at my age. I can still lift light weights, I can still swim, I can still walk. I just want to keep myself looking and feeling good. I also like yoga. In the morning, I love to do a few sun salutations. It wakes me up and gets my body going. And if you don’t like the gym. Try one of my videos. They’re all primetime for baby boomers and older people. I get letters from people who are 80 saying, ‘I’ve never worked out in my life until now and this has changed my life.’