Could you be exercising too much?

You can have too much of a good thing, even when it comes to exercise. Find out why overtraining is harmful and how to put the fun back in fitness 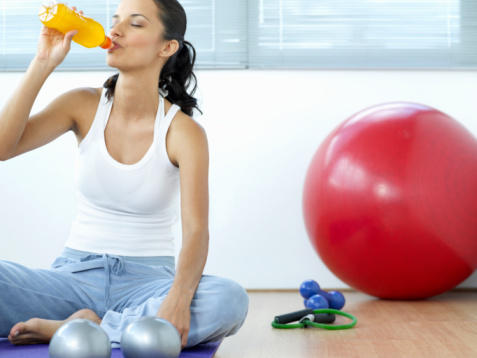 If you’re like the vast majority of Canadians, it’s not likely that you’re pushing yourself too far with exercise, what with only 15 percent of Canadians committed to a regular exercise regime.

Most of us barely break a sweat unless the air conditioning goes on the fritz. Still, there are some hardcore workout warriors out there, and if you’re one of them then there is a possibility that you could be going at it too hard.

For example, I don’t get to ski nearly as often as I like, so I when I do I am determined to vaporize every muscle fibre in my body by getting an early start, staying late, and skiing as hard as I can during all the hours in between. The next day, I can be in pain from the eyebrows down.

My point is, sometimes I overdo it. In this case, it is intentional. I love every minute of it and can take the soreness. However, overdoing it is not the same thing as overtraining. Going a little too hard every once in a while is okay as long as you don’t actually damage tissues from excessive strain, but doing so day after day, week after week leads to “overtraining syndrome,” and that’s bad. If you consistently push too hard, you are going to experience the opposite of the outcomes you desire.

Why is overtraining harmful?
Overtraining is defined as excessive volume, frequency or intensity of training, leading to extreme fatigue, illness, or injury. Overtraining syndrome has many harmful effects on a variety of the body’s systems:

The human body can take a lot, especially if it is allowed to adapt gradually to higher exercise frequency, duration and intensities. Olympic athletes train long and hard to prepare for competition, but not only are they genetically predisposed to handle such stress, they spent years working their way up to the level of training required to being an Olympian.

How to prevent overtraining
The human body can take a lot of punishment — as long as you give it time to adapt. What I really think happens when we overdo it with exercise is a non-technical term I’ll call “under-resting.”

I exercise at least 10 hours a week, but I don’t experience the symptoms above because I took my time getting to that level. An out-of-shape person who pushes hard in the first few weeks can over-train in as little as two hours a week. It’s all about taking the time to adapt.

For the typical person, the danger often comes from focusing too much on fat loss, muscle gain, or improving a time in a race or other physical performance goal. If you find that you’re losing your enjoyment for exercise and are instead focusing on crunching numbers about kilometres run, calories burned, or pounds lost — then you’re at risk of overtraining.

There is nothing wrong with pushing your limits and forcing your body to adapt to higher levels of training, but watch out for feelings of severe exhaustion, increased incidence of sickness, and pain that doesn’t go away. Even more importantly, if you feel like the joy is being sucked out of your activity, and instead you are becoming obsessive about exercise, then it’s time to ease back and re-evaluate your goals and priorities.

If you push yourself at exercise so hard you end up hating it, then you won’t be able to sustain it. Just ease back to a more comfortable level and enjoy the ride.