The YouTube fitness star talks to James Fell about her experience growing up as a thin woman and shares the most shocking comments she's heard from strangers. 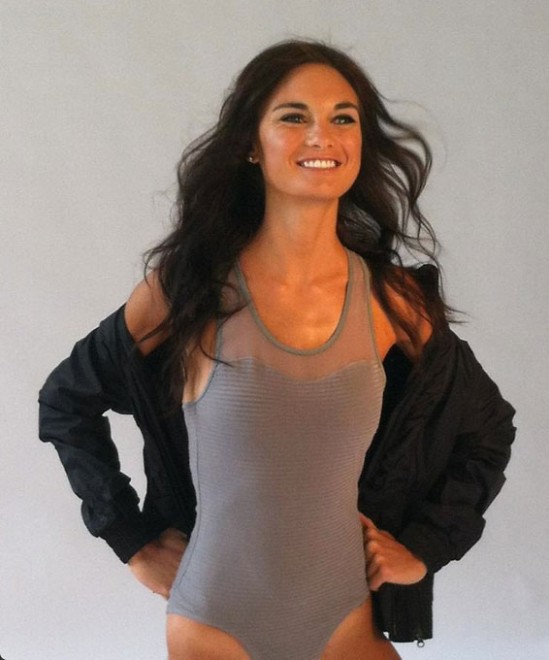 Sometimes I feel like people aren’t happy unless they have some group to deride.

Genetically, most of us are programmed to store fat. And yet the overweight and obese seem to be one of few remaining groups it’s socially acceptable to discriminate against.

“There is no question that the stigma and bias and discrimination surrounding obesity is the fairest game,” says Dr. Yoni Freedhoff, an obesity researcher in Ottawa. “In popular culture the vilification of obesity is constant,” he continues. At least there’s an awareness of fat shaming now meaning that perhaps the end is in sight.

But what about the opposite end of this issue? What about thin shaming?

My friend Amanda Russell knows all about it. The YouTube fitness star has been on the receiving end of some scathing commentary about her lean physique.

“I’ve heard the whole gamut,” says the 27-year-old, “I put myself on YouTube, which is the platform for people to go nuts on you.”

But it’s not just YouTube. Amanda’s heard comments, criticisms and “concerns” about her weight her whole life. “Sometimes a random person will come up to me in a public place and tell me I need to eat a sandwich or a cheeseburger. They tell me I don’t look good, or that I don’t need to lose any more weight,” she explains.

Amanda got to the point where she decided to go public with the thin shaming she’s experienced in this video that’s been viewed (at time of publication) by more than 38,000 people.

“Having someone in public say ‘Honey, do you eat?’ How do you respond to that?” she asks. “They pretend to be concerned, but if you really are concerned you wouldn’t approach people like that.”

And there’s no reason anyone should be concerned about Amanda. She’s not starving herself. She’s not trying to be thin. Like many, it’s a matter of genetics that explains her slim figure.

“I’ve been thin my whole life,” she says. And after failing to get on the school basketball team she went out for the running team, and in her first race broke the course record. “That bit of achievement was enough to give me the confidence to get into it. I think my body type did program me to run fast. I’m small-boned and light. Everyone is cut out for something. I was self-conscious about how small I was. I started to look at my body about what it could do and I gained a lot from that. I realized I wasn’t cut out for basketball, but I was for running. So I owned that and began to thrive on it.”

Her running led to a scholarship, taking her from a small town in northern Ontario to Richmond, Virginia to do a business degree. She was so fast in fact that Amanda qualified for the Olympic trials to go to Beijing in 2008, but tragedy struck in the form of a broken femur derailing her ambitions.

She now uses the fitness skills she learned competing to teach others via YouTube.

And that leads to comments like being called a “skinny bitch,” even though she never thinks about exercise as a reason to burn calories. “Exercise is like brushing my teeth. I live for it. It gives me energy and makes me happy. It’s social. I do it with friends. It’s the highlight of my day.”

Amanda is stoic in the face of criticism, but sometimes she decides to hide just how thin she is: “I noticed a trend that if I wore a long-sleeved top I would get positive comments on YouTube, and if I wore a sports bra or tank top, there were lots of negative comments.”

Amanda isn’t the only one experiencing such a backlash. I’ve heard it from others on social media, as well as from Margaret Yúfera-Leitch, a researcher and professor of eating behaviour.

It may seem politically correct to say, “Real women have curves,” but realize that this implies that if a woman doesn’t have curves, then she’s not a real woman. The reality is this is about the need to treat everyone with respect, because real women come in all shapes and sizes.

James S. Fell, MBA, is a certified strength and conditioning specialist with the National Strength and Conditioning Association. His syndicated column “In-Your-Face Fitness” for the Chicago Tribune runs in dozens of major newspapers across the U.S. and he also interviews celebrities about their fitness regimens for the Los Angeles Times. Visit his site for a weight loss report.