Can Poop Transplants Treat Bipolar Disorder? The Surprising Connection Between Your Gut And Your Brain

A developing body of evidence is pointing to a link between gut microbes and mental health. 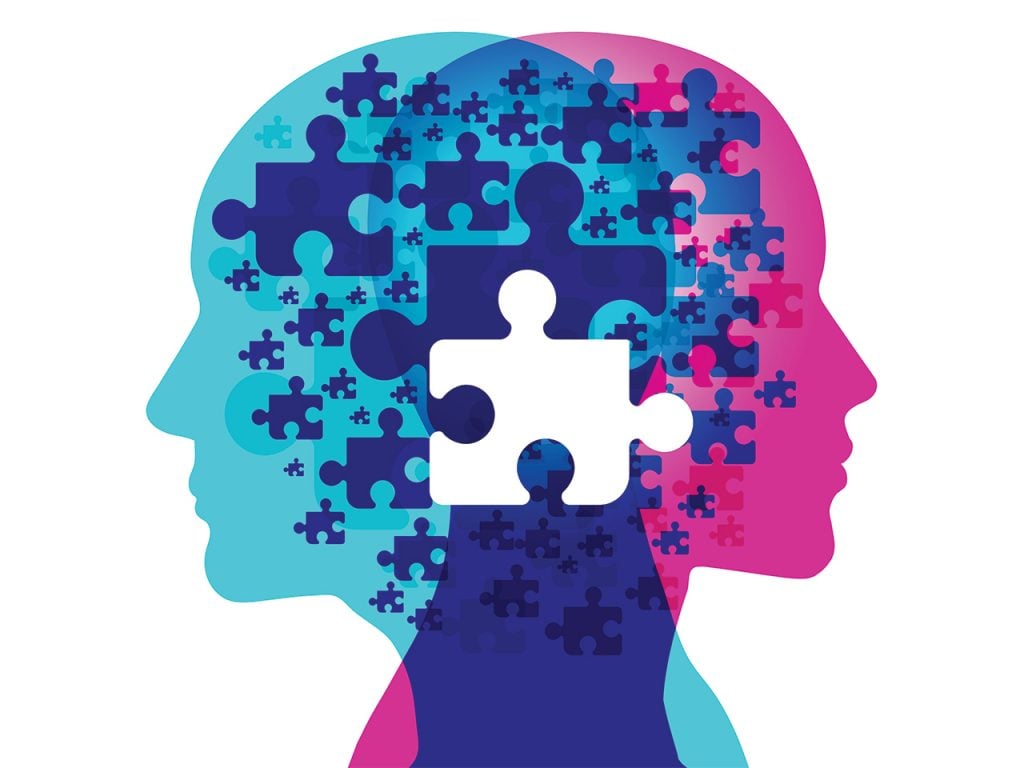 Every year, more than 400,000 Canadians experience symptoms consistent with bipolar disorder — extreme mood swings whip-sawing between mania and debilitating depression. It’s a particular cruelty of the condition that while some find relief with medication, others experience side effects that seem, in some cases, almost as devastating as the disease.

“For many people, existing medications don’t work at all, or produce intolerable side effects,” says Dr. Valerie Taylor, chief of psychiatry at Toronto’s Women’s College Hospital (WCH). Some bipolar patients, she explains, feel as if they’re being asked to choose between two chronic diseases — their disorder, or the life-altering side effects of their medication, which can include increased risk of diabetes, weight gain, insomnia, cardiac irregularities, and many more.

For those patients, anything that offers the prospect of relief is worth a shot, no matter how out-there or experimental the treatment may be. To that end, Taylor is right now in the midst of a first-in-the-world clinical trial to investigate the effect of an improbable-seeming treatment on patients living with bipolar disorder: fecal microbiota transplantation (FMT) — in plain language, a feces transplant. The trial is premised on the idea that what’s happening in your gut has an intimate and very direct connection to what’s happening in your head. If you’re finding it hard to imagine how and why that might work, you’re not alone. 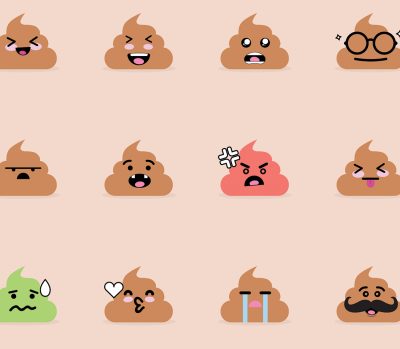 What Can Your Poop Tell You About Your Digestive Health?

The trial involves 60 patients, divided into two groups of 30. One group will be treated with their own stools as placebos, and another with the stools of donors deemed to have healthy gut “microbiomes” — the ecosystem of 100 trillion bacteria that live within every human intestinal system. The theory is that the bacteria of the healthy donors will colonize the recipients’ guts, and if there’s any relationship between the gut microbiome and bipolar symptoms, patients may see improvement. Taylor expects to publish findings late next year.

“There’s been a robust body of evidence developing connecting the brain, mood, and the gut,” says Taylor, and her trial is one of the deepest dives yet into the rapidly emerging science on the gut-brain axis — the interactions between our brains and the stew of microbes within our guts, and how the latter may profoundly affect the former. She first conceived of the study when two of her bipolar patients reported improvement in their symptoms while taking antibiotics — only to have the symptoms return when they stopped. The result reminded Taylor of research linking antibiotics to changes in gut flora, and subsequently behaviour, in mice.

When I ask Taylor to explain the nitty-gritty mechanics of FMT, I preface the question by saying, “I assume it’s much more, um, antiseptic than what I’m picturing?” Her reply: “It’s probably exactly what you’re thinking.”

Well, not exactly, but pretty close. To simplify slightly: stool from a willing, healthy (and virus-screened) donor is placed in a blender with a saline solution, blended into a slurry, strained to eliminate solid waste, and drawn into syringes. A colonoscope is inserted into the patient’s colon, and the stool is infused into the scope. Voilà, transplanted stool.

As far as Taylor is aware, hers will be the first study to directly measure the impact of FMT on mood disorders in human subjects — which she says is a necessary step to move beyond speculation and start generating empirical evidence.

Taylor is not alone, however, in investigating the link between the gut and the brain. The past decade has seen an explosion of research into the gut microbiome and its effect on a whole spectrum of conditions, including mental-health disorders. Yet 15 years ago, the connection had barely even been made, in part because until recently studying gut microbes was almost impossible. Gut bacteria are anaerobic, meaning they cannot live in contact with oxygen, making them difficult to study under normal laboratory conditions.

In recent years, however, newly developed genetic sequencing tools have enabled specialized labs to analyze them. According to Dr. Emma Allen-Vercoe, a professor in the Department of Molecular and Cellular Biology at the University of Guelph, the results have been a “facepalm moment” for microbiology, with researchers discovering a vast, previously unsuspected intestinal ecosystem of creatures, comprising millions of genes — dwarfing the comparatively paltry 23,000 genes in human DNA itself.

The interaction between this complex microbiome and the human body has recently been theoretically linked to a constellation of conditions, including multiple sclerosis, diabetes, arthritis, allergies, and far more. 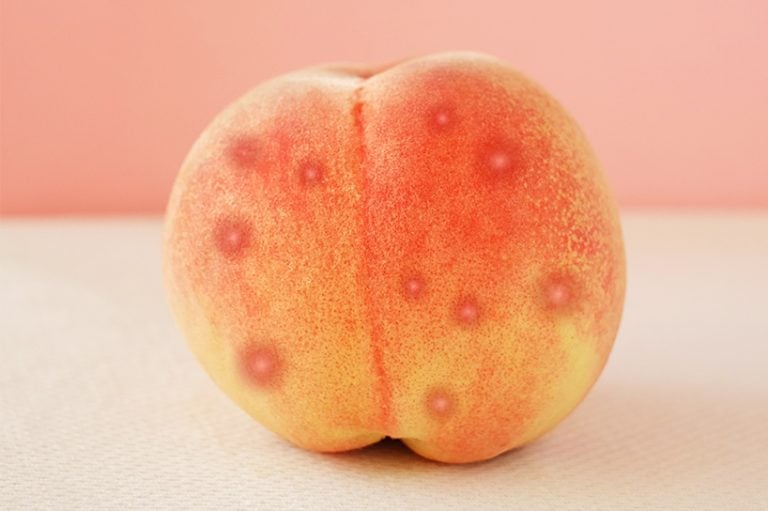 How Do I Get Rid Of Acne…On My Butt?

“We have seen an increase in chronic diseases in the past 70 years, depression and anxiety among them,” says Allen-Vercoe. She explains that excessive exposure to antibiotics early in life may be partly to blame — since humans acquire a more-or-less stable microbiome by about the age of three, those antibiotics might be depriving us of some of the bacterial richness we evolved to depend on. Allen-Vercoe likens the gut to a rainforest: lose one species, and another will step up to fill its ecological niche. But keep whittling down the forest’s diversity and the ecosystem becomes “deranged.”

Of all the conditions associated with the microbiome, mental-health conditions have been the most controversial, in part because scientists had long assumed that the blood-brain barrier prevented microbes from interacting directly with the brain. But that assumption has started to fall apart.

In 2011, a team led by gastroenterologists Dr. Premysl Bercik and Dr. Stephen Collins published research showing that administering certain antibiotics to mice resulted in altered behaviour. In 2013, Collins, who is also a professor at Hamilton’s McMaster University, and his team performed a fecal transplant from some mice into others, which caused behaviour changes, depending on the profile of the donor and the recipient. And last year, Collins’s team performed a human study, looking at patients with both irritable bowel syndrome and high scores for depression, two conditions that are frequently associated. He administered probiotic bacteria that had been found to improve the mood of mice — and it improved the patients’ depression symptoms for a prolonged period. The McMaster research was seminal in establishing the connection between the gut and brain, and was accompanied by a wave of similar research around the world.

FMT is by far the most effective means so far of “resetting” the gut microbiome, by introducing bacteria from healthy donors. So far, it’s only proven effective as a treatment for one condition: Clostridioides difficile, or C. diff, an infection which can cause severe and sometimes life-threatening gastrointestinal inflammation. The treatment overcame its obvious hurdles — “using human stool as medicine takes a lot of stomaching,” says Allen-Vercoe — for the simple reason that it worked where other treatments failed.

But as the microbiome has been connected with a growing number of conditions, so has FMT been put forth as a potential treatment for everything from autism to obesity. Taylor’s study is part of a suite of studies being conducted in Toronto as part of MTOP, the Microbiota Therapeutics Outcomes Program. Another MTOP study is looking at FMT’s efficacy in treating obesity, and another on “multidisciplinary” outcomes. 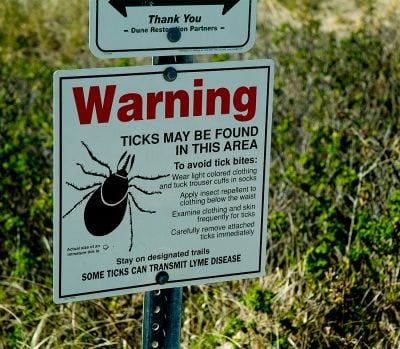 Lyme Disease Is On The Rise — Should You Be Worried?

The science has shot forward so fast that some doctors are urging colleagues to put on the brakes. Many of the same researchers responsible for advancing microbiome science are now trying to manage premature or excessive enthusiasm about its effects — which, of course, have started to become the province of health bloggers and celebrity doctors.

“The moment a certain movie star starts to tout things, it takes off,” says McMaster’s Dr. Collins. “And people are starting to get a bit fed up; we’re seeing so many conditions associated with the microbiome, without proof of causality.”

The frenzy for the microbiome has even led to a small cottage industry in at-home FMT, about which no doctor has anything good to say. “I hope they’re not using the family blender,” remarks Collins.

In fact, some of the patients in Taylor’s study had considered at-home FMT after coming across discussion of it online, where FMT enthusiasts swap tips, methods, and sometimes even their own stool. Even in a clinical setting, FMT must be done carefully. At-home procedures are, to put it mildly, not recommended. Besides lacking any proof of effectiveness, there are risks for contamination, donors who may pass on illnesses, and other accidents.

This is in part why Taylor has moved straight to human trials — to prove or disprove the effectiveness of the procedure, ensuring it either happens in a clinical space, or doesn’t happen at all.

In the long term, however, researchers hope to develop a more palatable means of accomplishing the same thing. Poop pills may be the next-generation FMT — researchers at the University of Calgary have shown promising results by processing donor feces and encapsulating them in a triple-layered gelatin capsule (though patients had to swallow 40 of them).

The other challenge, should trials like Taylor’s show positive results, will be handling skepticism from some doctors.

“Doctors work a lot in silos,” says Taylor, “and sometimes it’s hard for those in the mental-health realm to understand how other systems factor in…I don’t believe for a second that this is for everyone, but there may be a percentage of people for whom this can work — and that’s one more group of people who can live a better life.”

FILED UNDER: Boost It Up Editor's Picks Florgut2018_CHE Health