Waiting until the peak of the third wave has passed before vaccinating essential workers doesn't make sense, says an expert. 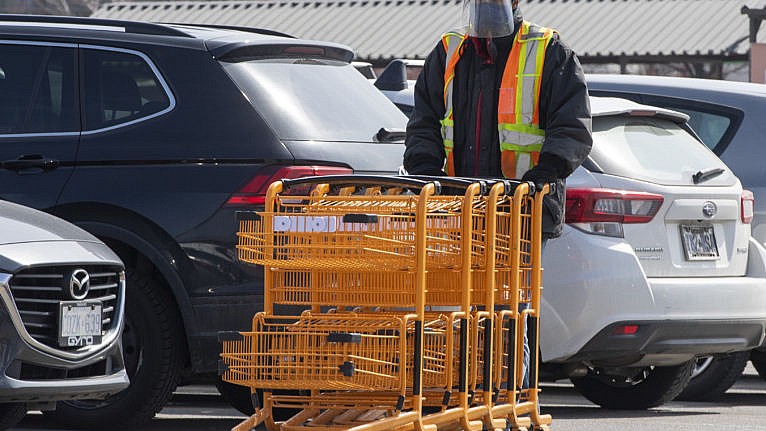 As Ontario’s third wave intensifies—on April 6, it posted 3,065 new cases of COVID-19, an average increase of more than 30 percent in a week—the question is being asked: Should the province change course when it comes to its vaccine rollout and prioritize essential workers who can’t work from home and who are now being infected with COVID-19 in increasingly high numbers?

Certainly, the majority of new cases are in people under the age of 50. The number of workplace outbreaks is growing quickly. Peel Region, whose warehouses and distribution centres service the entire country, reports 368 workplace outbreaks—including 137 at manufacturing and industrial sites, 35 at distribution sites and 15 at transportation firms—as of April 6. Peel closed its schools to in-person learning while Toronto did the same on Tuesday as case counts among staff and students surged.

The situation is grim, especially in hospitals in the Greater Toronto Area, with many medical staff turning to social media to drive home the seriousness of the situation. Ontario doesn’t track how many of those in hospital are essential workers, but the anecdotal evidence from the front lines suggests they comprise a rising share. On April 6, Dr. Shankar Sivananthan, a critical care doctor at the William Osler Health System, tweeted: “As a reminder to the horrifying absurdity of COVID in the GTA. Was about to intubate someone who just lost parents to COVID. I call family to let them know, and their question is: ‘We were about to make funeral arrangements for the parents. Should we wait to include [patient]’ ”

Because of the new variants, younger people are being admitted to hospital and intensive care units at higher rates than before. Dr. Michael Warner, the medical director of critical care at Toronto’s Michael Garron Hospital, has detailed some of those cases, including a financial services worker in his early 30s whose boss mandated that he show “face time” in the office, where he acquired COVID-19. He got a blood clot and was intubated in the ICU.

On Tuesday, the province put out updated guidance for its Phase 2 rollout (which it is currently in the midst of). The only change since March 23 is to push forward the timing for when groups are expected to be vaccinated, in recognition that more doses are arriving faster. Yet, the compression isn’t even: While those age 60 and older are expected to be vaccinated by the end of April versus the beginning of June under the older plan, the timing for vaccinations of essential workers has advanced only two weeks from the start of June to mid-May.

The focus is preventing deaths, illness and transmission, government officials repeatedly stated in a briefing. “Those early in Phase 2 are at the gravest individual risk. We want to make sure we focus on those areas that have the greatest chance of illness and deaths,” an official explained. So the government has decided that adults over 60, as well as those with the highest-risk health conditions, those living in congregate settings, such as homeless shelters or jails, and those in highest-risk communities will be vaccinated ahead of essential workers who cannot work from home.

“It’s a really major error,” says Dr. Andrew Morris, an infectious diseases physician at Sinai Health and University Health Network in Toronto and a member of the province’s independent COVID-19 Science Advisory Table. “I think one of the things that everyone has recognized [is] the preponderance of essential workers who have ended up in the hospital. And to wait until what is likely the back half of the third wave to be over before vaccinating essential workers makes no sense to me.”

“I’m a doctor, I got vaccinated a long time ago,” Morris says. “Not only is [my being vaccinated] beneficial to me, and it’s also beneficial to those around me, including patients, because of their vulnerabilities. And I’m needed to work.” At the same time, he points out, “We have all these other essential workers, who by the nature of their work are essential. And they also expose all those other people around them to infection, if they get infected. The difference between me and them is that I can afford to take some time off and most of them can’t.”

Morris says that the current plan is “a failure of prioritization, or pivoting” to the new reality of the third wave. “Whereas, it’s true that this is a disease that has targeted older individuals, at this point in time, I think it’s pretty certain for us that essential workers and their families have an extremely high likelihood of coming down with COVID-19 and ending up in hospital. And so they really need to be boosted up [in the plan].”

Dr. Zain Chagla, an infectious diseases physician at St. Joseph’s Healthcare in Hamilton, Ont, notes that Ontario’s plan also focuses on those 50 and older living in hot spots, identified by postal codes, where the rate of cases is high and there are often sizeable lower income and racialized communities. “They likely do represent some of the essential workers at higher risk of death and disability,” Chagla explained in a message to Maclean’s. “However, if we’re going to use vaccinations to dramatically curb transmission, there needs to be a significant shift to really get to essential workers and their communities, even down to the age of 16 to 18, rather than other at-risk individuals who are able to stay home.”

If Morris were in control, “the only people who should be out and about are essential workers, maybe kids and teachers. So, you define what are your essential workers and then you vaccinate all of them.” As for everyone else, including those currently ahead of essential workers in the province’s plan, Morris believes “they should be, by and large, staying at home or being outdoors for exercise.” And only after those staying at home begin to be vaccinated should the province open up the economy. “It’s beyond me where we are at right now. There is no reason for us to be trying to run an economy when our ICUs and hospitals are being filled.”