Why The Stress Of Dieting Is Making Us Miserable 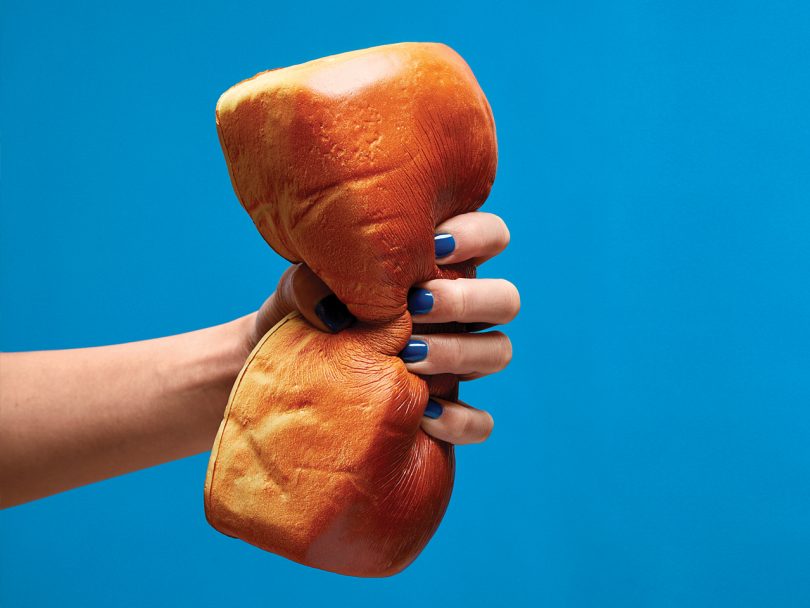 Sheri Phillips Morrow was seven when she first started feeling anxious about her weight. “I’d go to the store and buy myself junk food,” says Phillips Morrow, now 53. “I’d take it to the playground, hide in these big cement cylinders and binge.” In her 20s, when her weight climbed to 240 pounds, she joined a dieting centre in her hometown of Coquitlam, B.C. “I felt like I had to fix myself,” she says.

Phillips Morrow attended daily one-on-one sessions and weigh-ins while following a strict low-fat, low-calorie diet. At first, the results were astonishing: over a period of eight months, she lost nearly 90 pounds. But once the program ended and the restrictions were lifted, she quickly regained the weight.

The cycle of binge eating and dieting continued for decades as Phillips Morrow tried program after program: Weight Watchers, Jenny Craig and Dr. Bernstein. In between, she got married, had her first child and expanded her after-school child care business. But the constant dieting put her on edge. “Everything is intensified,” she says. The anxiety she felt about dieting and food preparation made her tense and moody around her family. “I would turn on my husband for making a bag of popcorn,” she says. “It was like, ‘You don’t love me.’”

After she gave birth to her second child at the age of 36, Phillips Morrow experienced postpartum depression. She believes that it was amplified by the anxiety and constant failure of dieting. She began to take antidepressants, but even though her mood improved, the stresses of dieting was all-consuming. “It would make my mind race,” she says. “I just didn’t have time to live my life because it was all about what I ate.”

Dieting rarely works. According to the Institute of Medicine in Washington D.C., Americans who diet regain two-thirds of the weight they lose within one year and almost all of it back within five years. More and more research also shows the toll that dieting takes on our phsyical health: a 2018 study in The Lancet found that people on both high-carb and low-carb diets have a greater risk of mortality than those who consume carbs in moderation.

Yet, despite all the research, countless women go through an ordeal similar to Phillips Morrow every year. A study by Insights West found that 48 percent of Canadian women dieted in 2017. Less talked about is the impact that dieting can have on our mental health. Researchers have demonstrated that the impact of dieting is both physiological and psychological. Even if you aren’t restricting your diet, the act of tracking what you eat can stress you out and affect your mental well-being.

A University of California study from 2010 measured self-reported stress levels of women who were monitoring (but not restricting) their diets, and found that their perceived stress increased over a three-week period. That same study also tracked the stress levels of a separate group that went on a 1,200-calorie diet of prepackaged, prepared foods (similar to programs like Jenny Craig). These restricted dieters experienced a 15 percent increase, on average, in their levels of cortisol—a hormone released by the body as a reaction to stress. High levels of cortisol can exacerbate depression, high blood sugar and weight gain. Participants who restricted their food intake had a 66 percent chance of having higher cortisol levels than those who didn’t restrict their eating. The same study revealed a disconnect between our physiological stress response (increases in cortisol) and our perceived levels of stress. “Those who diet may assume that their restrictions aren’t harmful and, in fact, persevere in what may be a physiologically stressful diet because they do not feel psychologically stressed,” the study reports.

Michele Laliberte, clinical lead of the Eating Disorders Program at St. Joseph’s Healthcare Hamilton, says that diet-induced hunger can make it more difficult for us to maintain our emotional stability, similar to how sleep deprivation affects us when we’re facing a stressful day at work or home. “It makes you more vulnerable to anything that you’re already vulnerable to,” says Laliberte. “If you happen to be vulnerable to anxiety and depression, those conditions are going to get worse.”

If everyone you know seems more stressed than usual, it could very well be because they’re on diets. Many of the most popular diets aren’t marketed as diets but as supposedly healthy lifestyles: keto (low-carb, high-fat), paleo (low-carb, high-protein, also known as the “caveman” diet), intermittent fasting (limiting one’s “eating” window, usually to eight hours, followed by 16 hours of fasting), dairy-free, sugar-free, nut-free, gluten-free, raw food, Whole30, alkaline. Google searches in Canada for the terms “keto” and “intermittent fasting” have increased tenfold from 2016 to 2018. Burger chains now offer low-carb keto buns, and online shops like SwitchGrocery and Natura Market have popped up in the past few years, stocking food items that cater to specialty diets with an emphasis on low-carb products for those on keto and paleo diets. Before-and-after images and meticulously styled overhead shots of keto-friendly meals, with the hashtags #eatfatlosefat, #lowcarblife and #iquitsugar, gloss over the harsh realities and psychological impact of being on a diet.

Mallory Frayn, a PhD candidate at McGill University who studies the effect of emotional eating on dieting habits and weight, has noticed how social media has normalized radically restrictive diets. “When I talk to patients and look at Instagram and social media culture, it’s clear that those who follow keto, paleo and Whole30 restrictions don’t necessarily consider themselves to be on diets,” says Frayn. “It’s just something people do.”

Josée Sovinsky, a registered dietitian who provides nutrition counselling at a not-for-profit community health centre and in private practice in Toronto, was drawn to her profession after experiencing the risks of dieting on a personal level. In 2011, while in her early 20s, she became obsessed with trying to eat “perfectly,” using a calorie-counting app to track her meals and demonizing sugar along the way. “I’ve always had a sweet tooth, but I developed a fear of sugar and what it would do to my body,” she says. She convinced herself that it was just a “healthy eating” phase. “When I lost weight, I posted a photo of myself on social media and announced how excited I was,” she says. “People congratulated me without knowing that I was really unhappy and felt so much shame behind all of that.”

While studying eating disorders as part of her university nutrition program, she realized that her so-called “healthy eating” habits weren’t, in fact, healthy. “No one on a diet is having a good time,” she says, “but a lot of us don’t want to admit that because it is seen as such a positive thing.”

The most commonly prescribed alternative to dieting? Moderation. Health professionals are also starting to recommend so-called “intuitive eating,” which “takes weight off the table” and encourages recovering dieters to eat regular snacks and meals, pay attention to hunger and fullness cues, and eat what they feel their body needs without worrying about banned or forbidden items. It’s important not to confuse intuitive eating with, well, eating whatever you want. Intuitive eating is about relearning body cues, recognizing how food makes us feel physiologically and psychologically, and combining that with an awareness of nutrition and calorie intake.

The intuitive-eating model was how Phillips Morrow ended the anxiety-inducing dieting cycle. She no longer counts calories, measures out portions or binges on junk food. She eats whole foods and fresh fruits and vegetables and minimizes processed goods. Though she doesn’t weigh herself, she thinks she may be around 235 pounds but feels that the numbers on a scale don’t matter anymore. “For the first time ever in my life, I’m happy with who I am, and it doesn’t matter what my size is,” says Phillips Morrow. “I realized that food can be a beautiful thing. It’s meant to enhance our lives and fuel our bodies. It’s not meant to make us miserable.”