Two Experts On How To Protect Yourself From BA.4 And BA.5

Vaccines and masking are key. 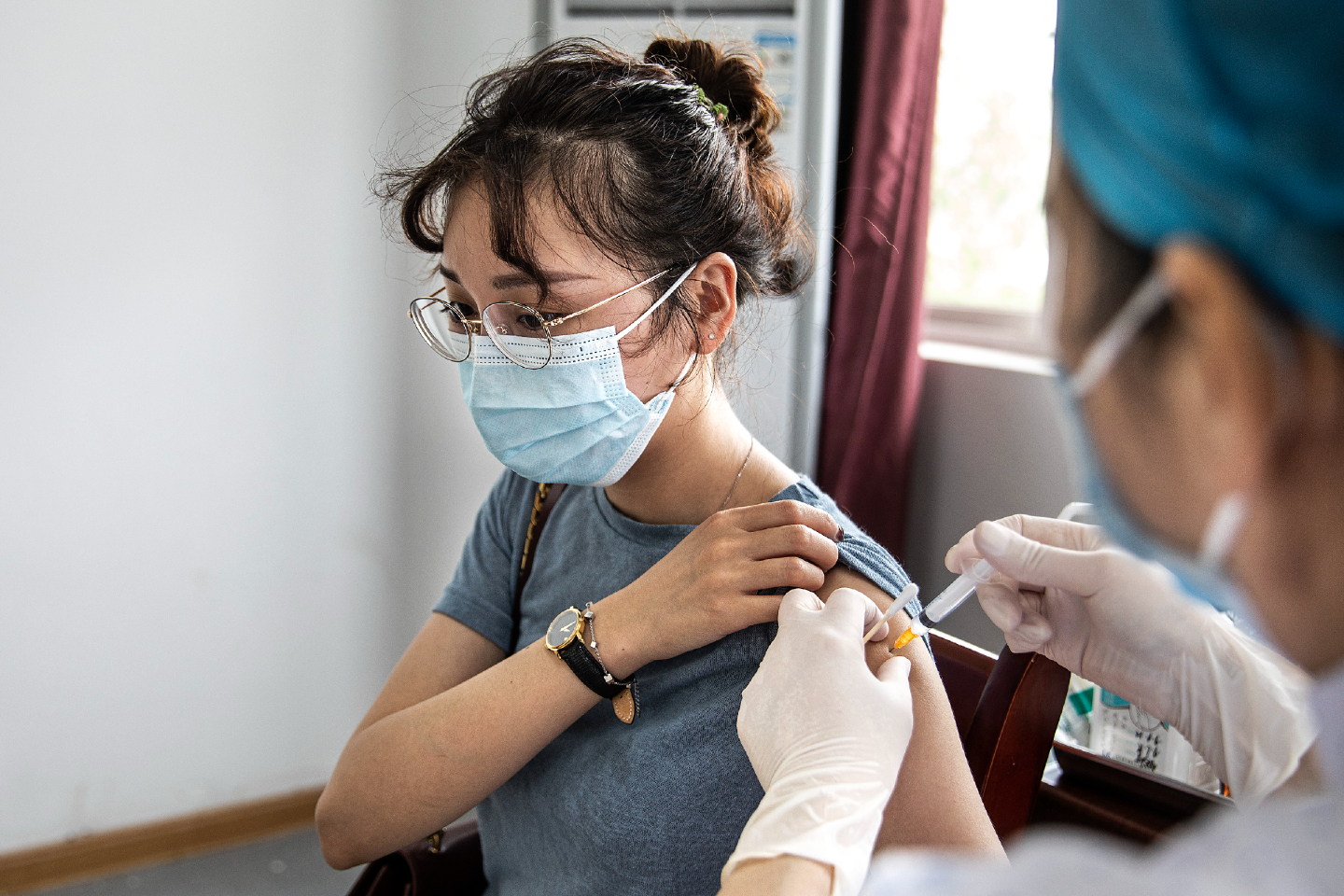 Provinces across Canada are now in the seventh wave of COVID-19 cases, fuelled by BA.4 and BA.5 variants. Experts say these variants are more infectious than previous strains of the virus, so it’s more important now than ever to get boosted and stay masked in crowded indoor spaces to slow the spread of the virus.

Chatelaine spoke with Dr. Jayne Danska, a professor and senior scientist at the Hospital for Sick Children Research Institute, where she researches human immunology, and Dr. Tania Watts, an immunology professor at the University of Toronto and Canada Research Chair in Antiviral Immunity, about what makes these variants different and how best to protect yourself.

BA.4 and BA.5 are the newest subvariants of the Omicron variant of COVID. Both BA.4 and BA.5 are more infectious than previous variants, which has led to an increase in cases across the United States and a seventh wave of COVID-19 cases across Canada, particularly in Ontario, Nova Scotia and Quebec. While Canada isn’t testing enough of the population to know for certain, says Danska, it’s likely that these variants are now the most prevalent strains circulating.

Neither variant, however, causes more severe disease or illness compared to earlier Omicron variants. South Africa, for example, saw a rise in cases but no significant rise in hospitalizations in its most recent wave fuelled by BA.4 and BA.5. That won’t be the case everywhere, though—it depends on the level of immunity within a population and also vaccination rates.

What can I do to protect myself?

The best way to protect yourself from COVID-19 and its variants is to get vaccinated. Vaccines are effective and protect against severe illness. While uptake of the first and second vaccines was high, less than 50 percent of Canadians have received a third booster dose. Getting boosted is especially important because your immunity against COVID-19 naturally decreases over time between vaccinations. Boosters trick your immune system into believing the virus is inside your body, kickstarting the production of antibodies that will recognize and attack the virus when and if you do become infected.

If you do get COVID-19 but you’re fully vaccinated, you’ll end up producing less of the virus, which lowers your chances of infecting those around you. Last week, Health Canada approved the first COVID-19 vaccine for children under five, which Danska says will help reduce the spread of the virus once kids go back to school. “If you’re eligible for a third vaccine, get it now, and if your children are eligible, get them vaccinated,” says Danska. “I don’t think we can say this strongly enough.”

Eligibility for fourth doses varies by age group across provinces. In Ontario and Quebec, for example, anyone over the age of 18 can get their second booster, while in Nova Scotia, only certain high-risk groups and those over 50 are eligible.

Last week, Ontario’s chief medical officer said that people could wait until the fall to receive a bivalent booster instead of getting their fourth dose. But both Danska and Watts recommend getting the fourth booster now if it has been six months since your last dose and you haven’t gotten COVID-19 within the last three to four months. If you’re elderly, or work or visit people in high-risk settings, Watts says it’s especially important to get boosted as soon as you can. Getting boosted now wouldn’t disqualify you from getting the bivalent booster later—you may just have to wait six months from your last dose.

And while masks are no longer mandatory in most indoor settings across the country, Watts says you should still be masking in crowded or poorly ventilated indoor spaces like grocery stores or on public transportation. Opt for a well-fitted fibre mask like a KN95 or N95, both of which offer better protection than a cloth mask. The usual precautions we took earlier in the pandemic still stand, she adds, including masking in high-risk settings and isolating from others if you feel sick.

Should I still be using rapid tests?

If you have symptoms or have been in close contact with someone who’s tested positive, you can take a rapid test, but remember they’re not always accurate and you can test negative even if you have COVID-19. These tests require a large load of virus to detect and are sensitive enough that if you swab in the wrong place, you can get an inaccurate result. If you end up testing negative but suspect you have COVID-19, Watts says it’s safer to self-isolate. False positives on rapid antigen tests, however, are much rarer, and you should assume you have COVID-19 if you test positive.

I’ve heard that BA.5 is “immune evasive.” What does that mean?

That’s true to some extent, but it isn’t the full story. BA.5 and BA.4 are mutated forms of the COVID-19 virus, meaning that they have a mutation on spike proteins found on the surface of the virus where antibodies bind to neutralize and prevent it from entering our cells. But because of that mutation, the antibodies we’ve developed from prior infection or vaccination have difficulty binding to these spike proteins, thereby allowing the virus to pass through our defences. We know this from lab studies that expose antibodies to the virus to see how they react and it’s these studies that are used as evidence to explain the subvariants’ immune-evading abilities. Other mutations of the BA.5 variant may also allow it to infect us more easily.

“There’s nothing inherent about these new forms of the virus that suggest that we can’t make perfectly good antibodies to them,” says Danska. “It’s just that the antibodies that we’ve made may be a little less efficient at binding and neutralizing this particular form of the virus.”

This isn’t to say vaccines are ineffective against BA.5 or BA.4, or that the antibodies we’ve developed as a result are useless. Vaccines are incredibly effective at preventing severe illness even if you contract the virus, and they’ve saved millions of lives to date. We also develop other antibodies upon vaccination that bind to non-spike proteins on the surface of viruses and form immune complexes that tag the virus for destruction by other cells in the immune system, notes Watts. So even though vaccination may not prevent re-infection, the antibodies you gain from vaccination will help you fight off the virus. If vaccines didn’t protect us from BA.5 or BA.4, the virus would cause more severe illness in vaccinated people, but that isn’t the case.

What lab studies also overlook, adds Danska, is that antibodies are just one part of the immune response. Although they don’t act as quickly, specialized immune cells called cytotoxic T cells can kill off infected cells when antibodies fail, slowing the spread of the virus in the body. (Antibodies are plentiful in the blood and it’s easier and cheaper to test their response toward variants in a lab setting, as compared to other white blood cells.)

Could we see vaccines targeted toward specific variants?

Moderna is already developing a bivalent booster targeting BA.4 and BA.5, and Ontario’s chief medical officer said that a similar booster could be available as early as the fall, depending on the variant it targets.

While it is possible to create vaccines to combat specific variants, Watts says we’re more likely to see boosters that target multiple variants at once. The more variants we put into a vaccine, the broader our immune response and our production of antibodies to fight these variants upon exposure. This also gives the virus less room to successfully mutate. The science behind these vaccine cocktails isn’t new: each year, the flu vaccine is made up of multiple influenza viruses that experts predict will circulate in the upcoming flu season.

There’s a general assumption that the worst of COVID-19 is behind us. Is that true?

We know a lot more about the virus now than we did at the start of the pandemic, and we’re also better equipped to protect ourselves with vaccines. But despite loosening restrictions, COVID-19 is still dangerous to vulnerable populations, with Omicron killing more Ontario seniors than the previous Alpha and Delta waves combined. And there’s no way of knowing what variants will pop up next or how infectious they’ll be. Danska adds that because of this, you not only need to assess your own risk of getting COVID-19 but make decisions considering the health risks of those around you.

While it is true that BA.5 doesn’t cause severe disease in otherwise healthy individuals and likely won’t be life-threatening to those of us who are vaccinated and non-immunocompromised or elderly, getting infected puts you at risk of developing long COVID symptoms that are neither well understood nor clear on how to treat. A rise in cases and people seeking medical care will also exacerbate an already stressed healthcare system—patients face hours-long wait times in emergency rooms with dwindling staff. “We’re going to be seeing the repercussions of this virus for some time yet,” says Watts.