Busting down the myths and misconceptions about exercise

If you've ever been to a gym, you've received fitness advice, whether you wanted it or not. Do cardio before you lift weights. Or wait, do your lifting before you get on the treadmill. The elliptical machine is the best cardio machine, unless you think the treadmill is. Running will either ruin your knees or make your joints stronger. How do we know which advice is sound and which we should ignore? 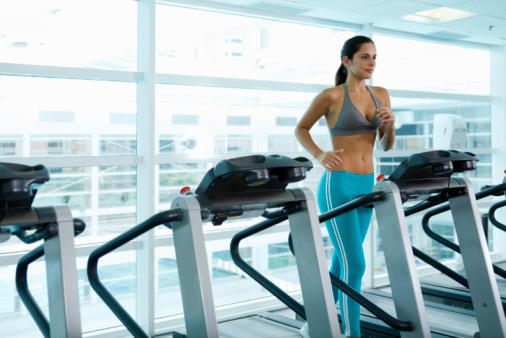 If you’ve ever been to a gym, you’ve received fitness advice, whether you wanted it or not. Do cardio before you lift weights. Or wait, do your lifting before you get on the treadmill. The elliptical machine is the best cardio machine, unless you think the treadmill is. Running will either ruin your knees or make your joints stronger. How do we know which advice is sound and which we should ignore?

Journalist Alex Hutchinson investigates the science behind the convention wisdom on fitness and exercise in his book Which Comes First, Cardio or Weights? He answered some questions for us about what surprised him when researching his book and how what he learned writing it changed his workouts.

Q: What motivates your interest in science and exercise reporting?

A: Exercise can be such a powerful and positive force — I’ve seen that firsthand in my own life, and in the lives of friends and family. But when you look around, the quality of information that’s out there about how to exercise is so unbelievably bad! So as a journalist, I’ve found it hugely rewarding to work in an area where simply presenting the straight facts has so much potential to help people.

Q: What led you to the idea for your new book, Which Comes First, Cardio or Weights?

A: The initial idea goes back to when I was competing for the Canadian track and field team. I was always a bit of a science geek and sports nerd, so I spent a lot of time talking to top scientists and coaches, and keeping up to date with the latest thinking on how to train. But then I’d talk to my friends back home, and be totally amazed by the crazy ideas they’d picked up at the gym about, say, the best way to stretch and warm up, which were 30 years out of date. I realized that there’s an enormous gap between the exercise scientists who are generating thousands of new studies every year, and the general public. Bridging that gap is what motivated me to start the Jockology column in the Globe and Mail back in 2008, and then to take on the challenge of putting together this book.

Q: Was there something you learned in the course of researching and writing your book that really surprised you?

A: There were a lot of little surprises — tried-and-true bits of wisdom that actually turn out not to be true. Traditional “static” stretching before exercise, for example — something I did religiously for over a decade — turns out not to reduce injuries, and actually makes you slower and weaker. These days, I do a “dynamic” stretching routine instead. I also learned that, contrary to popular belief, weight-bearing exercise isn’t necessarily the key to maintaining bone density. And the best way to stay hydrated might be, crazy as it sounds, to drink when I’m thirsty.

If I had to pick one “biggest” surprise, it would probably be the recent findings about the dangers of too much sitting. I’d always figured that, as long as I exercised hard for an hour or two every day, I could do whatever I wanted for the rest of the day. But there’s a lot of evidence now that sitting motionless at a desk for hours at a time (which pretty much describes my work day!) causes some bad changes inside your body. These days, I try to get up and pace for a few minutes at least once an hour.

Q: How has the experience of working on this book changed how you exercise?

A: I’ve mentioned a few changes already, like my stretching routine. The most important thing, to be honest, is something I’m still struggling with. As a lifelong runner, I’m lucky enough to be quite thin, which I always assumed meant I was pretty darn healthy. But I’m now in my mid-thirties, which (I now realize) means that I’ll be losing muscle steadily for the rest of my life, a process called “sarcopenia.” And I don’t really have much muscle to spare! I have to look ahead, and realize that in order to remain active when I’m older — to have enough strength to push myself up out of a chair when I’m 80, say — I need to build more muscle right now. It’s a big challenge for me, but I’m working on those pull-ups.

Q: If you could only give one piece of advice to someone looking to improve their exercise routine, what would it be?

A: I’m going to cheat and give you three, but the first two don’t really count because they’re more along the lines of “before you start”:

1. Do something rather than nothing. We can argue until we’re blue in the face about what the “perfect” exercise regimen is, but there’s a huge pile evidence telling us that every little bit helps. Get up right now and go for a walk around the block, and you’ve done something good for your body and mind. Worry about the details later.

2. Figure out your goals and monitor your progress. Think carefully about where you want to be in six months, a year, five years — bearing in mind the aphorism that most people overestimate what they can achieve in the short term and underestimate what they can achieve over the long term. If you don’t see progress toward those goals in six to 12 months, reconsider your program.

3. Try something new. There is no perfect exercise. Different types of exercise offer different benefits, so you should mix it up. That way, you’ll avoid the diminishing returns of doing the same thing over and over. And hey, it might be fun.