Why Buckwheat Groats Should Be Your New Food Obsession (Seriously)

If “superfoods” were actually a thing, buckwheat groats would top the list. 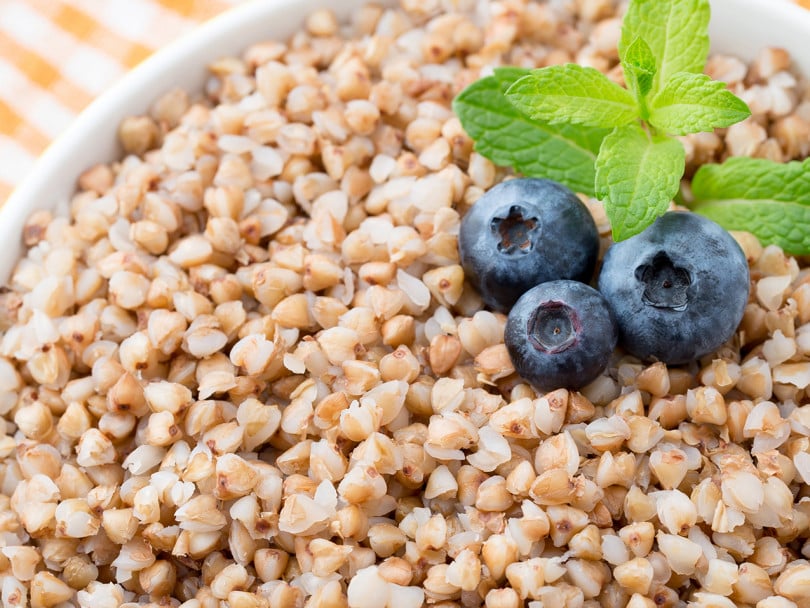 While there’s technically no such thing as “superfoods,” they’re generally thought of as foods that cram a whole lot of nutrients and health benefits into comparatively low calories. You may already be sipping your spinach, matcha and blueberry smoothie, but here’s why you should be tossing buckwheat groats into everything from oatmeal to salad.

What are buckwheat groats?

Buckwheat groats are the hulled seeds of the buckwheat plant; they’re a gluten-free “pseudocereal,” because they act like more like a grain than a seed, much in the same way as quinoa. They’re a traditional staple in Eastern European cooking, used in dishes like kasha varnishkes and potato knish. When eaten raw they’re crunchy and slightly nutty, and when cooked they soften to a texture similar to rice, depending on how long they’re simmered. Roasted buckwheat groats are known as kasha, and with an earthier, slightly more bitter flavour, they make a highly addictive crunchy snack. They can also be ground into a flour, which is commonly used to make soba noodles or crepes. You can find buckwheat groats at Bulk Barn, some grocery stores and health food stores (Bob’s Red Mill is a trusty go-to brand), or buy it from Amazon.ca.

Why are buckwheat groats healthy?

Buckwheat groats contain high levels of antioxidants such as rutin and quercetin, which are protective against cancer, heart disease and free-radical damage. Rutin is also thought to help fight inflammatory conditions like arthritis. Buckwheat groats are also a source of prebiotics. This means they act as “food” for the healthy gut bacteria, or probiotics, that live in our digestive tract, which research shows may play a role in immune function, mental health, allergies, weight management and more. Buckwheat is also high in soluble fibre, which can help lower cholesterol and reduce hypertension. The fibre also aids in digestion and relieves constipation which, long-term, can reduce the risk of colon cancer. Buckwheat groats score a 45 on the glycemic index (55 and lower is considered “low”) due to their high protein and fibre content, meaning they help keep you feeling full longer and won’t cause blood sugars to spike. Plus, a bioactive compound, D-chiro inositol, has insulin-like activity that may help lower blood sugars. Buckwheat is also a source of plant-based protein (6 grams in a ¼ cup dry), but it’s a standout because it contains all the essential amino acids. It’s also a good source of B vitamins, manganese, magnesium, zinc, copper, iron and folate.

How can you use buckwheat groats?

Kitchen Tip: This recipe is easily doubled and will get you through a week of breakfasts. Reheat in the microwave or in a pot over medium heat, adding a splash of milk or water to loosen a little.