A new study will screen people for the BRCA genetic mutation, regardless of risk, and track how many more mutations are detected. 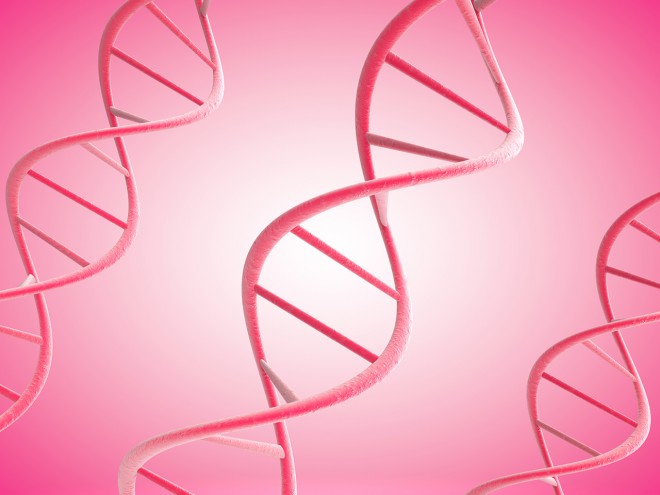 After her sister was diagnosed with breast cancer, Julie* had a second shock: she could be next. Her sister tested positive for a BRCA mutation, a genetic mutation that greatly increases risk for breast and ovarian cancer, and is hereditary. Julie and her other sister weighed their options and decided to get tested as well. Julie had the mutation; her other sister didn’t. Julie opted for a preventive double mastectomy, partly as a result of seeing how difficult chemotherapy was for her sister to endure. “I have a two-year-old and a six-year-old,” she says. “I have to think, what if something happened in a year, and I could have prevented it?”

In Canada, the BRCA 1 and 2 mutations are often identified this way — first in people who have cancer, and then in their relatives, who can opt to undergo screening. The provinces have created guidelines to determine who is high risk for a BRCA mutation, and those people are eligible to have the screening covered by their provincial health insurance. As the sister of someone known to have a mutation, Julie fit into one of these categories. But not everyone with a family history of breast or ovarian cancer does.

A team at Women’s College Hospital in Toronto is arguing that this system is not catching enough cases. They’ve put together a large study that will offer screening to people, regardless of risk, through a direct-to-consumer test that costs about $200. They’ll then track how many more mutations are detected — and cancers prevented — through this testing.

“Genetic testing is usually offered too late, [after] people have been diagnosed with some sort of cancer,” says Dr. Mohammad Akbari, director of the Research Molecular Genetics Laboratory at Women’s College Hospital. Ontario has been doing genetic testing for about 15 years, and yet he says a recent study estimated that only a few thousand BRCA1 and 2 carriers have been identified. “There are still thousands of individuals walking around on the street with this mutation, who would never think about their susceptibility to cancer,” he says.

Actress Angelina Jolie brought significant awareness to BRCA mutations in a 2013 op-ed in the New York Times. Because her mother, grandmother and aunt had died of breast cancer, she got tested for the mutation, was found positive for BRCA1, and had a preventive double mastectomy.

High-risk people like Jolie would be covered for testing under most provincial plans in Canada. Ontario, for example, covers people who have been diagnosed with breast and/or ovarian cancer and have a strong family history. The screening is also available to some people who haven’t been diagnosed with cancer and who are related to people who have tested positive for the mutation; who are Ashkenazi Jewish and have ovarian cancer or certain types of breast cancer in their family; and to anyone who has a risk higher than 10 percent of carrying the gene mutation, which is determined using sophisticated calculators that look at family history of the disease.

“Most provinces recommend it for women who have a personal history of [breast or ovarian] cancers or a family history of it — a first-degree relative,” explains Rob Nuttall, assistant director at the Canadian Cancer Society. “Also if you’ve had a grandmother or an aunt who has had it under 50, that’s often a sign that there may be something genetic.”

People who don’t fall into these categories are thought to be much less likely to have the mutation. Guidelines from the U.S. Preventive Services Task Force — which often inform the Canadian guidelines — recommend against routine testing or genetic counselling for women at low risk for the gene mutations. It says there is little to no benefit from testing everyone, and possible harm, including false positives.

Akbari argues that’s overstating the research. “We still do not have that much strong evidence against [population-wide testing], and we have a body of evidence that says this will be very helpful,” he says, adding that the Women’s College Study will offer valuable insights into this.

At home testing for BRCA 1 and 2 already exists through companies like 23andme and Color Genomics, but neither tracks how effective this kind of screening is at prevention. (Color Genomics refers customers to a physician, or they can ask their own doctor to order it. 23andme only tests for three of the most common BRCA mutations.)

The Women’s College test does not include in-person pre-screening genetic counselling, in which counsellors talk to you about your individual genetic risk, screening options, and what you would do with the information if you got a positive or negative result. This is is usually a prerequisite to — and included as part of — provincial screening.

Women who are interested in participating in the Women’s College study can register online thescreenproject.ca. Those who can’t afford the test can also apply for financial assistance. Once registered, participants will be sent a saliva collection kit, and they can return their samples by mail. People who test negative will be told their results by Veritas Genetics, the private company that’s partnering with Women’s College to perform the test. People who test positive will be referred to the hospital.

*Names have been changed