Are you depressed or just unhappy?

We chat with the U of T professor who says everyone thinks they're depressed, but most are just sad. 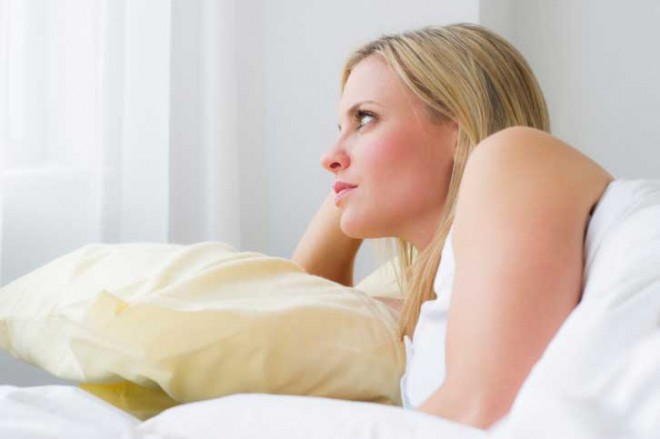 Find out if your inability to get out of bed is a clinical issue, or just sadness (Photo by Getty Images).

I spent a bunch of the winter feeling down and not completely like myself. The days were so dark and short, and the air so bitterly cold, that I felt like all of the energy had been drained out of me. I felt completely lethargic and unmotivated, and I found myself needing a lot more sleep every night. I also found myself online, googling my symptoms and looking to make an amateur diagnosis. Did I have seasonal affective disorder (SAD)? Was I depressed? Did I need to see a doctor about some kind of prescription?

In the end, I thought the first place I should look was my diet, sleep and exercise patterns. I realized that part of the problem might be that I hadn’t worked out consistently in over a year, that I had seriously dropped the ball on balancing fruits, vegetables and protein, and that I had a crazy sleep schedule with five hours one night and 11 hours the next. Plus, the weather was simply bringing me down. Once I started making some changes, helped by the longer days and slightly warmer weather, I felt much more like my old self.

I don’t use this example to minimize serious depression, anxiety or other mental health issues. But the point is that we’ve gotten to a point where almost everything seems like a diagnosable ailment with some kind of pharmaceutical solution. In a new book, How Everyone Became Depressed: The Rise and Fall of the Nervous Breakdown, University of Toronto professor Edward Shorter explains how up to a third of us now convince ourselves that we’re depressed when only three percent of us are actually chronically sad. Shorter’s primary focus is how “depression” became a catchall category for a wide range of symptoms, and why that leads to ineffective treatment. I asked him a few questions about the difference between being depressed and just being unhappy:

Q: What’s the difference between being depressed and just being unhappy?
A: Depression is a clinical illness, while unhappiness is a state of mind. With depression, you actually have symptoms like slowed thought and movement, a despairing sense of the future, an inability to feel pleasure or find meaning, and ongoing thoughts of suicide. These are all things that people who are merely unhappy don’t have. But I should note that the term “depression” is actually meaningless, as it’s used to describe a series of separate diseases, the most serious of which is melancholia, which includes the symptoms I listed above.

Q: How did depression become a catchall term for people not being thrilled with life?
A: It’s been marketed systematically to the public by the pharmaceutical industry ever since DSM III (Diagnostic and Statistical Manual of Mental Disorders, third edition) in the 1980s. It launched major depression as the big mood diagnosis. The problem is that it combines two major forms of depression: melancholia, which is more serious, and non-melancholia. Until that time, anxiety had been the big money-maker, but those medications became associated with their addictive properties. The time was right for a 90-degree shift to depression, which created a beautiful new category of illness. Virtually anything you put on the market, including Hostess Twinkies, would be good for some aspect of that enormously broad term. It was really easy to tell almost everyone that they were “depressed,” regardless of their specific symptoms. Most people who don’t have melancholia are not chronically sad. They might be anxious, demoralized, despairing, tired or disappointed, but their symptoms are very different from a major mood disorder. This isn’t the way medicine should be practiced because it doesn’t correspond to a proper diagnosis.

Q: How do you know if medical intervention is required?
A: We do have a lot of very effective medications on the market now that can help improve a patient’s outlook on life. Sometimes exercise therapy is appropriate, and sometimes psychotherapy is appropriate. It’s not just about pharmaceutical care. I’m uneasy about the idea that you can think your way out of real diseases, whether it’s depression or nerves. These are real illnesses. But there are people who are unhappy and who are being prescribed medication, and that’s a problem because there is no medical cure for unhappiness. Unhappiness is a structural problem. If you can cure yourself of whatever is making you unhappy, then you’re not depressed.