Who Is Allowed To Administer The COVID-19 Vaccine In Canada?

Health care workers need specific qualifications to immunize people. The Public Health Agency of Canada has made the training free to provinces and territories. 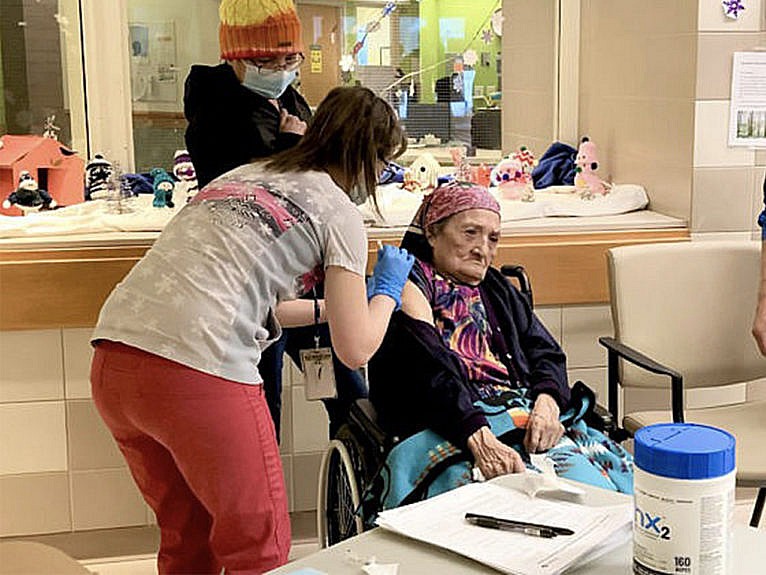 In the past few weeks, countless doctors, nurses and other health care professionals have volunteered to help with Canada’s vaccination programs in an effort to get as many Canadians vaccinated as quickly as possible. But who is actually allowed to administer the COVID-19 vaccination?

The answer isn’t as simple as it seems. For one, you must be a health care worker, and for another, you need specific qualifications to immunize people. Provinces determine the professions and qualifications. For example, registered nurses in British Columbia need to have the specific competencies established by the B.C. Centre for Disease Control (BCCDC), meaning they take the immunization competency course offered through the BCCDC or BCCDC-approved education through another agency or organization.

While those systems may be enough to deal with vaccination needs during usual times, they can’t handle the demands created by this pandemic. So provinces are adapting as they go.

To widen the pool of people allowed to administer vaccines, Manitoba issued an order on Dec. 9 under its Regulated Health Professions Act that extended the ability to vaccinate from the existing set of regulated professions—which included nurses, paramedics, physicians and some medical assistants—to a wider pool that now includes physiotherapists, veterinarians, students in health care programs and retirees who are no longer registered with their professional colleges. “There’s a whole group of very well-trained people with backgrounds in health who know how to administer injections, sterile techniques and safety in terms of medication administration,” says RaeAnne Thibeault, academic executive director at Winnipeg-based Red River College. They just needed to upgrade their existing base of knowledge to include vaccinations.

The college was tasked with creating and running a COVID-19 immunization program to train everyone hired by Shared Health Manitoba for its vaccination program who didn’t have specific immunization credentials. (The province opened an employment portal to staff its vaccination clinics. The jobs show the complexity of the task, which includes hiring schedulers, clinic leaders and managers as well as client navigators and post-immunization observers.)

It took two weeks and 20 people for Red River College to get the program up and running by Dec. 13, explains Bill Rutherford, the college’s business development manager. The eight-hour tuition-free course consists of five hours of theory, delivered online, as well as three hours in skills labs, held at Red River College in Winnipeg as well as Assiniboine Community College in Brandon, with other sites due to open shortly.

Though no province contacted by Maclean’s would say how many people will be needed for their COVID-19 vaccination programs, Manitoba offers a clue as to the scale of the effort. Since Dec. 13, some 384 people hired by Shared Health Manitoba have taken Red River College’s vaccine administration micro-credential program.

The Public Health Agency of Canada is making it easy for people to become qualified, providing provincial and territorial health agencies with complimentary registrations to the Education Program for Immunization Competencies (EPIC) course offered by the Canadian Paediatric Society (CPS), as well as one on vaccine hesitancy and another specifically on hesitancy to the COVID-19 vaccine. EPIC, a self-guided online program that usually costs $200, is one of the society’s most popular offerings, and is often bulk-purchased by provincial health authorities for their workers, the CPS told Maclean’s.

British Columbia is one of those provinces offering free access to EPIC to qualified professionals. To quickly train people, BCCDC is recommending that just five of EPIC’s 14 modules are needed to administer COVID-19 vaccine.

These slimmed-down immunization qualifications are designed to last only as long as needed during this pandemic. Manitoba’s order extending the number of professions that can give the COVID-19 vaccine “terminates on the day that the minister of health, seniors and active living no longer believes that a serious and immediate threat to public health exists in the Province of Manitoba, unless sooner revoked.”