The definitive top 10 ranking of things to eat at Ikea

If you've ever shopped at Ikea, you likely know all about shopping hanger. Here are favourite quick and cheap on-site eats, from chocolate caramel cake to those famous meatballs — Swedish for delicious! 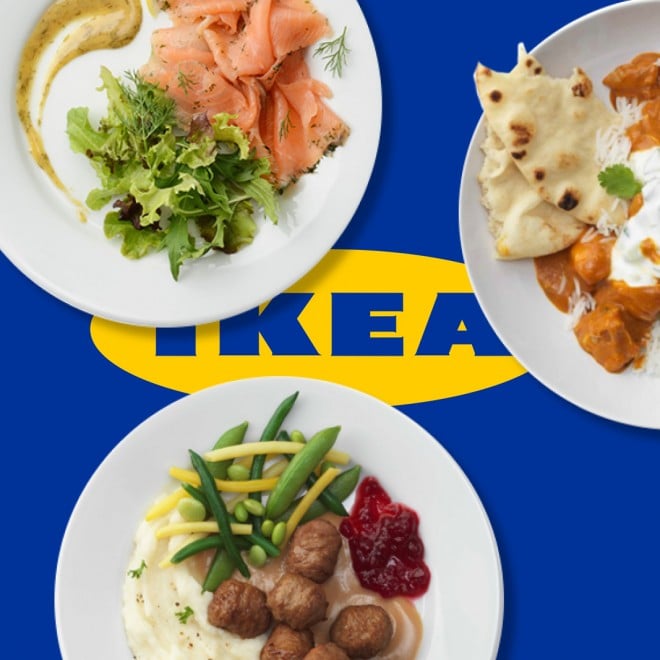 Ikea isn’t just for cheap bookcases. Almost inevitably, shoppers will end up eating at one of the Swedish retail giant’s in-store restaurants.

And while the food may sometimes seem like an afterthought to the sea of modern home furnishings, it’s long been a part of Ikea’s identity. In 1959, a restaurant opened at the first Ikea store in Älmhult, Sweden because, in the words of Ikea founder Ingvar Kamprad, “It’s difficult to do business with someone on an empty stomach.” It wasn’t until 1985, however, that the now-famed Swedish meatballs were added to the menu (the company currently sells 150 million annually). In the last decade, food has become an ingrained part of the Ikea experience.

Along with the expansive restaurants that serve scores of hungry patrons daily, there’s also the quick service bistros (for cheap hot dogs and pizza) and the Swedish Food Markets. Launched in 2006, the markets hawk everything from packaged smoked salmon and jars of preserved lingonberry to frozen meatballs and bulk candy. Indeed, Ikea’s food offerings have expanded over the last decade and the stores now offer wide-ranging, sustainably sourced options that, like the furniture Ikea made its name on, are reliable, affordable and, perhaps most importantly, there.

Ranked here are our 10 favourite options from the Ikea Canada cafeteria. 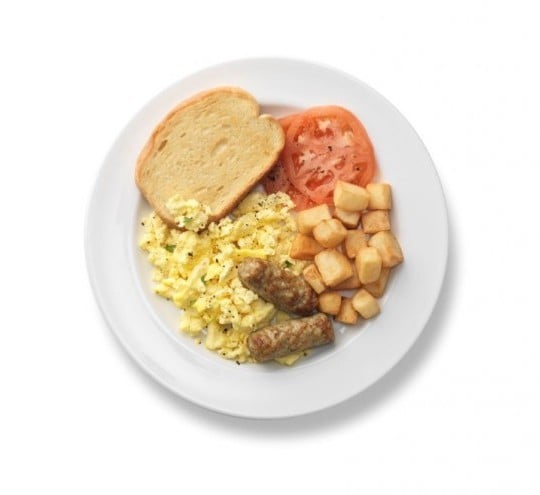 As classic a dish as the Ikea kitchen puts out — and one that rivals the meatballs in popularity — this filling plate enjoyed by the early-bird crowd is built out of cage-free scrambled eggs, fried chicken sausage, hash browns, buttered toast and sliced tomatoes. Best of all, it can be enjoyed before the masses descend on the store. The fluffy eggs, crispy potatoes and salty sausage will fool your stomach into thinking you’re at your favourite local greasy spoon. Also: three bucks! 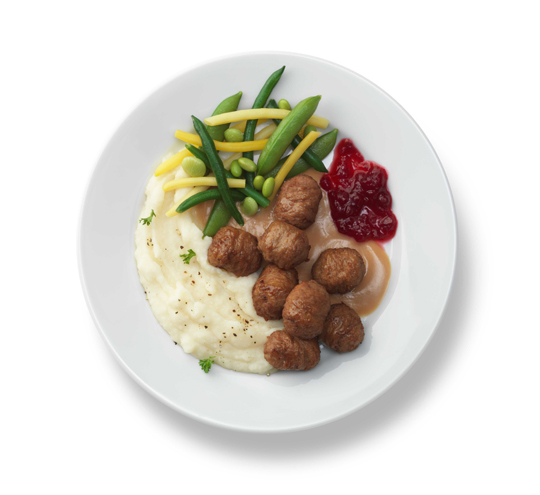 The horse meat scandal of 2013 did nothing to quell the popularity of these tasty little spheres (though the fact that stores in Canada weren’t affected might have helped). Served with mashed potatoes, a rich cream sauce, sweet lingonberry jelly, and steamed mixed veggies, the beef-and-pork meatballs are, according to the company, sustainably sourced and free of added hormones and additives. 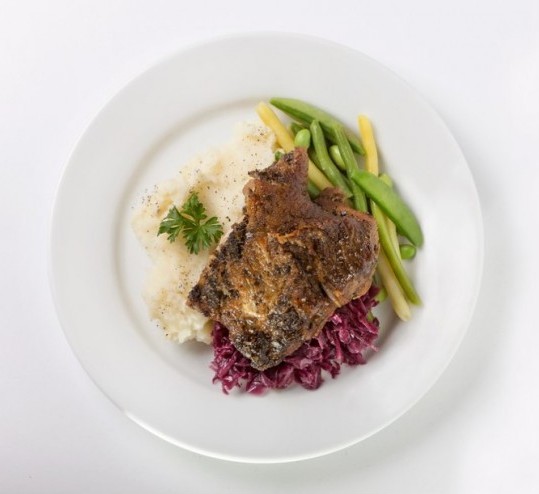 One of the newest additions to the menu, the tender (and trendy) slow-cooked pork shoulder is paired with mashed potatoes or fries, steamed veggies and a tart red cabbage slaw. Wash it down with a cranberry-like lingonberry juice box to help cut the richness of the dish. 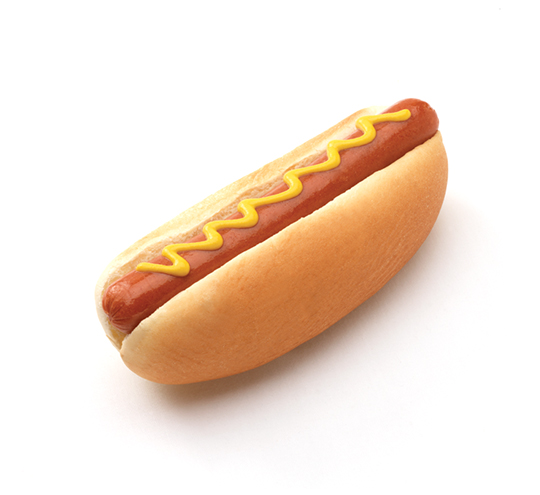 The two Ikea food items most responsible for placating thousands of cranky, shopping-exhausted children, neither the pizza slice — which wouldn’t be out of place in a high school cafeteria — or the hot dog — the kind you might enjoy at a ballpark — are especially memorable, but they are the perfect quick fix snacks at the end of a long visit. 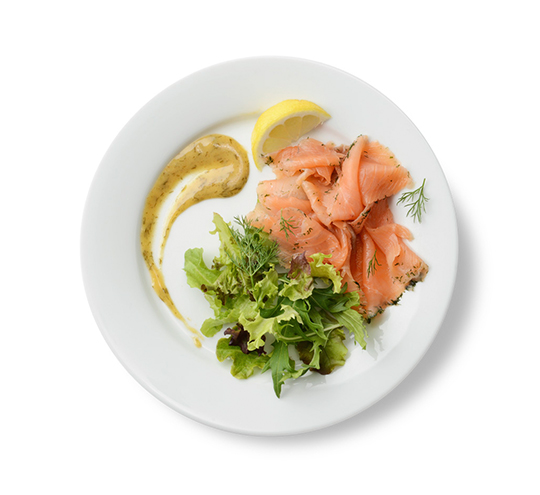 Perhaps the menu item most resembling the kind of dish you’d enjoy at a Stockholm café, the Gravadlax is a plate of dill-accented cured salmon slices served with a spiced-mustard dressing, a mixed leafy green salad and a lemon wedge. Enjoy it with a glass of pear-flavoured sparkling Nordic fruit water to make for a nice, light lunch. 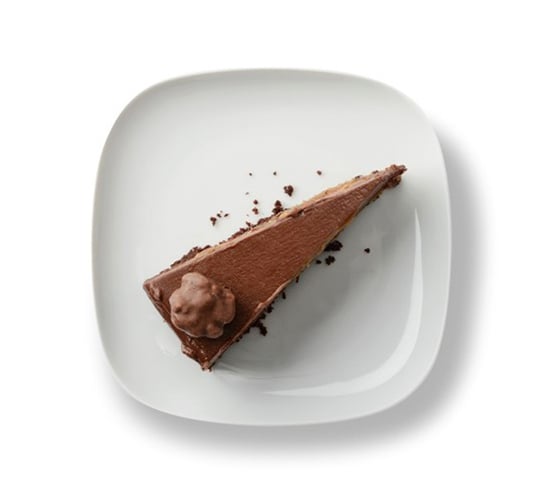 The secret to this decadent, layered little triangle is that it’s studded with Oh Henry chunks for some added crunch. It’s easily the best dessert on the large menu, and reason enough to always leave room for something sweet when eating at Ikea. 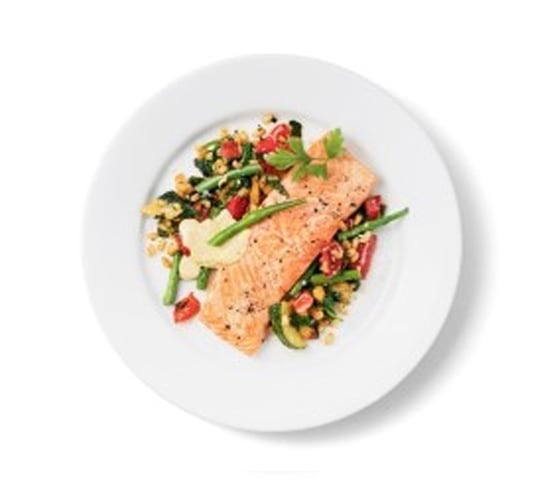 This dish is made with responsibly sourced fish that comes from Aquaculture Stewardship Council–certified farms. Boasting a centre cut filet with hollandaise, a wheat pilaf and steamed veggies, this is a posh plate by the cafeteria’s standards (though we recommend eating it hot before the sauce sets). 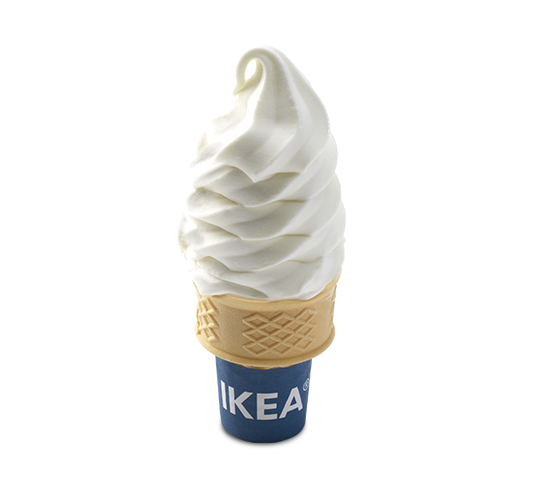 Enjoyed equally by shopped-out adults and their kids tuckered out from hours in the ball pit, the creamy frozen yogurt cone is the food equivalent of the Kallax storage unit — functional simplicity at its best. 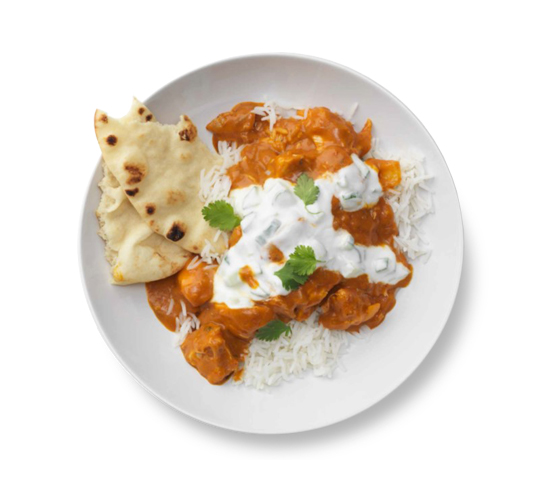 For those dire moments when only a curry fix will help you tackle your shopping list, there Ikea’s butter chicken. It’s made with organic chicken, sourced from Canadian farms, smothered in a mild, tomato-accented butter chicken gravy, and served with basmati rice, warm, soft naan bread and cooling yogurt. 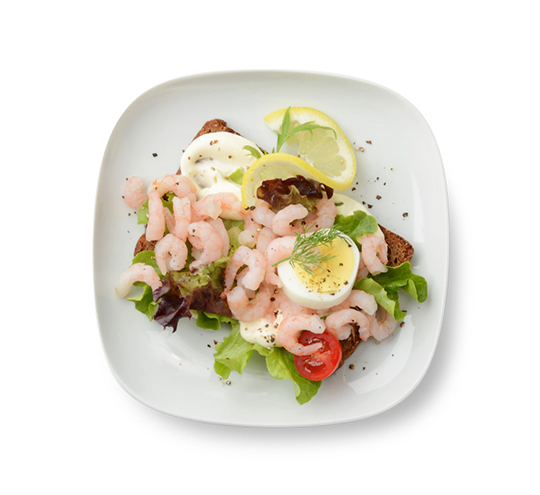 The lack of familiarity with smørrebrød in Canada makes this the Ikea dish most likely to scare off prospective diners. That said, it’s probably the menu’s most authentically Scandinavian option. In it, baby shrimp — wild-caught and certified as sustainable by the Marine Stewardship Council — mixed greens and a hard boiled egg are piled high on a slice of dense, mayo-slathered rye bread. Just don’t let the sandwich moniker fool you — this is strictly a knife-and-fork job.

More:
Sign up for our newsletters
Activated charcoal: This dark and moody food trend is popping up everywhere
The definitive top ten ranking of things to eat at Starbucks