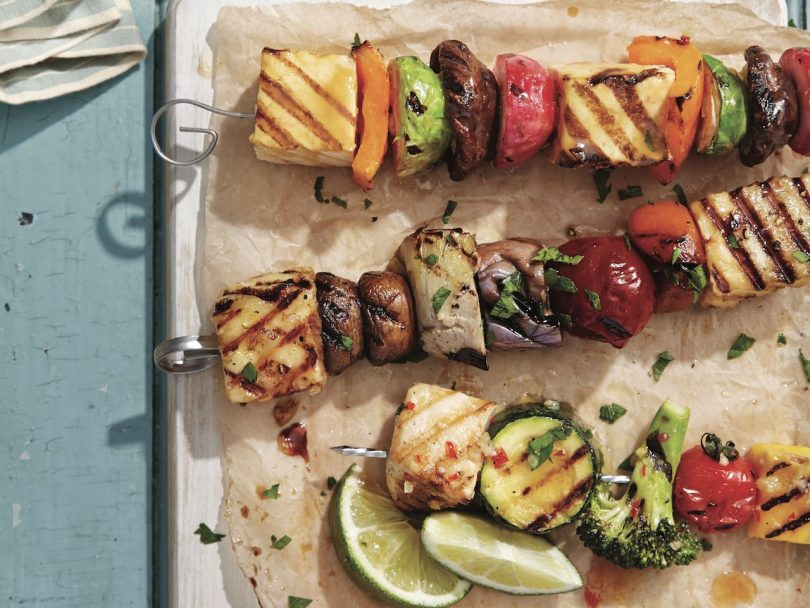 I stopped eating meat more than four years ago, which means some of my favourite dishes (like ribs and ham) are now off the table. While I absolutely love my plant-based diet, I still crave meat. To satisfy those cravings, I have to get creative with my ingredients. So lately I’ve been turning to liquid smoke.

What is liquid smoke?

Liquid smoke is literally smoke that has been condensed into a liquid form. As a result, you get this intense, all-natural smoky flavour without an open flame (or smoking something for hours on end). It’s more common than you think — some of your pantry staples, like barbecue sauce, probably contain it. It’s often found in many vegetarian or vegan meat alternatives, such as tempeh, tofu and mock meats, too. 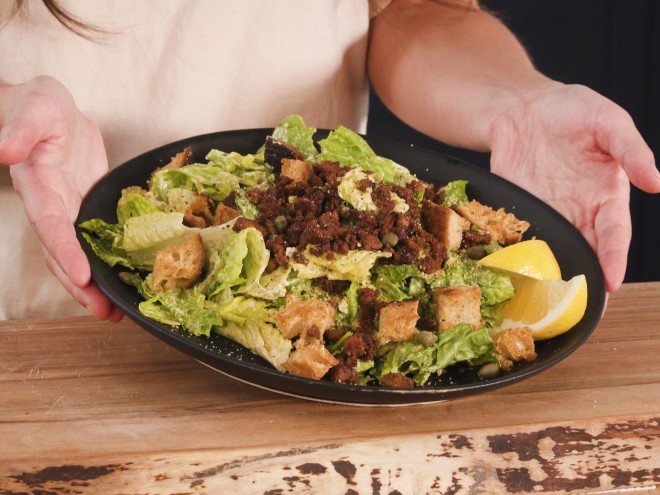 How To Make A Creamy, Smoky Caesar Salad — Without Any Meat Or Dairy

Where should I buy liquid smoke?

You can find it in the sauce aisle in most major grocery stores. For a pure, smoky flavour look for one with just two ingredients: water and smoke concentrate. However, I love Stubb’s Hickory Liquid Smoke — which contains tamari and vinegar — for a less concentrated flavour.

How to cook with liquid smoke

A little goes a long way — just a couple of drops will do for most recipes. And this ingredient isn’t just for vegans. Add some to your favourite soups, stews and slow-cooker dishes for extra oomph.

Liquid smoke has taken my vegan breakfast game to a whole new level. It’s a must for vegan bacon, which I then put in breakfast burritos, Caesar salad and sandwiches. I’ve even started using it for a surprise twist in my popcorn party mix, which contains a savoury blend of popcorn, pretzels, shreddies, vegan bacon bits and faux-cheese crackers.

Next time you’re looking to add barbecued-inspired charm to a dish, reach for the liquid smoke. You’ll have everyone guessing how you did it without fire.