Jamie's Italian restaurant to open this month in Canada

The chain's first North American location will open its doors in a Toronto shopping centre. Who said you can't get good food in a mall? 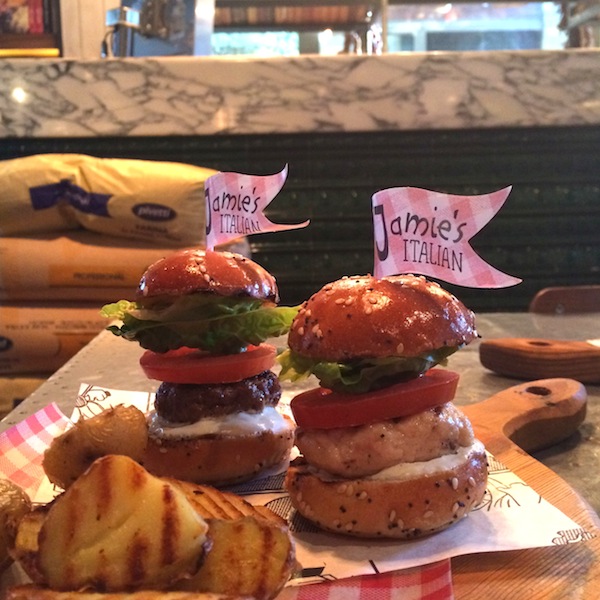 The first Canadian location of Jamie Oliver’s restaurant chain, Jamie’s Italian, is just about to open its doors in Toronto’s Yorkdale Shopping Centre. (Cue the cheers of hungry holiday shoppers.) With over 40 international locations, the Toronto restaurant is the first North American outpost; nine more are planned to open in Canada over the next five years.

“Jamie’s Italian is kind of like a culture, it’s a scene, a beautiful balance; something that’s really inclusive and democratic,” says Oliver. For his North American expansion, he partnered with Canadian restaurant group The King Street Food Company, a boutique Toronto outfit with their own successful portfolio of Italian restaurants, including Buca.

The large menu will include items such as made-to-order pizza, antipasti and a variety of homemade pastas (the prawn linguine is a bestseller worldwide). The interactive kids menu — showcased in old-fashioned viewfinders — includes dishes like Chicken Lollipops and Baby Free-range Beef Burgers, all served with a jar of Shake-me Salad, a hands-on motivator to involve kids with their meal.

Rob Gentile, the executive chef of King Street Food Company, will oversee the Canadian menus (no small task) for Jamie’s Italian. The pair first met in 2011 when Oliver dined at Buca, where Gentile was head chef. The two hit it off immediately. Oliver took to Twitter after his meal, calling the Italian-Canadian chef a “humble genius.” “With Buca, if you can’t source the best charcuterie and salumi, [the attitude is] well then, we’ll make it ourselves, and we’ll become the masters of that,” says Oliver of the restaurant.

That’s a philosophy the kitchens of Jamie’s Italian will share. Like other branches of the international chain, Gentile and co. know the origins of every ingredient going in and out of the restaurant. The pasta? Made in-house. The cheese? Imported from Ontario, Quebec and Italy. The seafood? Sustainably sourced. The produce? Non-GMO Ontario goods — and that’s just to start. As Jamie’s Italian expands across the country, that list will grow with more local partnerships.

Earlier this year, I met with Oliver and his partners in London to hear about how it all began and to get a taste of the UK menu at their Covent Garden restaurant. Launched in 2008 by Oliver and his mentor, celebrated Italian chef Genarro Contaldo, the restaurants vibrate with the chefs’ energy and enthusiasm. Each location is designed to have a unique presence while maintaining an open, casual ambiance, mixing rustic wood with industrial tables, shelves of cookbooks and working pasta-machines. In his mid-sixties, Contaldo is a constant, charismatic presence in many of the UK locations, working with chefs in the back of house, or teasing children and praising wait staff out front. And at the end of the day, he told me, “Jamie’s Italian is like a big family. That’s all it is.”

Will you see Jamie Oliver at his Canadian restaurants? He told me he’s in Canada about three times a year — so you might just get lucky. 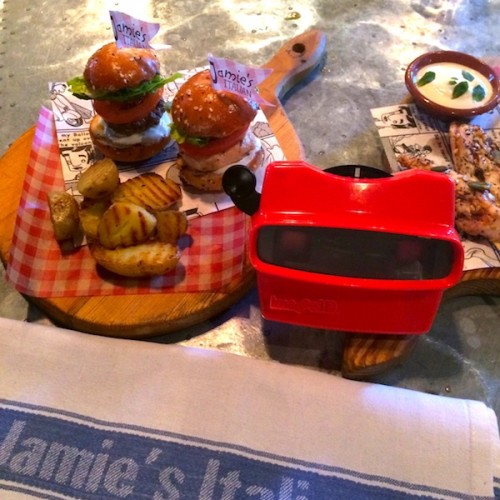 A kids' menu to remember

Recently re-written by Oliver, the award-winning kids menu is showcased in a bit of a retro fashion: ”We have some fun with the old viewfinders; they’re kind of more for the parents than the kids!” says Oliver.