Ooni promises easy-to-assemble and less expensive versions of the traditional brick-and-mortar wood-fired oven. We put its latest model to the test. 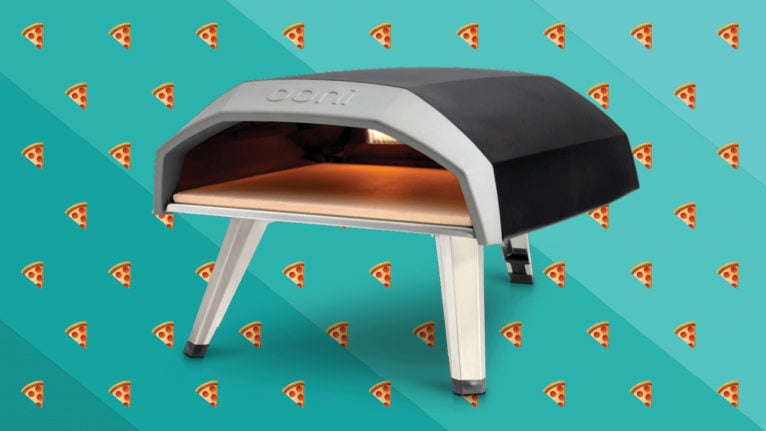 Two years ago, my father-in-law built a small pizza oven with leftover clay bricks, home-mixed cement, and one of those trolley carts primary school teachers used to use to wheel televisions into the classroom for movie time. Building well-made contraptions out of scraps is extremely his jam, so he took his time with it, tinkering with its design to make it the best wood-fired oven a few dozen dollars could buy. He added a chimney, a removable front door, and a thermometer gauge ripped off an old barbecue. As hodgepodge as this all might sound, he built a pretty good oven: it always reaches the necessary heat (upwards of 800F)  and has the rounded shape required to make a good Neapolitan-style pie. 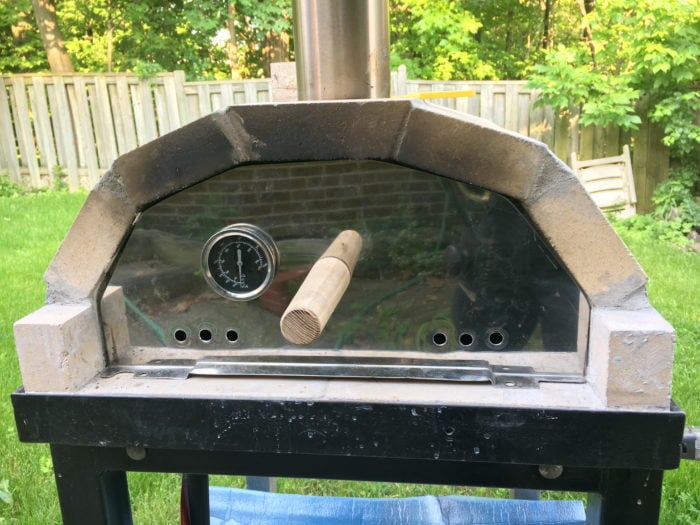 We ate so much pizza that summer. Fresh margheritas with blistered crusts, soft and elastic. Then winter came along, and the oven was rolled into the garage. A couple of weeks into Ontario’s COVID-19 lockdown I got the chance to see if Edinburgh-based home pizza oven manufacturer Ooni could deliver comparable results with its most recent release, the Koda: a compact, propane-powered oven that’s light enough and small enough to fit into a portable knapsack. While I felt lucky for the opportunity, I also knew anything I made with it would be compared to that little wood-fired trolley oven that so consistently delivered results.

Launched in 2012 through a Kickstarter campaign and under a different name, Ooni began by manufacturing what it called the world’s first portable wood-fired oven. It promised a quick heat-up, easy cleanup, and to cook Neapolitan-grade pizzas in 60 seconds or less. It’s released a few different models since then: wood-pellet-fire-powered, gas-powered, bigger and smaller sizes. At just over 9 kg, the Koda is the most compact version of them all. It’s also gas-powered, which eliminates the need to tend to the fire if you’re cooking multiple pizzas.

As for the experience: the oven arrived in a knee-high box with instructions, a cookbook, and a stubby aluminum pizza peel. Ooni kindly threw in an infrared thermometer and larger peel with a 12-inch handle, but those are sold separately, and I’ll tell you why that’s important in a minute. Setup-wise, the Koda is very straightforward: I lifted the oven out of the box, slid in the stone base it comes with, screwed on the propane attachment tookk a BBQ tank and flipped out its three stand legs. In less than ten minutes, with no tools required, it was sitting on a table in my balcony. It even looked kind of nice just sitting there, taking up half the space a BBQ would have.

I started making pizzas with it the next day. After putting together a simple pizza dough and sauce, I fired up the Koda by using the dial at the back of the oven and set to rolling out and dressing the pizzas while waiting for the oven to heat up. The first couple of uses, the infrared thermometer, which reads temperatures with a laser, proved useful: having never used this oven before, I didn’t have much reference for gauging its temperature and knowing when it hit the required 800F. But I don’t think it’s a necessary tool. Every time, after about 20 minutes, the oven was hot enough. So now, I just go by time.

As for that pizza peel. If you’re making multiple 12-inch pizzas at the same time, this is just a good idea to have an extra one regardless to speed up the process by having pizza dressed ready to go just as the other is finished, but it’s especially true for Ooni since the one they include doesn’t have a handle. Using it required me to nearly stick my hand in the oven just to shove the pizza in there. It also wasn’t very useful for turning the pizza around in the oven; only the extra peel with a handle was able to do both.

That hiccup aside, everything else about using this oven was surprisingly easy—and also easy to troubleshoot if I made a mistake on my end. When the pizza wouldn’t slide easily enough into the oven, I just dusted the peel with extra cornmeal. When one side ended up more charred than the other, I made sure to rotate the pizza every 20 seconds or so using the handled peel. (Though it definitely took them slightly longer than 60 seconds to cook thoroughly.)

I can, in all honesty, say the results were consistently as good as my in-law’s brick oven, with the added benefit that it was a third of the size and didn’t require constant tending to the burning wood. The one drawback—and this will vary in importance depending on your preference—is that a propane-powered oven can’t lend that wood-fired flavour to what it cooks.

At 13 inches in width, the Koda easily accommodates a standard cast iron pan. So after about a month of pizza, I wanted to test out what else it could do. Naan, blistered eggplant and even seared steak: Anything that doesn’t build up too tall in the pan can be cooked in this oven, making it more versatile than the pizza machine I originally thought it to be.

Do I think the Koda is worth it? At a price range of $469 to $699 CAD, it’s definitely not cheap, though that depends on what you’re comparing the price to. Yes, it’s possible to get a great BBQ for less than that, and yes, we’re a fan of grilling pizzas. But a good pizza oven’s ability to quickly achieve that high level of heat means being able to do a bunch of things a BBQ simply can’t do as well. Compared to most pizza ovens of its size and type, it’s also about in line with what’s already out there, and far less expensive (not to mention time-consuming) than the brick pizza oven you can build from a kit.

There also aren’t many BBQs (or pizza ovens, for that matter) that can promise this level of performance at such a compact and portable size. And, with a flip of three table legs, a smaller propane tank and a well-sized duffle bag, the Koda can travel. But since we’re not doing much (or any) of that these days, I’m happy to enjoy my margheritas at home.