For a chef, smell is the second-most important sense. Losing mine led to loneliness and burned muffins, but I’m trying to get it back. 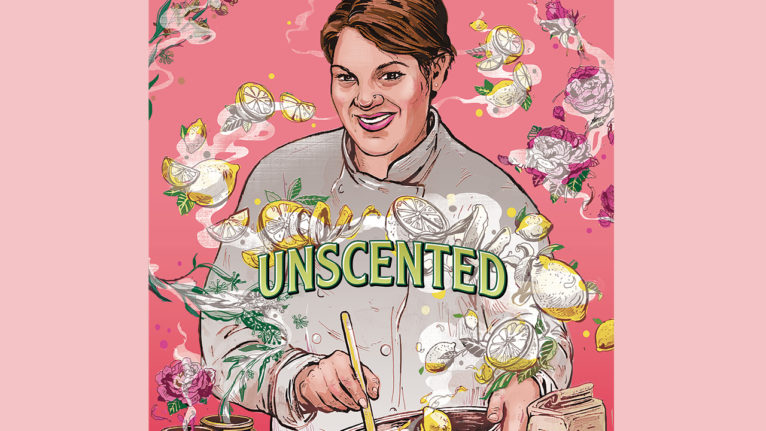 My family is spread around the world, but last winter we met up in the coastal city of Split, Croatia, for the holidays. It’s a lovely place with tiny laneways filled with shops, cafés and restaurants. Every time we turned a corner, my brother and his girlfriend would exclaim about the scent of baking pastry, or my mother would follow her nose to a cart of roasting chestnuts. I couldn’t smell any of it, and I was jealous.

About six years ago, I lost my sense of smell—which is especially devastating for a chef. For most of that time, I was horribly congested and no medication brought relief. So, just over a year ago, I had surgery to rid my sinuses of polyps and to realign my deviated septum. That greatly improved my breathing and offered a chance that my smell might be restored. But on the trip, I realized how much I was missing. My lost sense was preventing me from fully experiencing an exciting new place. When I got home, I decided that I had to at least try to get it back.

The scientific term for being unable to smell is anosmia. And a lifetime of experience has taught me that smell and memory are deeply connected, although until recently I didn’t know why.

It turns out that it’s about proximity: According to the Harvard Gazette, the olfactory bulb that handles smell is directly connected to the limbic system, which manages memory and emotion. That’s why the smell of chilies blistering in ghee has always brought me back to childhood, while a whiff of cheap tequila still invokes one particularly horrendous student hangover.

In Croatia, I began to worry that anosmia would leave me with fewer vivid memories of these no-smelling years. Having heard that there was such a thing as “smell training,” I did some research and found AbScent, an organization raising awareness about smell loss. Its website describes anosmia as “an invisible disability that can leave people feeling lonely and isolated.” I had never heard my experience articulated like that before, and the truth of it hit me right in the gut. I was very lonely: For years, losing my sense of smell had been my dirty little secret.

Smell is crucial to cooking good food, and as a chef I’ve learned that we experience food through our eyes and noses long before our mouths. I was sure that people would lose trust in my abilities. It felt like my reputation was on the line, so I didn’t tell anyone. Thankfully, my sense of taste wasn’t impacted too severely, and my intuition really kicked in. My process didn’t change much, but internally, I was constantly pushing through my worry, reminding myself to trust my skills.

The folks at AbScent have developed a smell-training curriculum, and I was eager to jump in. The idea is that the line of communication between the nose and the brain needs to be rebuilt, and like any other skill, smelling gets better with practice. And so I bought a training kit with four glass jars, each holding drops of essential oil with a distinct scent: eucalyptus, clove, lemon and rose. Twice a day, I smell each jar for 20 seconds. During that time, my job is to sit in whatever memory I have of that scent. My only eucalyptus memory is from steam rooms, so that’s where I take myself—to the spa, imagining the humid heat and a cool tile bench beneath me, as the sound of steam bursts from a nozzle.

I started smell training last January, shortly after the Croatia trip, and decided to post about it on social media. It felt risky, but I was excited and frankly too tired to keep my secret anymore.

I had already found an awesome community online, people with issues ranging from polyps like mine to more serious head trauma. All of them were trying to revive their sense of smell, and when I decided to join them, I also decided to start talking about my loss. The response was an immediate outpouring of support, sympathy and shared experience. Many people knew someone who couldn’t smell but still cooked delicious food. My secret turned out not to be so dirty after all.

At first, I was quite taken aback, wondering if I had exaggerated things. I realized that, in the interest of keeping my secret, I hadn’t really allowed myself to absorb the effects of anosmia. The truth is, it has been pretty rough.

I had spent almost six years feeling isolated, without connecting that feeling to being unable to smell. Learning that this was a problem for other people was a huge relief. That said, there was a bit of weirdness in sharing: Soon after I revealed my anosmia, it was identified as a symptom of COVID-19. Suddenly, losing the ability to smell was a topic of conversation all over the world.

The folks at AbScent said not to expect results for at least four months, so I spent weeks and weeks opening jars, sniffing intently, not smelling anything and moving on. Then, shortly after I went public with my condition, I walked into my bathroom and instantly thought about the smell of my shampoo. Then I stopped.

Another morning, I woke up and could suddenly smell the fabric softener in my sheets. It was initially quite stunning and a bit overwhelming. I found myself stopping, trying to place an unfamiliar feeling, then realizing that I was smelling things. Not everything and not all the time, but I was smelling.

But smells weren’t exactly how I remembered them to be. Take my jars: I smelled the green of the eucalyptus, the wood of the clove, the sourness of the lemon and the dustiness of the rose. The scents were distorted, though. There were no bright notes and no sweetness. I smelled cookies baking, and noted that I didn’t have a positive or negative feeling connected to that classic, evocative scent. I could simply tell that they were done.

All of this was very exciting but also quite destabilizing. Many times, I’d have the sensation of smelling something but be unable to pinpoint it, as though my brain was endlessly rolling through all of the possibilities. Ironically, I occasionally wished that I could turn the smell off for a moment, just to have a break. And sadly, my smell would retreat, then come back, then retreat again. It’s still intermittent. I first realized that it had left again when I burned a batch of muffins. I didn’t smell them at all, even though smoke was billowing out of the oven.

Of course, my semi-returned sense has had an impact on my sense of taste. I made one lemon curd that tasted exceptional and wondered how I’d created a magical batch from a recipe I’ve used for more than 10 years. Then I realized that I had forgotten the full taste of lemons and the buttery, tart sweetness of a curd. That hit me hard—forgotten the taste of something? For a flavour-chasing glutton like me, it felt completely disastrous. After more tasting and considering, I realized that I had only retained a portion of many flavours, not their fullest depth. I hadn’t exactly forgotten certain tastes, but my memory was incomplete.

I’m hopeful that my smell will return permanently. I’m excited to start rebuilding my memory of favourite flavours, like peaches and chicken curry. Until then, I keep sniffing my jars, hoping to catch another whiff of rose, lemon, eucalyptus or clove.