Hot Pocket: This East-End Toronto Neighbourhood Is Suddenly ‘Killing it' As A Food Destination

The chef and restaurateur tells us where to eat, drink and buy cheese on Toronto's east side. 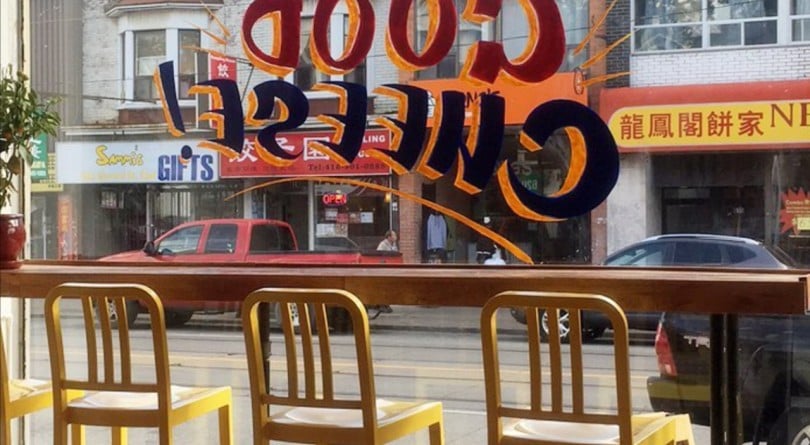 Gerrard Street East might not be the most famous thoroughfare in Toronto, but it’s certainly becoming one of the most exciting, especially for food lovers.

Chef and restaurateur Suzanne Barr is about to open her second restaurant, Kid Chocolate, along a stretch of Gerrard east of Broadview, between East Chinatown and Little India.

“The east end is a thriving pocket,” says Barr of the area now. “It reminds me so much of Williamsburg, Bed-Stuy, Crown Heights, all these [formerly up-and-coming] neighbourhoods in New York that I had the opportunity to be a part of.”

Barr ran Saturday Dinette, a popular restaurant at the corner of Gerrard and Logan, which closed this July and she’s just wrapping up her role as the chef-in-residence at the Gladstone Hotel on Toronto’s west side. Now, with Kid Chocolate on the way, she’s once again focusing on the east end of the city. While her latest restaurant won’t open for a few months, plenty of other new eateries — and years-old mainstays — make the area a dining destination. “I think Gerrard is just killing it right now,” says Barr.

Below she shares some of her local haunts, as well as the restaurants and stores that are drawing folks east of the Don Valley.

Our Ecuador 75% is now pouring as our rich & delicious chocolate shot, which also serves as the base of our hot chocolate and mocha.

Head to this pint-size chocolate factory and coffee shop and take a peek at the multi-step process that goes into making a chocolate bar. From roasting to refining, everything is done on site. Soul Chocolate uses ethically sourced beans in all of its single origin (the beans in each confection all come from the same place) bars. Naturally, this place serves a mean hot chocolate, as well as chocolate shots (espresso cups filled with melted chocolate).

We're ready for you #Riverdale! Check out this fridge! It's fully stocked for your sexy weekend parties🎉 . Come by today between 11 & 7 and try some Good Cheese🧀

A relative newcomer to the area, this shop is a welcome addition (and not only because it sells cheese). It’s also a snack bar — think cheese plates, pretzels and charcuterie — with a stellar wine and beer list. (Barr heads here for date night.) Since it closes early, Farside down the street should keep night owls going with cocktails until the wee hours of the morning.

This bakery might not look like much from the outside, but don’t let that deter you from walking in. It serves up a slew of made-in-house treats, including a massive butter tart that might just change your life (nothing at this bakery goes light on butter).

Barr heads to this Vietnamese restaurant for family-style meals. She says it’s great for these because some tables come equipped with a Lazy Susan, making it easy to share various dishes (and try lots of different food) and steaming bowls of fragrant pho.

First time having Egyptian food. It was amazing.🤤 #LemoNoms

Take a stroll just north of Gerrard on Greenwood to find this popular Egyptian brunch spot. “It’s hands down one of my favourite places to go to in the city for brunch,” says Barr. “It’s a family establishment. They are killing it over there and I’m so excited for them.”

Because its food is so beautifully presented (and super tasty), this spot is extremely Instagrammable — and it usually has a huge line, so be prepared to wait if you decide to visit.

This is a test of the emergency patty smash system. There is nothing wrong with your appetite. Please standby. #2017 #rocknroll #dive #diner #oldschool #smash #food #burger #burgerporn #ew #forgiveness #wejustgettinstarted #excited #openingday #soon

The folks behind the nearby Pinkerton’s Snack Bar opened another spot in the neighbourhood. This one features crave-worthy dishes, such as burgers and fries and fried chicken sandwiches. Grab a full meal, or stop by for some craft beer or cocktail and a snack.

Chula opened this past summer, giving those on the east side the perfect opportunity to enjoy its multiple patios and three tequila bars. Of course, this place is open all year long. Best of all, it has a brunch menu, meaning you can indulge any time of day.

If you’re in the neighbourhood, you might as well grab a scoop (or three) of ice cream. Wong’s makes all of its treats in-house and features a unique array of flavours, including black sesame with salted duck egg, Hong Kong milk tea, ube and coconut mango sticky rice.

Suzanne Barr was a panelist at Chatelaine: The Big Dish event in Toronto on October 29. Click here for more interviews and stories from the women who took part.