The Next Wine Trend You Need To Know About 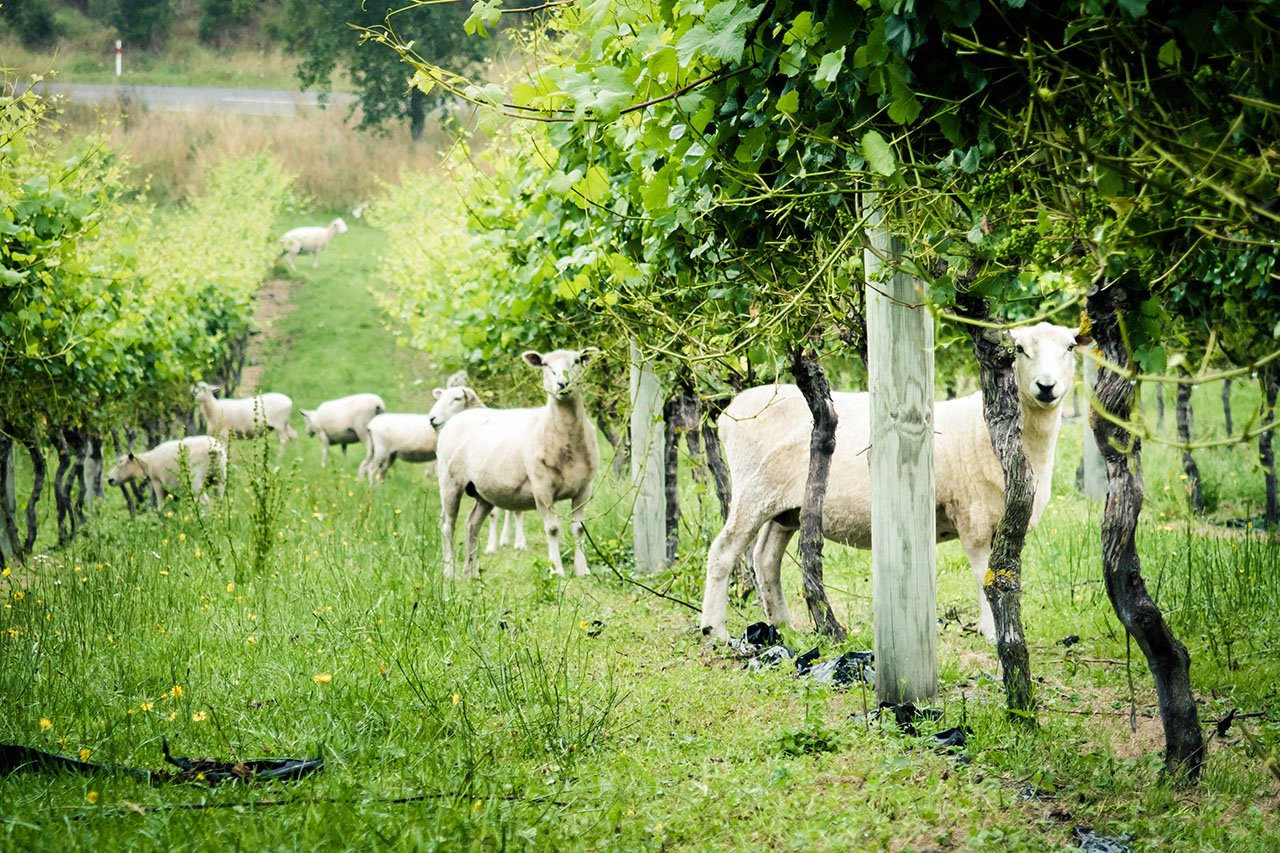 All things being equal, almost everybody would drink “natural wine,” right? ‘Cause what’s the alternative—artificial wine?

Well, not exactly. Like many things in life, it’s not a simple binary. “Natural wine” is actually a very loose term for a range of approaches to wine-making at all stages—grapes, growing techniques, fermentation and finishing. All of these stages require some human intervention, since the wine isn’t going to make itself, but “natural” winemakers tend to try to step in as little as possible, allowing grapes to more or less do their own thing on the way to becoming wine. (Some who find the term “natural” too vague use “low-intervention” instead or as well.)

Once upon a time it seemed like there were only two white wines and three reds available in Canada. Now, the casual wine drinker might be confused by a constant stream of seemingly new grape varietals—blaufränkisch, furmint, marmajuelo, what? The move towards both less intervention and less-common grapes represent a move away from the monoculture that led to the ubiquitous (and admittedly delicious) chardonnay of the 1980s and 1990s.

A post shared by Southbrook Organic Vineyards (@southbrookvineyards) on Aug 2, 2019 at 8:25am PDT

Considering world history, it’s unsurprising that a handful of popular European—mainly French—grape varieties colonized the vineyards of the world, pushing out indigenous grapes.

The problem is that European grapes aren’t a good fit for every type of soil and climate on Earth. To make up for the mismatch, many require excessive irrigation, pesticide or herbicide use to grow. As winemakers embrace organic practices and try to reduce the use of pesticides, people are looking to the past for answers and rediscovering the grapes that were meant to grow in these regions in the first place.

Searching further for more sustainable practices, many low-interventionist wine growers have revived endangered indigenous grape varieties, which are more likely to thrive. Examples include maturano in Italy, prunelart in France and limniona in Greece. We don’t have as many of these in Canada as other regions since our labrusca wild grapes are considered too musty for wine, but baco noir, vidal and chambourcin are all hybrids of European and indigenous grapes—a compromise.

Although hardy vidal grapes are largely destined to be turned into ice wine, Southbrook vineyards in Ontario’s Niagara region released a skin-contact “orange wine” made from vidal that was funky, flat and herbal—almost like a tea. Ann Sperling, the winemaker behind the project said it’s what vidal wants to be.

Now offering five Roses in the wineshop all summer or while they last! And we released a library wine to round out the set #nswine #roseallday🍾 #certifiedorganic

Organic and biodynamic—what’s the difference?

Although we hear less about industrial agriculture in the wine world than we might when discussing meat or grains, similar problems exist. Large grape-growing operations focus on yield, which often requires heavy pesticide use and synthetic fertilizer.

Certified organic growers either prohibit or, in some cases, severely limit their use of pesticides, herbicides or synthetic fertilizers. And biodynamic producers take it a step further, viewing any patch of soil, no matter how small, as an ecosystem. A concrete example of a biodynamic system would be letting animals pasture in between grapevines, agitating the dirt and pooping in the ground, which helps bring tired and depleted soil back to life.

There are undoubtedly positive outcomes from this biodynamic practice—including the fact that this kind of farming can theoretically offset carbon emissions because it sequesters carbon in the soil—but it’s still controversial for several other reasons. It’s not evidence-based and there’s no proof that many of the steps make any real difference to the quality of the wine.

However, if you’re curious, there are several of these biodynamic set-ups in Canada, including the acclaimed Summerhill Pyramid in the Okanagan Valley, which is both organic and biodynamic and makes delicious grüner veltliner and riesling. To sample organic wines, L’Acadie in Nova Scotia was the province’s first organic winery.

Many wine merchants and wine bars that trade in “natural” wine carry organic and biodynamic wines, but there’s plenty of natural wine that doesn’t have a stamp from any regulatory body, since it is expensive, especially for small producers, to get official status as an organic or biodynamic wine. That doesn’t mean it’s not just as diligent about limited pesticides and low intervention, however.

Flavours of lemon, apple and spicy oak refresh with each glass of our medium-bodied Wild Ferment Chardonnay. As one of our most awarded wines, this Chardonnay showcases the very best of Niagara-on-the-Lake. Purchase a bottle from the winery and online through the link in our bio. #TriusWines

You know how some brands of wine taste fairly similar year after year? A lot of that is because of the yeast used during the fermentation stage, which not only turns sugar into alcohol, but also drives the flavour profile and aroma. There’s a whole industry of commercial wine yeast concocted and sold to enhance certain flavours (like, say, that strong cantaloupe note on a Sauvignon Blanc). Many large producers rely on commercial yeast to ensure that their wine tastes reliably the same, vintage after vintage.

Natural winemakers, on the other hand, generally let the wild yeasts in the air and on the skins of the fruit do what they want. This is called “wild fermentation” and it’s a risky strategy, since the winemaker is relinquishing control over one of the most important steps in shaping flavour. That’s a big reason why natural wine is different—and sometimes inconsistent—from batch to batch. The payoff is that it’s more likely to taste like the grape, the soil and be affected by the specific weather that summer, as opposed to flavours engineered by yeast. A great example of this is Wild Ferment Chardonnay from Trius in Niagara, which is creamy, with a hint of sour. Some red and rosé wines made with wild yeast are even more tart and funky but, if all you can taste is barnyard, the yeast has gone too far—that’s called a flawed wine.

Other flavours to look for?

Yeast isn’t the only way to manipulate a wine’s flavour. Winemakers also use acids, filtration methods and additives to make the wine taste the way they want it to year after year. Fining, which, is the process of filtering out sediment with egg whites, for example, isn’t typically used in natural winemaking, since it’s criticized for filtering out the “life” of the wine. And that’s why you’ll see a lot more sediment in natural wine.

One that’s hotly debated is ageing in oak barrels. That heavy, vanilla-rich chardonnay of the 80s, for example, was criticized as being so shaped by its barrels that it ceased to represent the grape or terroir. The past 10 years has seen a backlash against that trend, with natural winemakers leading the pack in crafting lighter, fresher-tasting, grape-driven wines with little or no time spent in the barrel. One increasingly popular way to age wine is amphorae—clay pots, which is actually the way the world’s oldest wines were aged. Laughing Stock Vineyards in British Columbia’s Naramata Bench has several wines aged in clay, including its Amphora Syrah.

Although a lot of natural wine is sparkly, it doesn’t get its bubbles the same way a lot of other wines do. Champagne, for example, is the result of a second fermentation in the bottle—a painstaking and highly controlled process that involves fiddling with the bottles every day for weeks. Natural wine’s answer to that is “pet-nat” (pétillant-naturel, which means “naturally sparkling”), which is made by letting the initial fermentation happen in the bottle—a far riskier prospect that doesn’t always work out. When it does, though (which is more often than not) it’s light, fizzy, (though usually not as fizzy as sparkling wine) slightly sour and exactly what you want to drink at a summer garden party. Niagara region’s Leaning Post’s pet-nat is a good introduction to the style.

Piquette, or “little wine” is traditionally made for the vineyard workers. Refreshing and light in alcohol (5.5%) this wine is made from the second pressing of the grapes with the addition of a water. An ancient wine style that dates back to Roman times. Because our wine production is focused on the production of ultra premium table wine, we press our fruit very gently. Typically small wineries get around 625 L/tonne of juice from white grapes, but we average around 510 L/tonne. This means we have very wet skins left with a lot of valuable juice. Piquette makes sense for us, because the quality and quantity of juice available to use as a base is exceptional. When we begin making the piquette, we add a fraction of the juice yield to the skins and allow to macerate and ferment for up to two weeks. We then press and settle the wine and bottle shortly after. Our Piquette is named for our daughter Audrey Ophelia, who, like the wine, is bubbly and always brings a smile to the room.

Most natural wines are lower in alcohol than conventional wines, largely due to the use of wild yeasts, which aren’t usually as efficient or aggressive at turning all the sugar into alcohol as commercial yeasts that are specifically designed for that job. Natural wine’s typically low-alcohol levels are a major selling point for the many of us who love to drink wine with friends for hours and don’t like feeling sloshed after a couple of glasses. That demand sparked the revival of “piquette,” a super low-alcohol “wine,” (ranging between four and ten percent) made from leftover grape skins, stems and seeds. Sounds bizarre, but this zero-waste, lightly fizzy wine-like drink can be delicious and the perfect solution as to what to drink when you want a refreshing change of pace.

Case in point: Traynor Family Vineyard’s Ophelia Piquette. Before I was finished the second glass I had already gone shopping online to order a case. True story. It’s now the official drink of summer in my backyard.