Champagne tastes on a beer budget. 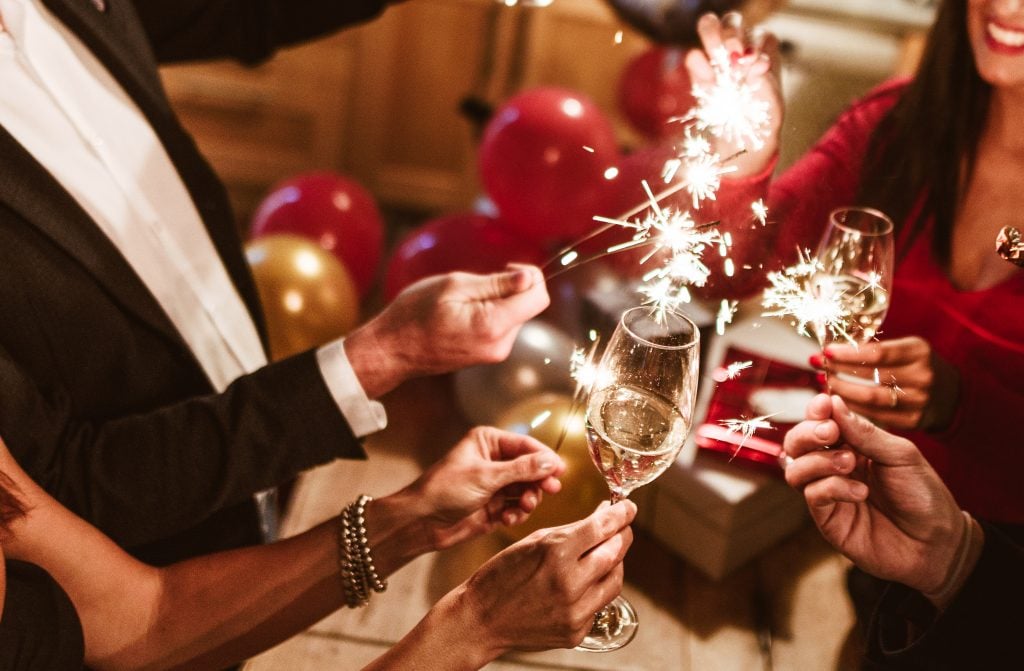 Sick of Champagne? Probably not. After all, the wines from that region are renowned for a reason—they’re delicious. But there’s a whole world of brilliant fizz out there to discover, much of it just as tasty as the fancy stuff and easily less than half the price.

Just in time for the sparkling holiday season, here are 10 excellent bottles of bubbly—half of them local—all under $30.

Although Canada’s sparkling wines got off to a rough start with super-sweet Baby Duck, our cool climate is actually ideal for making sparkling wine.

One of Niagara’s best hidden gem wineries, 13th Street, makes a brilliant traditional method Cuvée Brut Rosé ($29.95; LCBO 147504), a bright and fresh wine that tastes like berries and lightly buttered toast. Best of all, it’s pink. And exactly what you want to drink at every holiday party this season.

Tip: “Traditional method” means the bubbles come from a second fermentation in the bottle itself, as opposed to wine fermented in stainless steel tanks (often called “Charmat method”). Given a choice, I almost always opt for the traditional.

Tawse Winery is famous for its old-world mindset when working with new world grapes, largely because it’s yielded some terrific results—including its bubbly. Tawse Spark Brut Sparkling ($25.95; LCBO 384966), a traditional method blend of three grapes, is off-dry and citrusy, born to be paired with Asian food (specifically, we recently had it with Thai). Its Limestone Ridge Organic Sparkling Riesling ($20.95; LCBO 370361) tastes like a juicy and lightly sweet version of apple tart—perfect to serve with an Ontario cheese board.

British Columbia’s wine producers were early out of the gate in realizing the potential for great Canadian bubbles, including the pioneering Sumac Ridge from the Okanagan Valley, which launched Steller’s Jay back in the late 1980s. Its 2015 Steller’s Jay Mountain Jay Brut ($22.99; BC Liquor 264879) is unbelievably complex and full of character—a rich wine with a full-on peaches and cream profile and a subtle hit of dry bitterness to keep it real.

There’s a lot of value in Spanish wine, especially its cava, a lot of which is traditional method sparkling wine. An outstanding example of this is Parés Baltà Brut Cava ($16.95; SAQ 10896365; $17.95; LCBO 650648; $19.99; NSLC 1005120), a biodynamic, an alternative form of “holistic” agriculture that treats the land as a larger system, and organic fizz made by two women who run their husbands’ storied family winery in Penedès, not far from Barcelona, that has developed a pretty serious cult following. Food friendly, super drinkable, and highly affordable, this wine also has a delicious rosé version available in some markets.

In France, sparkling wine from outside the Champagne region (often labeled crémant) is a bit of a tough sell. That’s great news for Canadians, since that means all the more for us, including this beauty from the south of France, Grande Cuvée 1531 de Aimery Crémant de Limoux ($19.00; LCBO 428086), a rich and buttery wine with a little crisp apple flavour.

Crémant can come from all over France but, coincidentally, our next two picks, starting with Antech Expression Brut Crémant de Limoux ($19.20; SAQ 10666084; $19.95; LCBO 68239), are also made in Loire. Made by Francoise Antech, who helms the family winery, this bubbly is soft and gentle, with a restrained acidity and a hint of pear.

If you’re looking for something to stand in for champagne at a party, look no further than Chateau de Montgueret Crémant de Loire Brut ($19.95; LCBO 217760), a bright, dry wine with robust bubbles. In Québec, at the SAQ, they don’t carry this in white, but have a delicious pink version instead.

Not all Italian fizz is prosecco. And not all prosecco is created equal, since few are made according the “traditional method” and, in addition, many are on the sweet side. If you prefer something on the dry side, it’s always worth splashing out a little extra for a sparkling wine from Valdobbiadene, such as this Santa Margherita Brut Valdobbiadene Prosecco Superiore ($22.99; BC 174827; $18.85; SAQ 12509154; $19.95; LCBO 687582; $22.99 NSLC 1013875), which is made with more exacting standards and according to tighter regulations than other prosecco producing regions. And the proof is in the pudding: This is one of the finest proseccos we’ve ever had. Comes in pink, too!