Ixta Belfrage’s proves that the culinary world’s f-word—fusion— is not just possible but also an exciting way to cook. 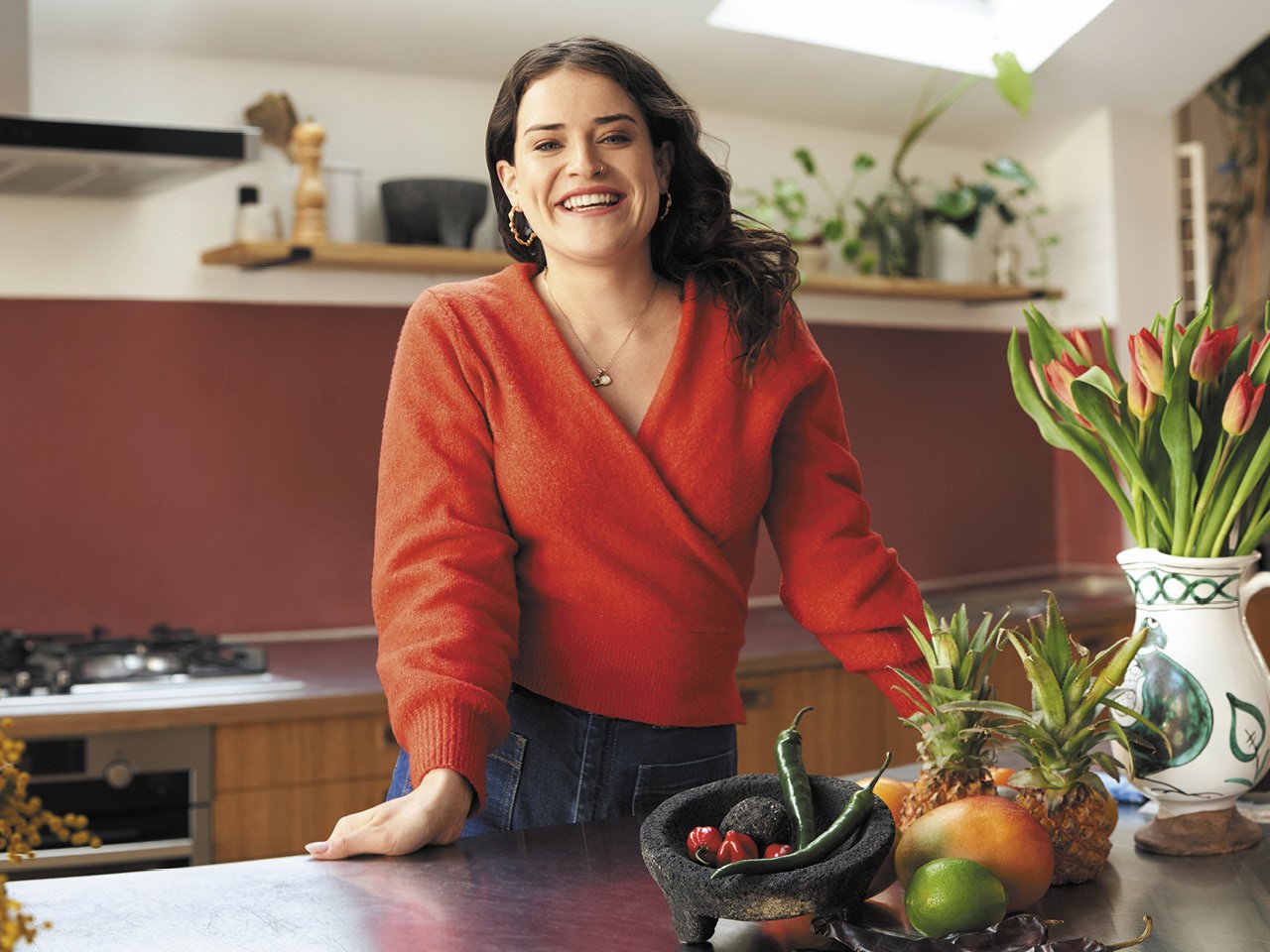 In the fall of 2020, I found myself returning again and again to a couple of dishes in Flavor, a new-at-the-time Yotam Ottolenghi cookbook that focused on plant-based cooking. There was a deliriously good recipe for a mushroom-lentil ragù that employed dried mushrooms for salty meatiness and coconut cream for fat, and a fresh corn polenta swirled with soy-cured egg yolks for an extra hit of creaminess and umami. Even in a book headlined by a bestselling cookbook author with a distinctive style, these dishes had an identity unto themselves: They featured cross-cultural uses of ingredients that prompted me to rethink how flavours in traditional dishes can be swapped or replicated in new ways.

The recipes weren’t created by Ottolenghi, but by Ixta Belfrage, a London-based test kitchen collaborator who had co-written the book. When I spoke to her about it at the time, she described fusion, a much-maligned culinary term, as a driving force behind her recipe writing. “Over the last couple of decades, fusion’s gotten this connotation as sort of confused and all over the place, [with] too many flavours that don’t make sense together,” she said. “It’s gotten a bad rap.” 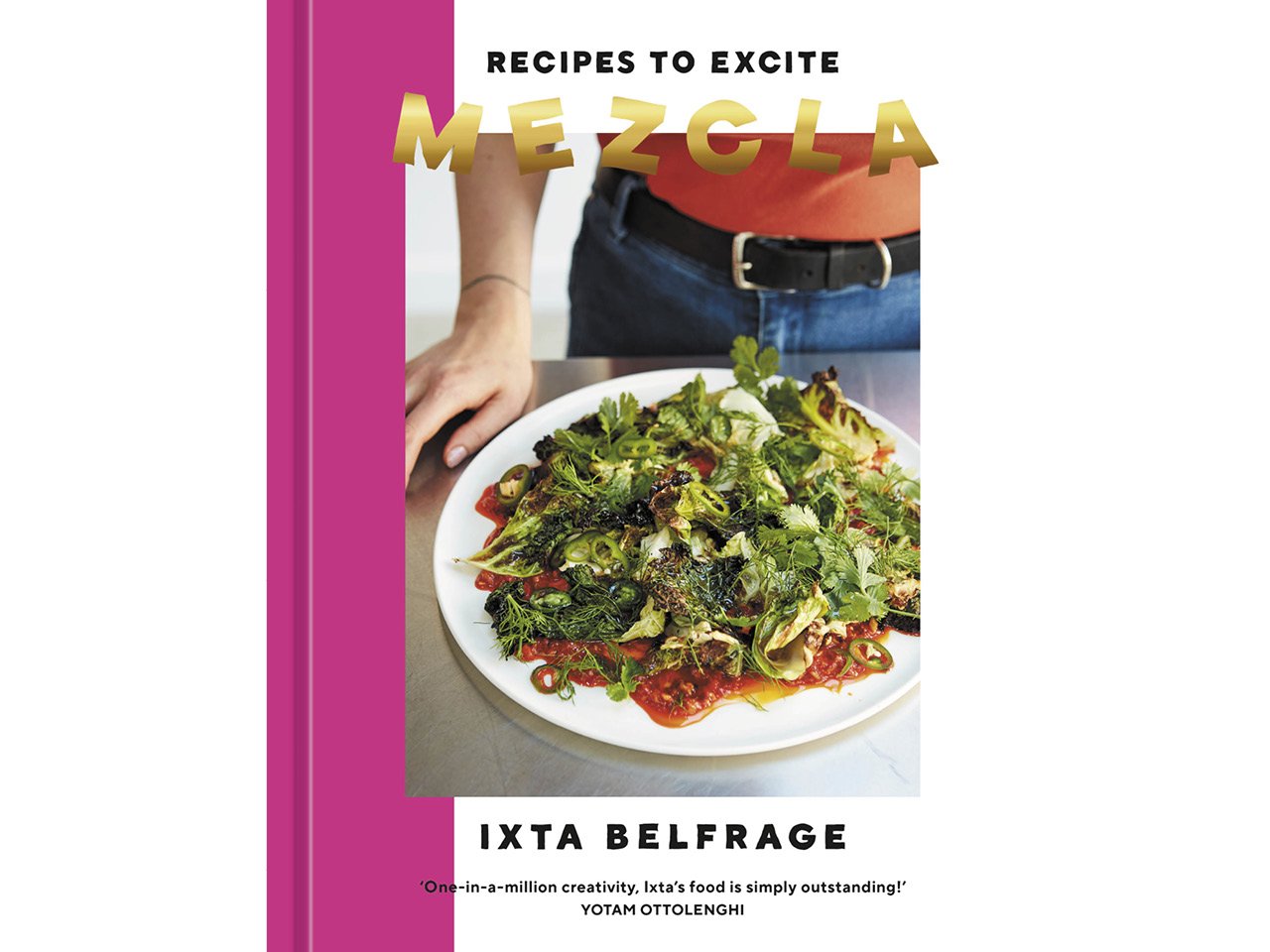 Belfrage has since started a solo career with her own book, Mezcla, out this month. Titled after the Spanish word for mixture, this aptly named recipe collection exemplifies the spirit of fusion done well. It’s a mix of influences, celebrating every ingredient, citing cultural references and considering the flavours each component brings to the table. This is true of the dishes themselves—which pull from Belfrage’s Brazilian heritage, her family roots in Mexico and a childhood spent in Italy—and the book’s overall ethos, which explains ingredient origins, reasonings for new uses and, at times, their geopolitical histories. Red palm oil, born in West Africa and introduced to Brazilian and Caribbean cooking via the transatlantic slave trade, gets star treatment in Mezcla. So do chilies, peppers and tomatoes, all foods indigenous to the Americas that have since become foundational in many global cuisines. Thanks to those ingredients alone, there is a lot of stunningly red food in this book: yucca fries with lashings of spicy chili butter, roasted peppers with crispy fried ginger sauce, buttery tomato-poached fish and more. Belfrage’s skillet chicken, pineapple and ’nduja dish, though, is a standout. It takes the nostalgic combination of pork and pineapple and dresses it up in sunny tangerine and smoky paprika for a weeknight-friendly recipe. While pouring a finishing touch of cream overtop when I made it, I marvelled at its scarlet hue, which was comforting and vibrant at the same time. 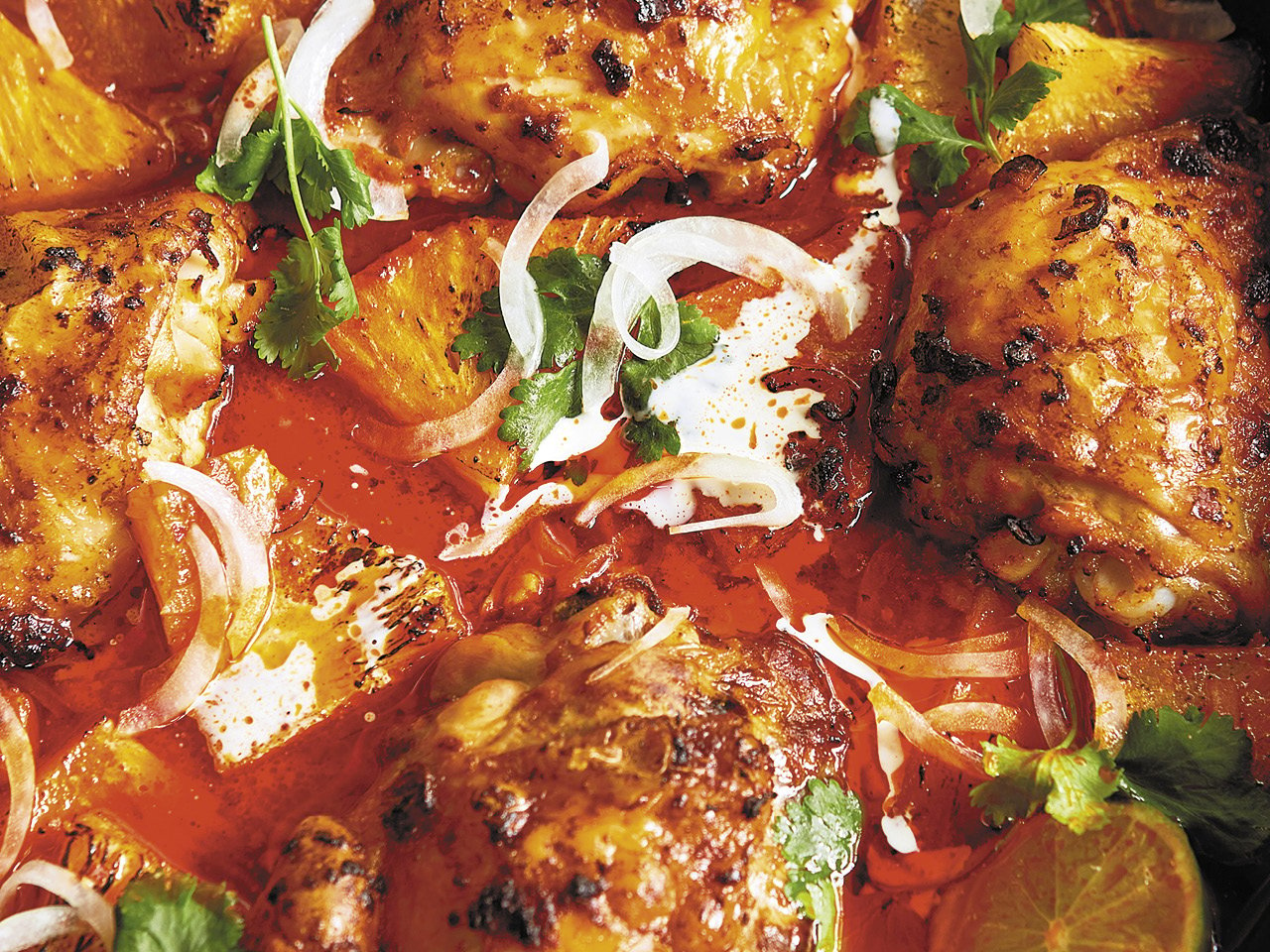 “I love the combination of sweet and savoury, and there is no greater union than that of pork and pineapple. The pork here comes in the form of ’nduja, a spreadable chili-spiked sausage from Calabria. Add chicken, pineapple, chipotle and tangerine to the mix and you’ve got yourself a party.” Get Ixta Belfrage’s Skillet Chicken With Pineapple And ’Nduja recipe.