The Top Chef Canada finalist and restaurateur gives us her insider tips.

A trip to the butcher is usually an expensive affair, especially if you’re looking to buy local, humanely raised meat. But it doesn’t have to be. 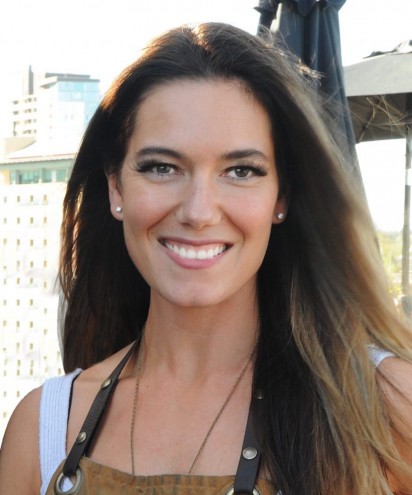 Chef Connie DeSousa, who co-own Calgary’s Charcut Roast House and Charbar, is known for featuring prime cuts of meat at her two restaurants. But the Top Chef Canada finalist is also a fan of lesser-known cuts that are usually more affordable than their popular counterparts.

“I really love what we call butcher cuts, which are basically secret meat cuts the butcher used to take home to their families because they’re the most flavourful,” says DeSousa. These so-called butcher cuts are easy to access; you just need to know what to ask for when your number comes up at the meat counter.

If you’re after something tender, sort of like a filet mignon, you might want to try the cheaper alternative to this costly cut: the petite tender. It comes from the top section of a cow’s shoulder. The petite tender is full of flavour and you can cut it into medallions and serve it with classic sides, such as garlic mashed potatoes.

Skirt steak, from a cow’s diaphragm, is one example of a butcher’s cut going mainstream. It’s similar, but a little different thank flank steak — some say it tastes even beefier. “It is so deliciously flavourful because it’s loaded with marbling,” she says. It’s commonplace south of the border, but DeSousa doesn’t think it’s as prevalent in Canada.

Tender as a filet mignon

While tasty, skirt steak is a tougher cut of meat, so DeSousa recommends marinating, then grilling it, before thinly slicing it against the grain (cut across the muscle fibres) to ensure it’s as tender as it is flavourful. Skirt steak works well in salad (with blue cheese dressing and crispy onions, according to DeSousa) or in tacos or fajitas.

If cuts such as these are so flavourful, why are they inexpensive? “Generally,” because they’re lesser known, says DeSousa, “The butcher is trying to move those cut, so you usually you can pick them up for quite a bit cheaper than you would say a T-bone steak or a rib-eye, or definitely a filet.”

However, since cuts like the petite tender are relatively obscure, DeSousa suggest calling your butcher to place an order a few days in advance to ensure they have what you need.

Waste not, want not

Instead of throwing meat scraps or undesirable cuts in the trash, butchers and chefs strive to utilize the whole animal — Charcut has mortadella made with pig head skin on its menu (apparently, it’s one of the restaurant’s most popular items).

And this nose-to-tail philosophy isn’t limited to meat. “We practice it in all different types of preparations in the restaurant,” says DeSousa, including with seafood and even vegetables. “We try and respect our farmers and growers by being able to use the entire part of the vegetable,” she continues.

With meat scraps at home, DeSousa suggests using them to make meatloaf or bolognese — because spending a lot at the butcher becomes a lot more economical if you make the most of what you get.

Connie DeSousa was a speaker at Chatelaine: The Big Dish event in Toronto on Sunday, October 29. Click here for more interviews and stories from the women who took part.