Amid Racism And The Pandemic, Many Chinese-Canadian Restaurants Are Struggling To Survive

Along with the economic losses brought on by lockdowns, anti-Asian racism has affected businesses, too. 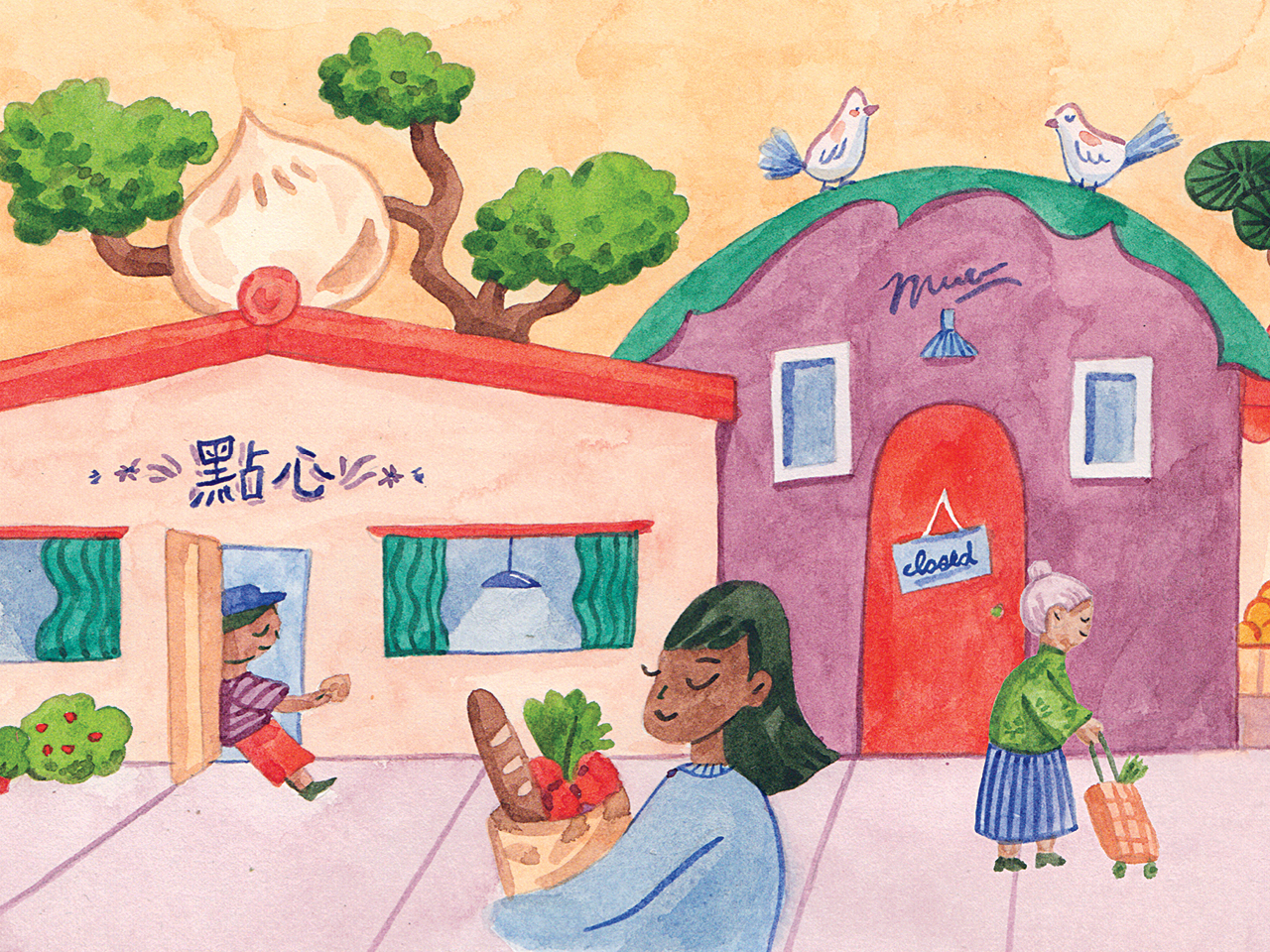 Manzou Bakery almost blends in with the industrial businesses that surround it. What makes the Scarborough, Ont., storefront stand out is that it’s the only one in the quiet plaza with a steady flow of customers. They enter empty- handed and emerge with cake boxes. The store carries nine flavours of chiffon cake—each a creamy, airy, layered delight—including the unique black sesame cake, filled with Japanese black sesame seed-infused cream. For those who can’t commit to just one flavour, the bakery sells boxes of cake cups—mini versions of the coveted chiffons.

That said, she’s cautious of its current success. “There’s always going to be that ‘unknown,’ but for now it’s good,” she says.

For the Pan family, facing the unknown in the Canadian food industry is all too familiar. It’s also one of the pivotal reasons why this bakery came to be. Sabrina’s parents originally ran a cake factory that supplied Chinese cakes and pastries to restaurants and buffets across the Greater Toronto Area.

Then came COVID-19. In March 2020, Ontario enforced a lockdown that included closing all non-essential businesses in the province. “Instantly,” says Sabrina, “we lost our business.”

As months went by, the family knew they had to do something substantial to survive. A bakery that sold directly to individuals instead of the now-shuttered restaurants seemed like the best option. And so, after months of recipe testing and a crash course in branding and promotion, Manzou Bakery was born. It officially opened its doors in January 2021.

“Honestly, we had no other choice,” Sabrina says.

During the pandemic, Canadian food businesses have borne significant losses across the country. Restaurants Canada, an industry association, reports that since March 2020, 10,000 restaurants have permanently closed.

But it was Chinese-Canadian food businesses in particular that experienced an almost immediate drop in sales, especially within the first two months of 2020—before lockdowns were announced.

Canada Catering Association, a non-profit group that supports owners of Chinese restaurants, says that sales at Chinese food businesses in British Columbia dropped by 50 percent, with some restaurants experiencing an 80 percent drop, in early 2020. Similarly, Chinese restaurants in the Greater Toronto Area reported a 30 to 80 percent loss in revenue in February 2020, according to the Chinese Cuisine and Hospitality Association of Canada.

Along with the economic losses brought on by lockdowns, anti-Asian racism has affected businesses, too. A March 2021 report released by several advocacy groups, including the Chinese Canadian National Council for Social Justice, revealed that one-fifth of all anti-Asian attacks from March 2020 to February 2021 took place in Asian restaurants and other food and grocery establishments across the country. During this time, a total of 1,150 incidents were reported, including verbal harassment, physical attacks, and spitting and coughing on Asian-Canadians.

Matthew Murtagh-Wu is the owner of the Dumpling King, a business based in East Vancouver that sells his signature Johnnie Walker–infused pork belly and scallion dumplings to local retailers. He says the pandemic was the “push” for people to discriminate against both Chinese food businesses and the Chinese and Asian community as a whole. “People just need a reason to not like someone,” he says.

Murtagh-Wu has patronized Vancouver’s Chinatown all his life, and he believes in supporting mom-and-pop businesses that are facing economic losses and racism. He continues to source his ingredients from Chinatown vendors to create his dumplings.

Social media has been an effective tool in supporting Chinese food businesses in Canada. In April 2020, self proclaimed foodie Laura Luu created Local 88, a Facebook group that promotes Asian food spots across Montreal and also encourages East Asian and Southeast Asian entrepreneurs to promote themselves through social media and branding. Luu says she created this group because she was afraid that her favourite food spots would go out of business: “If [people] don’t know about them, they can’t go and try their food.”

Feigang Fei, owner of the Chinese restaurant Cuisine AuntDai in Montreal, says his customers stopped going out to eat at the beginning of the pandemic—especially his Chinese patrons, who made up the bulk of his sales at his downtown location. The absence of customers in early 2020, plus the lockdown that was enforced in March, resulted in his permanently closing down one of his two locations. What helped the second business, however, was social media. In January 2021, his menu went viral on Twitter thanks to his cheeky takes on the dishes. “Compared to our General Tao Chicken, this one is not THAT good,” he wrote about the restaurant’s orange beef offering. Over 74,000 people have liked that tweet since it was posted.

Knowing the current climate, Sabrina Pan recognizes that she and her family are among the lucky ones who have a chance to try again, with Manzou Bakery.

“It’s such a privilege to pivot,” she says, noting that a lot of businesses don’t have someone to help them navigate online spaces. “It’s really hard, even for me. Even though I grew up [using social media], it wasn’t that easy to figure it out.”