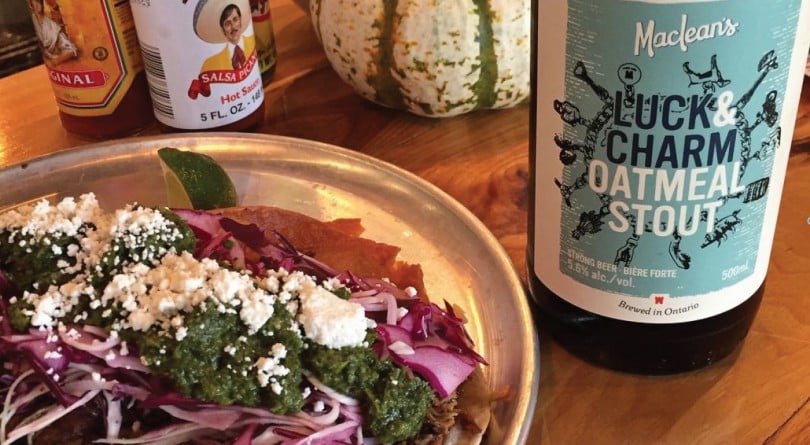 Jen Christie, grew up on a dairy and grain farm in Bruce County, Ontario which her family has run for six generations. She describes the area as an untapped market for foodies with its bounty of farms and food producers.

After joining 4-H as a child, Christie decided to forge a career in agriculture and formed the Ag Women’s Network (AWN) in 2013 to connect with peers (and leaders) in this male-dominated field.

Christie is now the director of business development for 4-H Canada. She owns a house in Kitchener and has plans to move to Ottawa next month. In her downtime, she always finds herself back in Bruce, which is in southwestern Ontario on the shore of Lake Huron. Some of Ontario’s most beautiful and popular beach towns, such as Sauble Beach and Southhampton, are in Bruce County. Bruce is adjacent to Grey County, which borders Georgian Bay, and the two areas can easily be explored in tandem.

Christie shares some of her favourite discoveries in Bruce and Grey counties.

Yes, the Taco Bus is closed but we serve double decker tacos all year round at Casero Kitchen Table 🌮🌮🤙#caserokitchentable #crunchtime #doubledecked #owensound

This Mexican restaurant has two locations: a seasonal taco bus in Sauble Beach and year-round restaurant in Owen Sound. Not only does Christie love the food here, but she says the chef Emily Leonard works hard to promote culinary tourism in Bruce and Grey counties. She’s also featured in Come To Our Table, a South Georgian Bay Community Cookbook highlighting the various restaurants and food producers in the area.

Christie describes this restaurant in Owen Sound as a great breakfast spot, but it’s also open for lunch and dinner. She keeps coming back for the various types of made-in-house bread that’s baked fresh daily.

This famous marketplace sells more than just livestock. It’s filled with vendors selling fruits, veggies and antiques every Tuesday rain or shine. “It has been around long before farmers markets became a thing,” says Christie. The best time to visit is between May and October.

Are we open today? Of course we are. We will be here, at the brewery, until 5:30pm. We will be enjoying a day off on Monday though, so make sure you stop by before then! #craftbeer #longweekend thanks @tiedphotofilm for the great pic!

If you can’t get to Bruce or Grey County, you can still get a taste of the area if you live in Ontario. Some of Maclean’s Ales Inc’s beer is available at the LCBO, at The Beer Store and on some grocery store shelves. Christie is partial to the farmhouse blonde. For more variety, head directly to the brewery, which has a store on site.

For Christie, this quaint coffee shop with lots of wooden detailing is a recent discovery, but she wants to start visiting it more often. Along with standard espresso drinks, it also offers more decadent options, such as a banoffee frappe when it’s warm out. Grab a pastry for a snack or settle in for a soup or a sandwich if you’re hungry.

Ontario makes some great wine, and you can find lots of it here, along with reds, whites and bubbly from around the world. Food-wise, this spot focuses on locally sourced ingredients and offers up everything from hearty mains to pizzas and charcuterie boards.

Jen Christie was a panelist at Chatelaine’s The Big Dish event in Toronto on October 29. Click here for more interviews and stories from the women who took part.