The Queen’s Fashion Secrets—Revealed By Her Private Dresser

With her brightly coloured coats, embellished hats, practical purses and pantyhose (always!), Queen Elizabeth II  is an impeccable dresser. A new book written by the woman behind her wardrobe reveals some amazing details.

The Other Side of the Coin: The Queen, the Dresser and the Wardrobe—written by Queen Elizabeth’s longtime dresser, Angela Kelly—is a delightful peek into Lizzy’s dressing room. Here are some of the sartorial nuggets Kelly shares (with QEII’s permission, of course).

The Queen has five dressers, but she physically dresses herself

It takes a small team to help the Queen look gorgeous: there’s Kelly, a deputy dresser and three assistant dressers. But they’re just there to lay everything out for her and help her with a zipper or a difficult piece of jewelry. In fact, Kelly specifically puts zippers in most of the Queen’s clothing so it’s easy for her to slip them on and off—and to ensure her hair isn’t messed when she’s getting dressed. But perhaps the most shocking dressing room revelation is the fact that Her Majesty does her own makeup every single day of the year except for one: that of her annual Christmas message broadcast. 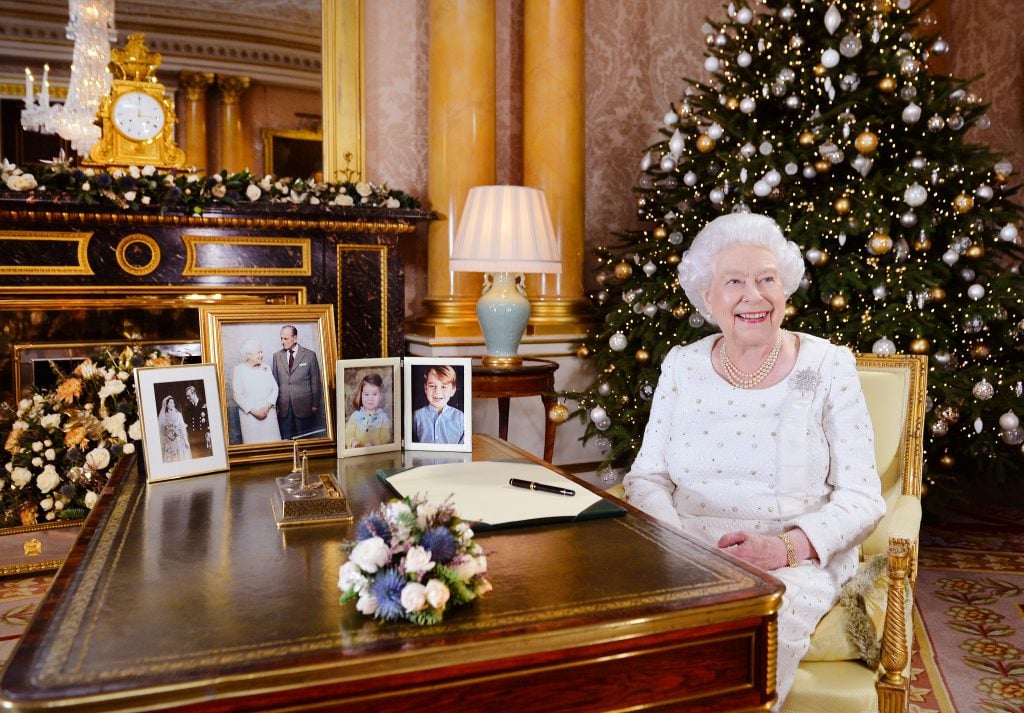 Every season has a colour palette

Magenta, neon green, buttercup yellow, orange—the bolder the colour, the better it looks on the Queen. But there’s a rationale behind what hues she wears when, Kelly says. Spring is for softer colours and lots of florals. Summer means light fabrics (obviously) in bold colours with stronger floral patterns (yes, there are levels of floral patterns). Fall is for cashmere and other wools in a cooler colour palette. And winter is for velvet and wool in gold, royal blue and dark purple. Did you get that? Don’t worry, Kelly keeps track of every look the Queen has worn—and when—to avoid too-soon repeats. 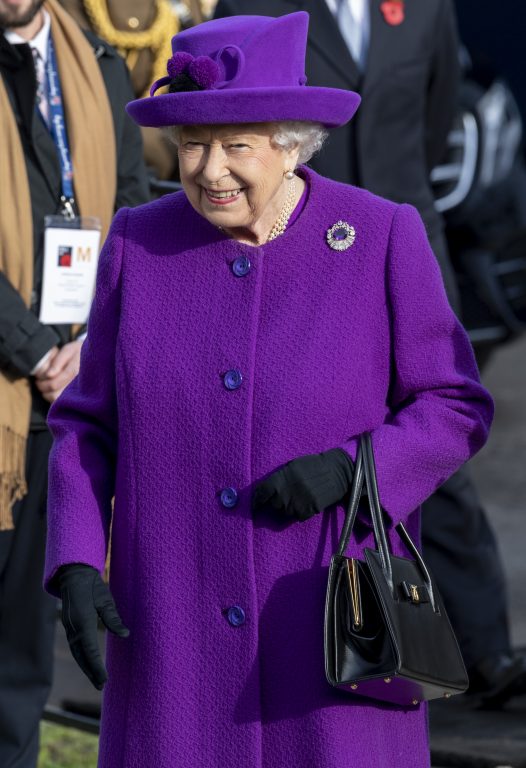 She gets fashion advice from Prince Philip

Kelly is obviously a trusted fashion advisor. But the Queen also turns to a special family member for sartorial advice—her husband of nearly 72 years, Prince Philip. In the book, Kelly recalls two hilarious occasions where her boss asked him for fashion help. In 1998, the Queen was in Malaysia for the Commonwealth Games, where she was supposed to wear a coral dress with a matching hat—but she didn’t have time to try on the headpiece before she left London. Kelly pulled the hat out of the box in Kuala Lumpur only to realize it wouldn’t suit Her Majesty at all. Thankfully, she realized it would look lovely if worn back to front. “The Queen couldn’t believe that this would work. I told her that, if she did not believe me, she should consult The Duke of Edinburgh, as he always tells her the truth,” Kelly says. Off the Queen went to consult Philip, and he agreed with Kelly. So the Queen wore the hat backwards and frankly looked amazing (see below). The Duke once again told the Queen the truth during a fitting when she was trying on a bold jacquard dress. “Is that the new material for the sofa?” he asked. Touché, Philip. 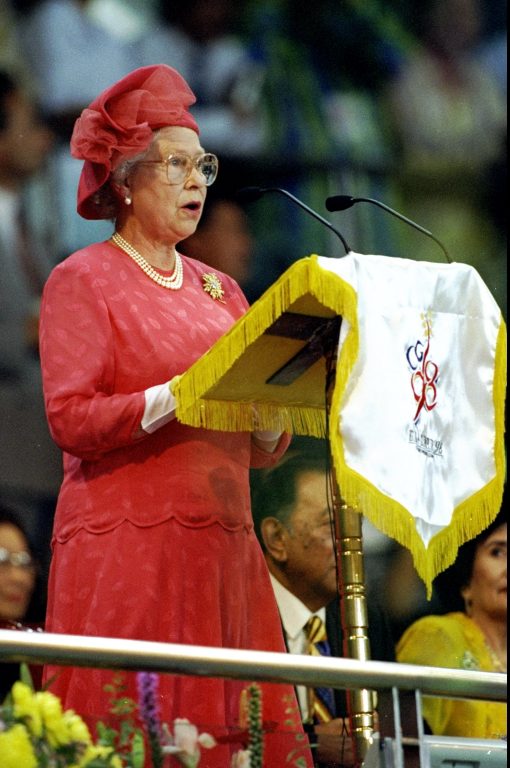 Her shoes are always broken in for her

The Queen is a practical lady when it comes to shoes—she is 93, after all. She wears a two-inch heel, max, or lower if she’s walking on cobblestones. And she mix-and-matches her cream, white and black shoes with all of her outfits. But the juiciest tidbit about the royal shoe closet is that all of the Queen’s heels are broken in for her by Kelly. (Talk about job dedication!) “The Queen has very little time to herself, and no time to wear in her own shoes,” Kelly explains in the book. “As we share the same shoe size, it makes the most sense this way.”

Thrift is her watchword

Yes, the Queen lives in multiple castles and palaces and has a collection of seriously enviable jewels, but she still doesn’t spend unnecessarily. Kelly says many of the Queen’s clothes are worn for decades, and notes that she’s thrifty in other ways too. The Queen adores Singapore silk, for instance—as worn below—and when she purchases the fabric in the South Asian city-state, she always gets the tax back, even if it’s down to the wire at the airport. Kelly once nearly missed a flight claiming tax back on a fabric purchase, and had to race onto the plane, refund in hand. “The look on the Queen’s face was princess as I handed her the tax refund,” she says. 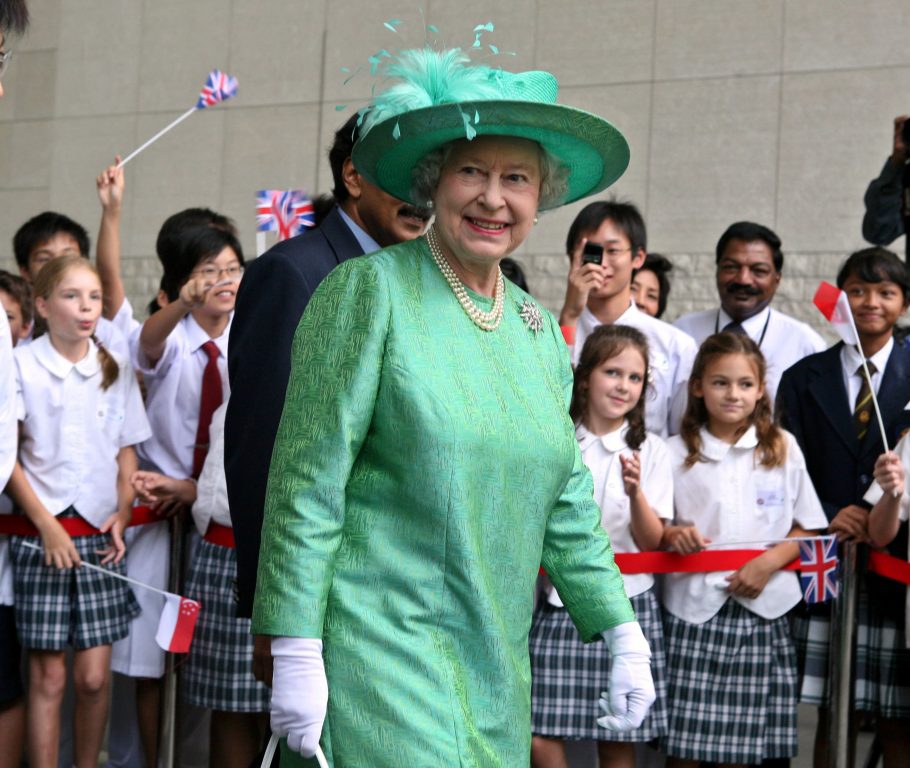 The queen’s dresses often feature beading or crystals, but the added weight can often make a dress uncomfortable. Don’t worry, Kelly has a fix for this. “I usually add a few extra layers of lining to help cushion the impact, especially at the back of the dress, and try to keep the heavily beaded areas to the front and sides,” the senior dresser explains. (Yes, that means minimal beading on the royal rear.) Kelly makes sure everything fits well by arranging for two fittings for every single outfit the Queen wears. 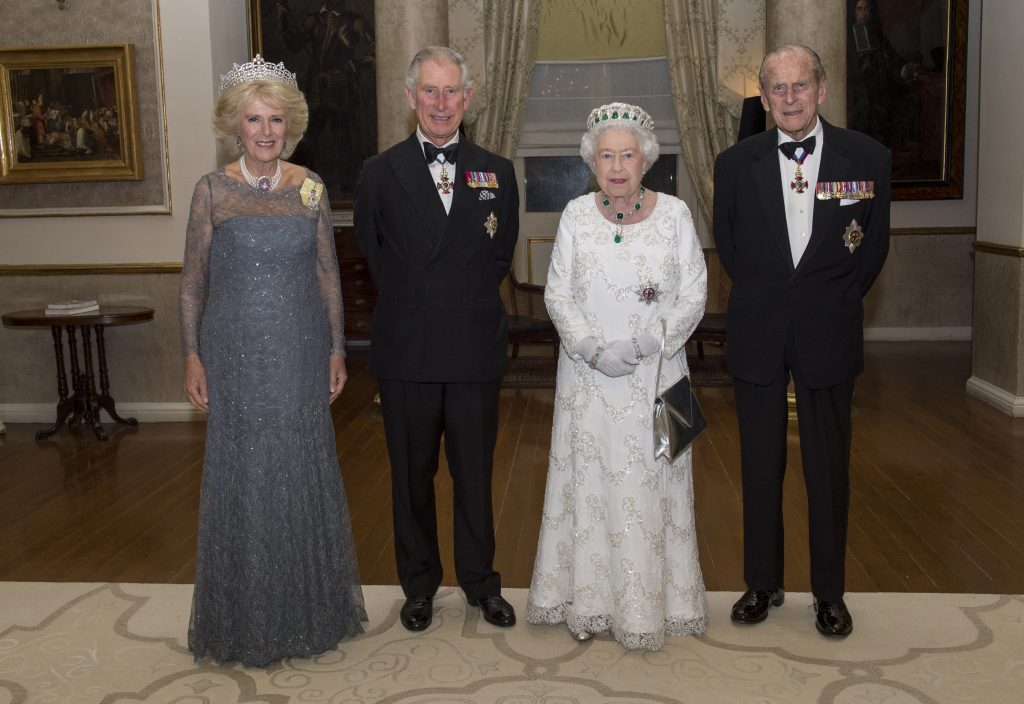 Yes, you can wear the same colour as the Queen

There’s a persistent rumour that when those attending an event with the Queen can’t wear the same colour as her—but Kelly maintains this is not true. “When it comes to the Royal Family, it doesn’t matter if because they are family,” Kelly explains. “Other guests, though, feel they shouldn’t be in the same colour as Her Majesty, although the Queen would not mind if this did happen.” As well, the Queen will occasionally only choose her colour a few weeks in advance of an event—as was the case with the yellow hue she wore to Prince William and Kate’s wedding. Kelly says they picked the shade to mimic the sun’s rays. 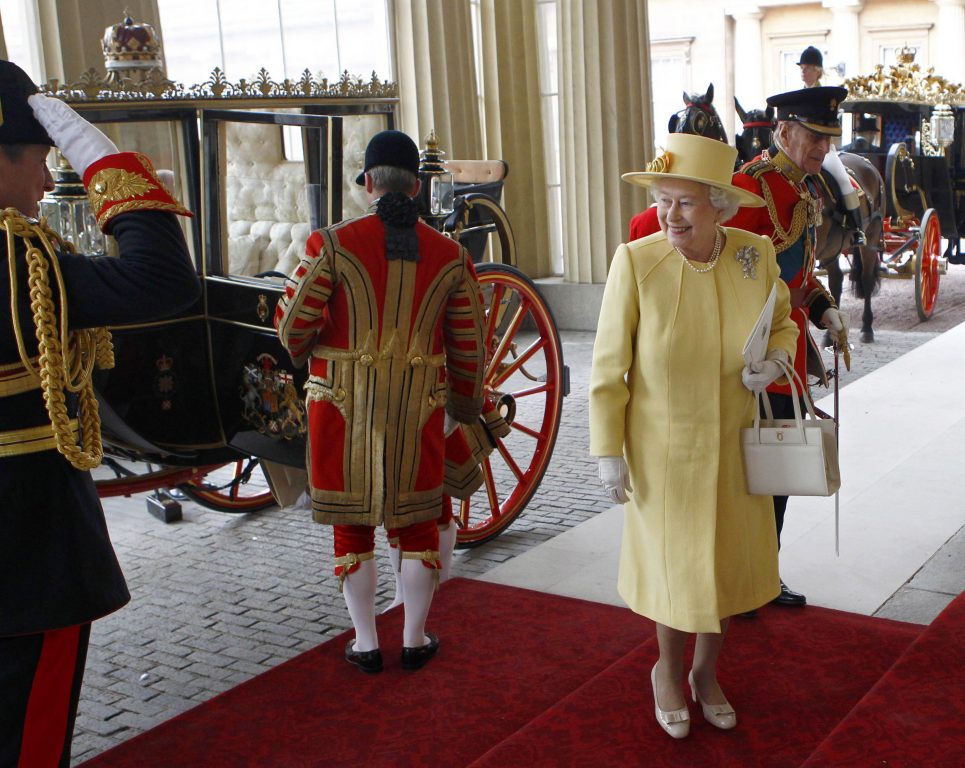 Her clothing is packed with a lot of care

If you think you overpack for trips, you have nothing on QEII. If she’s going on tour, Kelly will bring two outfits for every event—this way the Queen can pick her favourite. “And if neither is quite right, or one gets soaking wet, we always have a backup,” says Kelly. As per how exactly her clothes are packed? Well, protocol changed after an unfortunate incident in Italy in 2000, when the Queen’s hanging garment bags were taken from the plane during a rainstorm and a gust of wind sent them flying across the tarmac—soaking her clothing. Now, clothes are packed in waterproof wheeled suitcases. Each item is placed in the case and then separated from the next by layers of tissue paper.