I'm Plus-Size, I Love Fashion And I'm Not Alone. So Where Are All The Killer Clothes?

Finding stylish plus-size options is still, somehow, a challenge, but we spoke to three style experts who reveal what it will take for Canada to boost its plus profile. 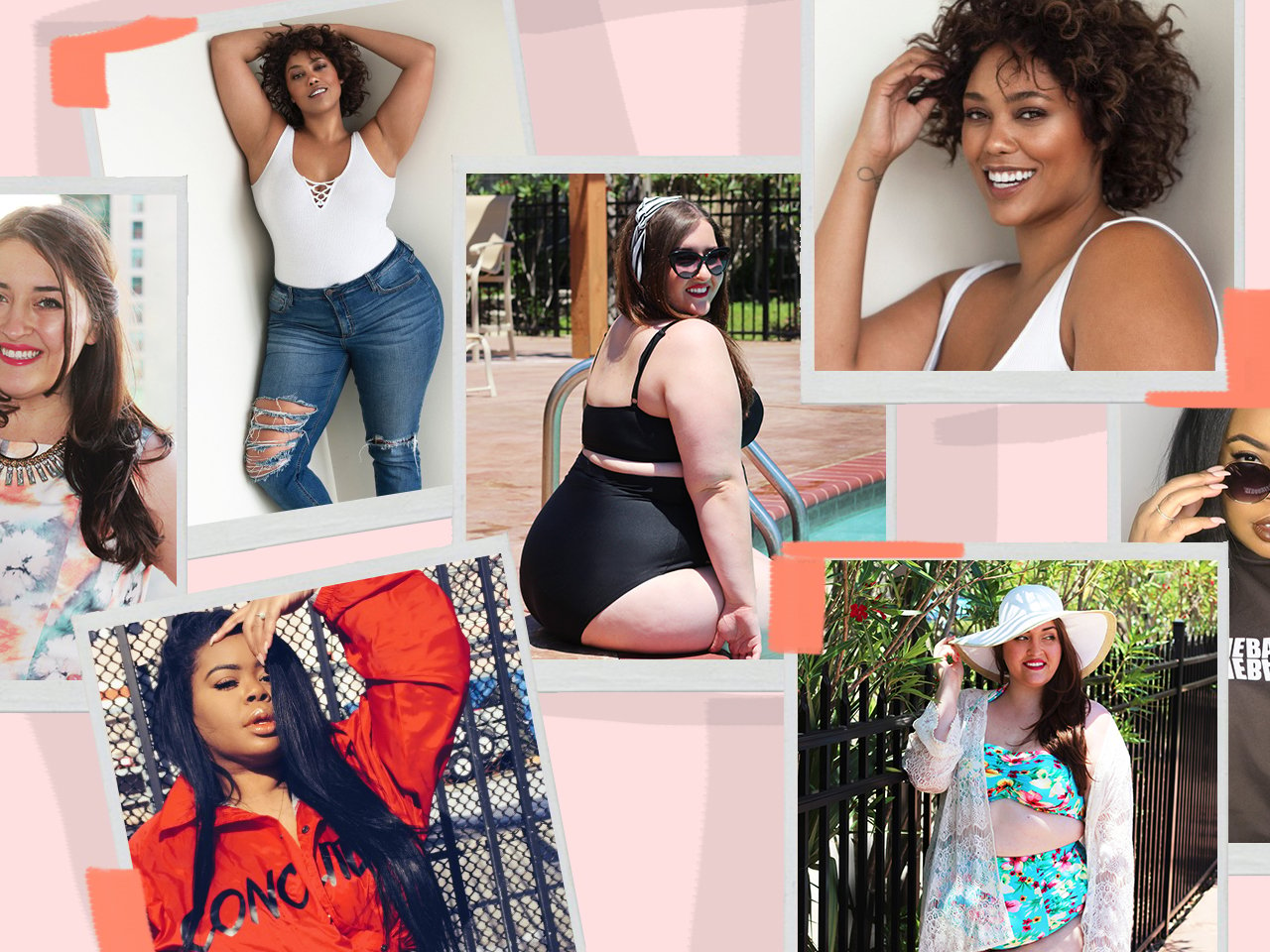 As a plus-size girl growing up in the suburbs of Toronto in the ’90s, I could only dream about rocking the outfits I saw in magazines and on TV (think Calvin Klein slip dresses and Liv Tyler’s baby doll tees). When I went shopping at one of the handful of retailers that carried my size, my oarptions were oversized T-shirts and wide-leg pants; crop tops and tight dresses just weren’t available beyond traditional sizes.

Fortunately, things have changed since then. Social media has given us unprecedented access to designers, and retailers are finally starting to catch on to our demands for more sizing options. Within the last 10 years, Forever 21, H&M and even Nike  have introduced plus lines, while Canadian retailers like Joe Fresh, Addition Elle, Pennington’s and Hudson’s Bay carry fashion-forward plus collections.

But that isn’t really enough. Plus-size shoppers are often relegated to online shopping, which makes it difficult to gauge fit and quality, and when brick-and-mortar stores do carry extended sizing, the selection tends to be limited. Regardless of where they’re shopping, plus women usually have to spend more for comparable garments. And, worst of all, there’s a lasting sense that plus-size women just don’t matter to mainstream retailers. “I wish we could get to a point where it wasn’t a big deal to feature a plus-size body on the runway,” says Brittnee Blair, a plus model and former Big Brother Canada contestant. “There’s no shortage of plus-size women voicing their opinions on the lack of options out there.” 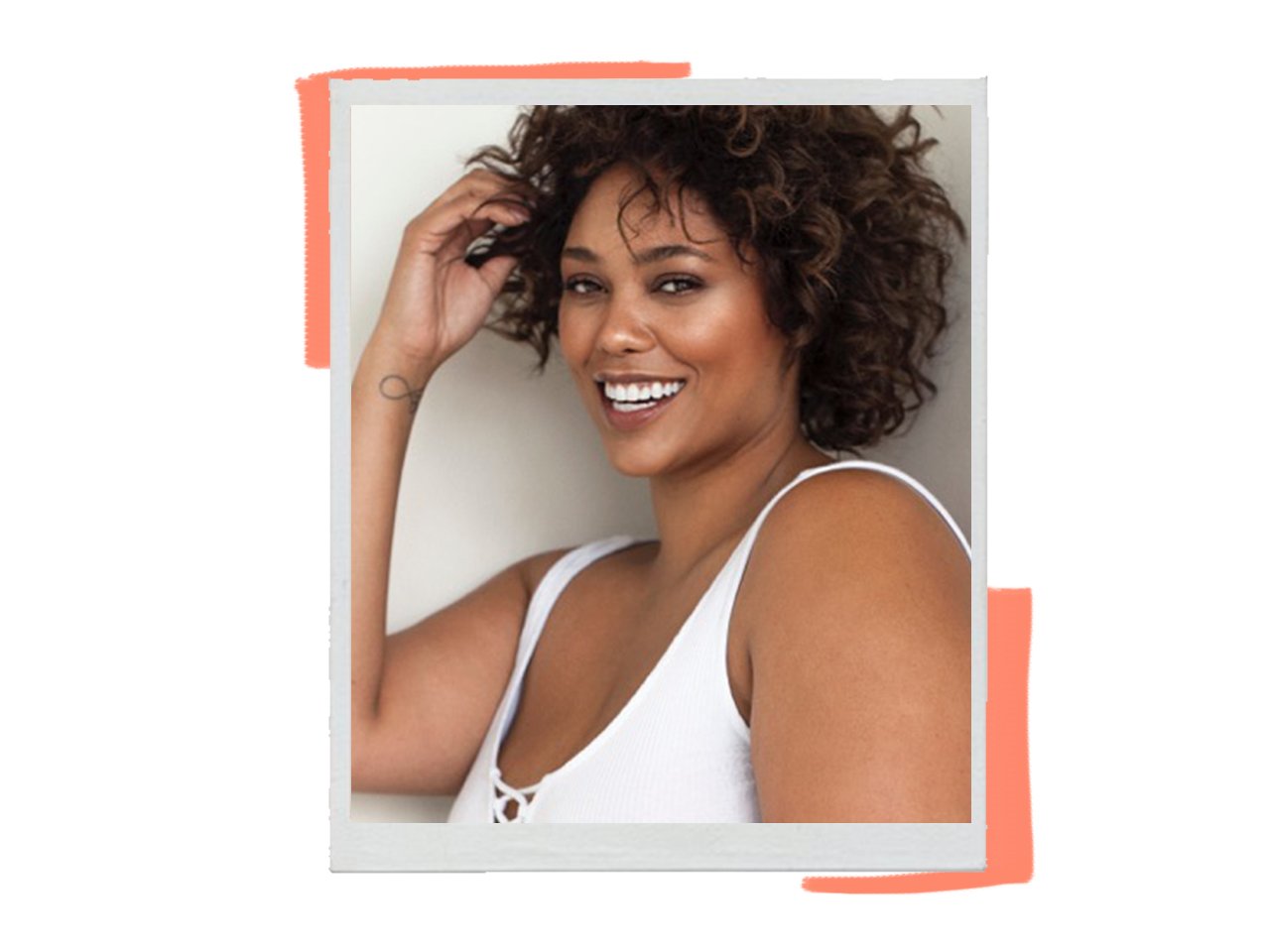 And it’s not just plus-size women who are saying there’s a problem; a 2013 study by market research group NPD found more than half of all Canadian woman (about 10 million of us) wear “non-traditional” sizes (plus, petite, tall, junior, or some combination of those four) and have trouble buying clothes straight off the rack. As a result, retailers here are losing out on their business, with two in five shopping at U.S. stores, instead. According to the study’s press release, plus-size women, who make up the largest segment of non-traditional sizing, report finding shopping stressful, largely because it’s so difficult to find high-quality, on-trend plus options.

“Overwhelmingly, 86 percent of plus-size women want their clothes to be offered in the same colours as items sold in smaller sizes; another 80 percent look for the same styles that are offered outside of their size range.” It’s a strange inversion of supply and demand — clearly, there’s a market for stylish plus-size fashion, but retailers aren’t responding. And no one seems to know what’s causing the disconnect. “Sometimes designers will dip their toes into plus fashion with one collection, or they’ll use a plus-size blogger in a campaign, but won’t actually carry plus sizes. The dots just aren’t connecting and I’m not sure what the hesitation is about,” says Diana Di Poce, the Toronto-based editor-in-chief of Dare, Canada’s first magazine dedicated to fashion for plus women. Whatever the reason, the lack of interest in dressing plus-size bodies is a missed opportunity, she says.  “We’re desperate for the same selection as our straight-size counterparts.”

At least one mainstream fashion expert agrees. Last September, fashion expert and Project Runway mentor Tim Gunn called out the industry for ignoring the plus market in an op-ed for the Washington Post: “There are 100 million plus-size women in America, and, for the past three years, they have increased their spending on clothes faster than their straight-size counterparts,” he wrote. “But many designers — dripping with disdain, lacking imagination or simply too cowardly to take a risk — still refuse to make clothes for them.” 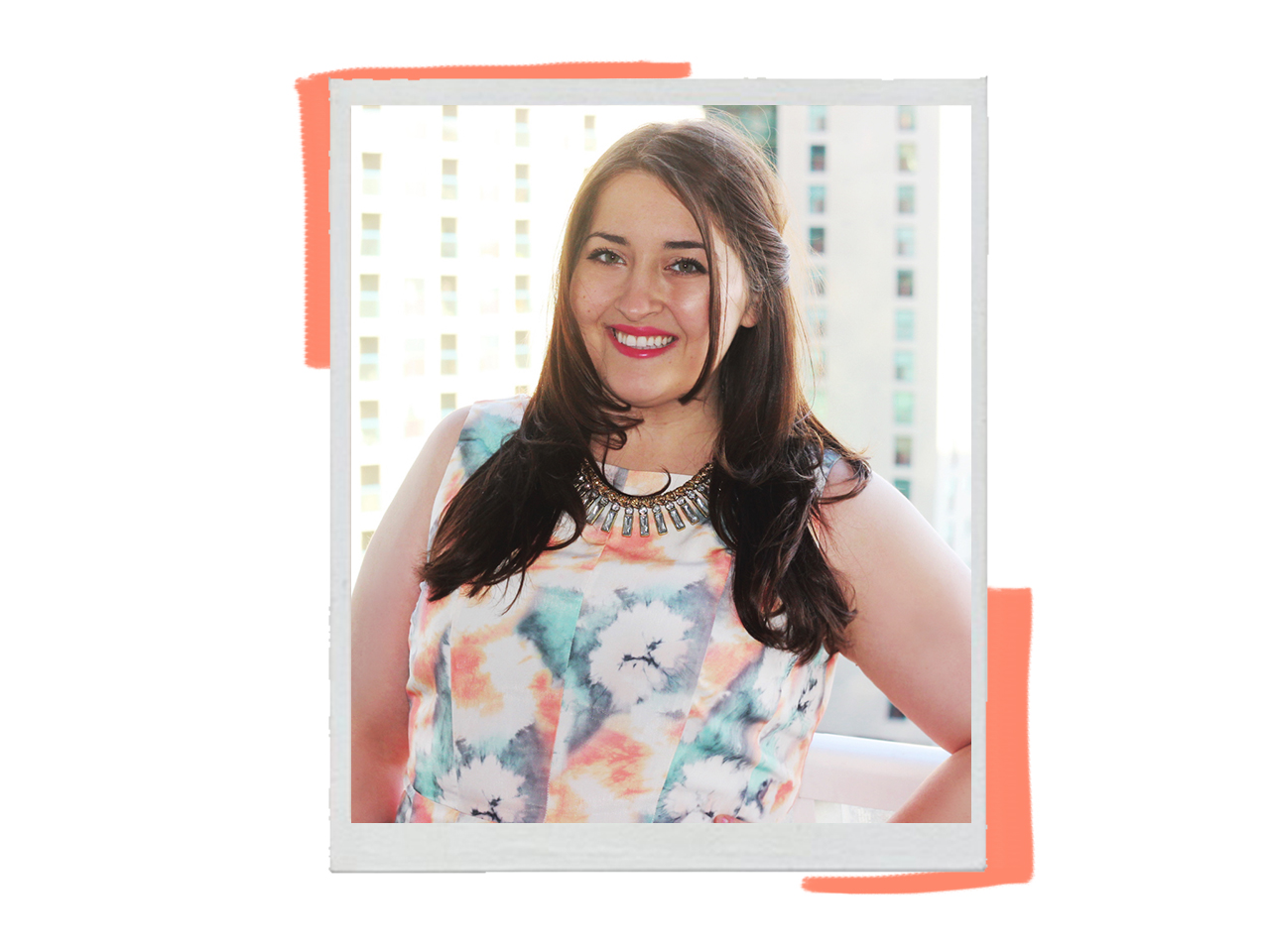 It’s not all bad news: social media has given customers a voice, and they’re using it. The #PlusSizePlease hashtag is one example of the community’s growing influence: Consumers leave it as a comment on brands’ Instagram posts as a request to see straight size items in plus sizes. There has been a positive, if tentative, response — U.S. retailer Hot Topic and Canadian brand Encircled released plus sizes after the hashtag appeared in their comments. But there’s still so far to go, which is one reason why, “it would be great to see Canadian labels expand into plus-size ranges, or to see a Canadian designer launch a plus-size collection,” she says. On my personal wish list: Aritzia and Roots.

One designer who has launched a plus collection is Toronto native Sashagai Ruddock. She started her own streetwear line, Flaws of Couture, three years ago, after getting fed up with the lack of options available to plus-size women like her. Despite pressure from friends and colleagues to head to the U.S., where she’s likely to find faster success for her burgeoning brand, Ruddock has no plans to leave Canada. “I want to represent Toronto and the fact that we’re super talented, beautiful and multicultural,” she says. “My ultimate goal is for a plus-size girl to be able to walk into my store one day and want everything in there.” 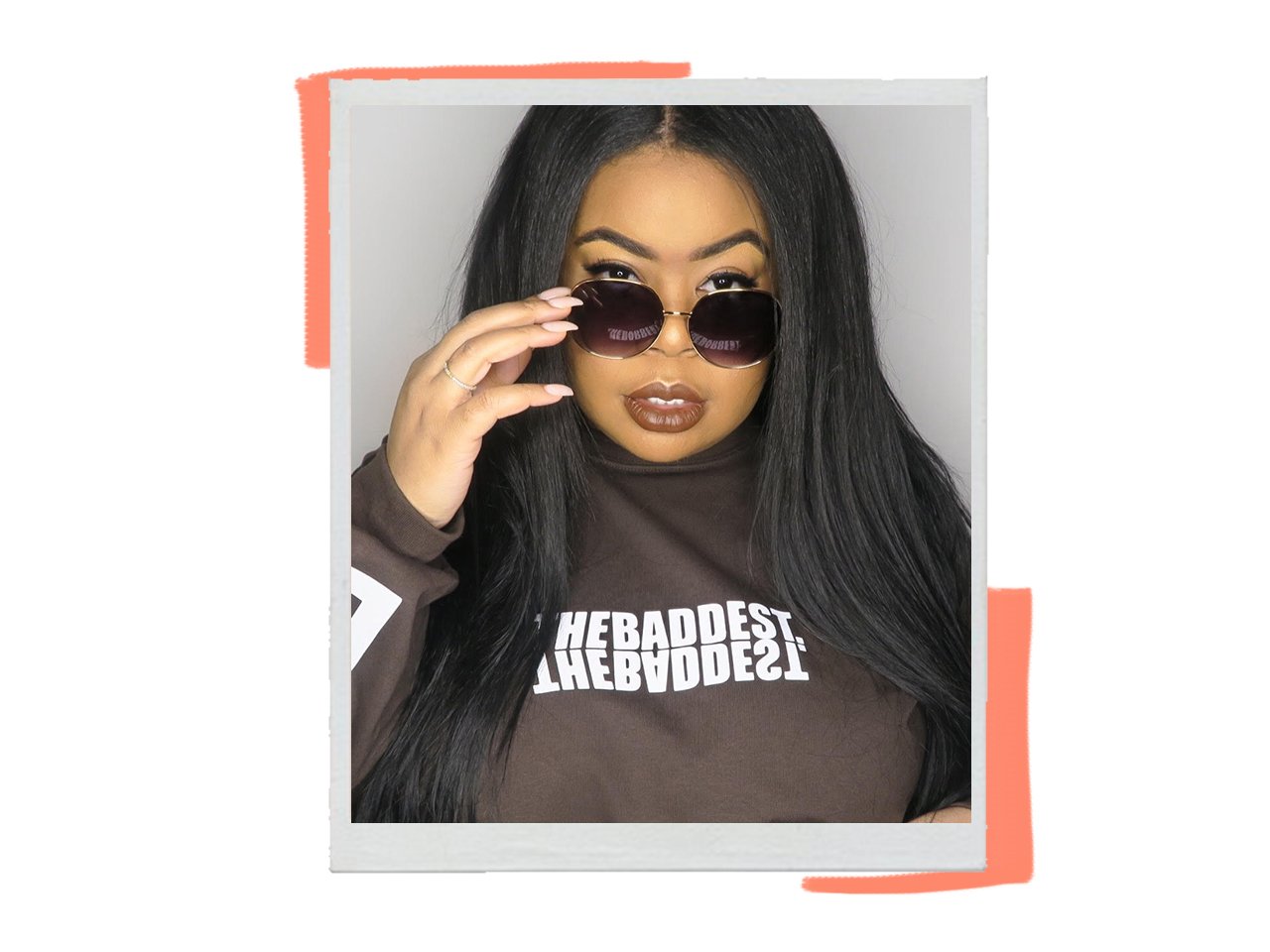 Ruddock believes that it’s up to Canadian retailers to start investing in the talent that’s right here instead of looking south of the border to collaborate. “It’s amazing when retailers work with American plus influencers, but that doesn’t really do anything for Canada,” she points out. “I can name 10 designers and fashion arts students off the top of my head who are super talented and who just don’t have the funding to make their visions come to life. If we can create those opportunities here, then I think the plus fashion industry will just boom.”

In the meantime, I’ve finally found all the crop tops and tight dresses a girl could ever want through a supportive online community of plus-size pals. I’ve met some incredibly stylish women who share the same thirst for fashion as me via Facebook groups, Instagram threads, and even at local clothing swaps and meetups. It reminds me of something Blair said when we chatted: “It will take time [for plus-size fashion to really find its place] but in the meantime, all we can do is stay strong, keep voicing our opinion and have each other’s backs.” So let’s continue to demand what we want and support one another with our wallets, invest in indie lines and visit local, independent retailers who offer options beyond mass retail. Who knows? If we stand our ground, plus-size women could one day rule the runways.