Is Cannabis Beauty's Next Hot Ingredient? Here's What Weed Could Mean For Skincare

As we wait for weed to be legalized in Canada, it’s time to unpack cannabis’s potential to improve common skin issues, from psoriasis to eczema. 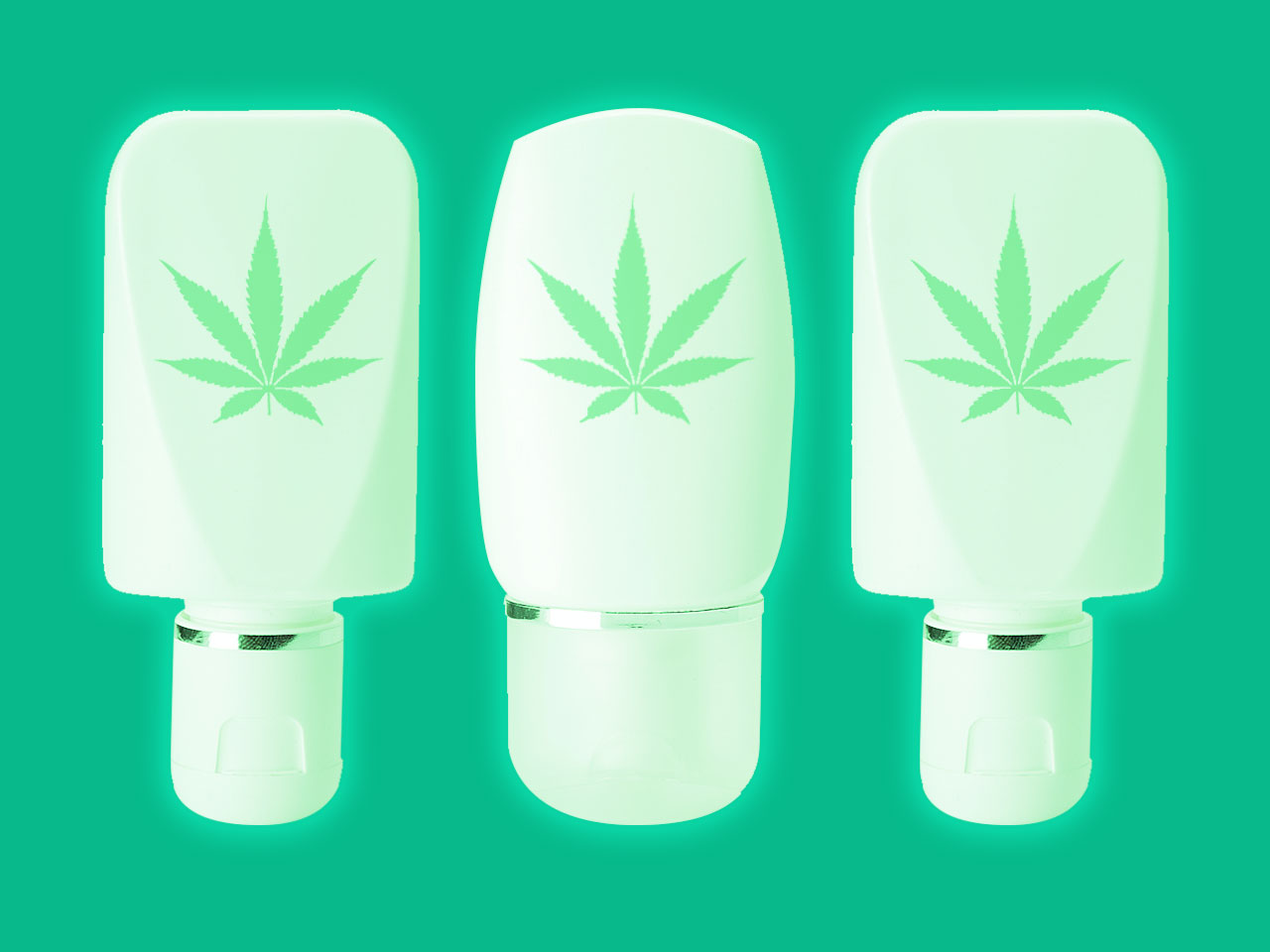 Beauty’s new “it” ingredient might surprise you. Weed — now used for everything from pain management to an improved sex life — is getting a lot of buzz for its potential to tackle common skin issues, from dry skin to psoriasis, once again challenging the notion that cannabis belongs only in your bong.

As Canada inches towards legalizing recreational weed in the summer of 2018, experts are saying cannabis could blaze the trail for the future of skincare. But before you get too excited, we’re still in the early stages of unrolling weed’s potential beauty benefits, according to dermatologist Dr. Jaggi Rao. He is working on a clinical trial with MedReleaf, one of Canada’s largest licensed weed producers, on the potential benefits of cannabis-infused skincare in treating skin disorders.

Dr. Rao says that while there are few studies to date on cannabis skincare, anecdotal evidence has shown promising results in treating skin conditions relating to dryness, such as eczema and psoriasis. “We’ve noticed that people who’ve been smoking marijuana recreationally, and people who are prescribed it, have a decrease sometimes in inflammation and itch,” he says. “It makes sense to turn it into a cream so they don’t have to have any of the other side effects.”

Dr. Rao adds that sooner or later, we won’t be able to ignore the potential value of cannabis in skincare as more people seek natural alternatives to the steroids and harsh ingredients typically used to treat skin conditions like psoriasis and eczema.

So how exactly does cannabis skincare work? Here, we unpack the science behind cannabis skincare, how it differs from its more widely accepted cosmetic ingredient cousin, hemp, what the future of the industry looks like (spoiler: women are poised to lead the weed industry come legalization) and whether or not weed-infused beauty prods can make you high.

Back up. How did we get here?

First, science! The human body has an endocannabinoid system, which consists of many receptors — think of receptors as message receivers that bind with chemical compounds found in cannabis plants called “cannabinoids.” When there’s a strong bond, the combination can make you experience unique therapeutic benefits and/or psychoactive effects.

There are two types of receptors, CB1 and CB2, and they can be found all over your body — including your skin. But different cannabinoids bind to these receptors with varying degrees of strength. And while we’re still at the early stages of figuring out how specific cannabinoids interact with the skin, we know there are at least two in the cannabis plant that can be particularly effective: Cannabidiol (CBD) is a non-psychoactive cannabinoid found in both cannabis and industrial hemp. CBD, legal when extracted from industrial hemp and widely considered to be high in antioxidants and known to ease dry skin, is a coveted mainstream ingredient used in popular skincare products, from acne facial cleansers to super-moisturizing hand creams.

Because while CBD can’t bind to either CB1 or CB2 receptors (’cause remember those “receivers” in your body that interact with chemical messages from stuff like weed?) super effectively, THC binds with both “with relatively strong affinity,” according to Dr. Mark Kirchhof, head of dermatology at the University of Ottawa. That means, THC could have a stronger therapeutic effect than CBD. That’s where cannabis comes in, especially as we get closer to legalization — because while hemp contains only trace amounts of this cannabinoid, cannabis can have as much as 200 times the THC content.

Cool, but will using cannabis-laced beauty products make you stoned?

Don’t expect to get high from slathering cannabis-infused product onto your skin. While trace amounts of THC can be absorbed through the skin and enter the bloodstream, Dr. Kirchhof says they would only do so in tiny amounts, and won’t result in the “high” you feel from smoking or ingesting THC-laced products.

He adds that one thing you should be aware of when applying cannabis topically is the “potential for allergic reactions,” which could range from itching and discomfort to more severe side effects, like “hives and allergic dermatitis.” (As with any beauty product, it’s best to try a spot test before full application jusssst in case.)

There’s growing excitement in the dermatology community about conducting much-needed research on how THC and CBD interact with the skin, which will be made easier once marijuana is legalized, says Dr. Kirchhof.

Currently, the only legal way to buy weed legally in Canada is through a licensed producer, along with a doctor’s prescription and license from Health Canada — and the same goes for products laced with cannabis. While cannabis-infused lotions, creams and balms have yet to make it to your local beauty counter, they’re sold medically to treat aches and pains without any psychoactive effects.

And what role do women play in the industry?

“The one thing we hear in a lot of cases is that cannabis is the last solution — nothing else worked,” says Pride. “Out of desperation, they find something that answered what nothing else could.”

In a recent survey of over 1,500 North American women, Van der Pop found that 60 percent were curious about the benefits of cannabis skincare, but only 11 percent of Canadian women agree they understand the science behind weed.

Brandi Leifso, founder of Evio Beauty Group, says cannabis ingredients are paving the way for a number of indie brands to shake up the beauty industry, traditionally a “conservative space” dominated by cosmetic giants like Estée Lauder and Proctor & Gamble.

“Most of these brands are actually run by women,” says Leifso, who recently announced plans to partner with a Canadian licensed producer (to be announced within the next few weeks) to launch a cannabis beauty line when legalization comes into effect.

“From a professional perspective, I really see it as a stepping stone industry that is going to elevate women.”

As brands start to get behind natural ingredients to address female skincare needs, Pride says cannabis remains “an important part of the [beauty] industry to invest in and figure out.”

Until then, we’ll be waiting to see what rolls out next.