This Hanukkah menu delivers all the hits— salmon, roasted root vegetables and, of course, latkes—with enough tasty twists to intrigue night after night. 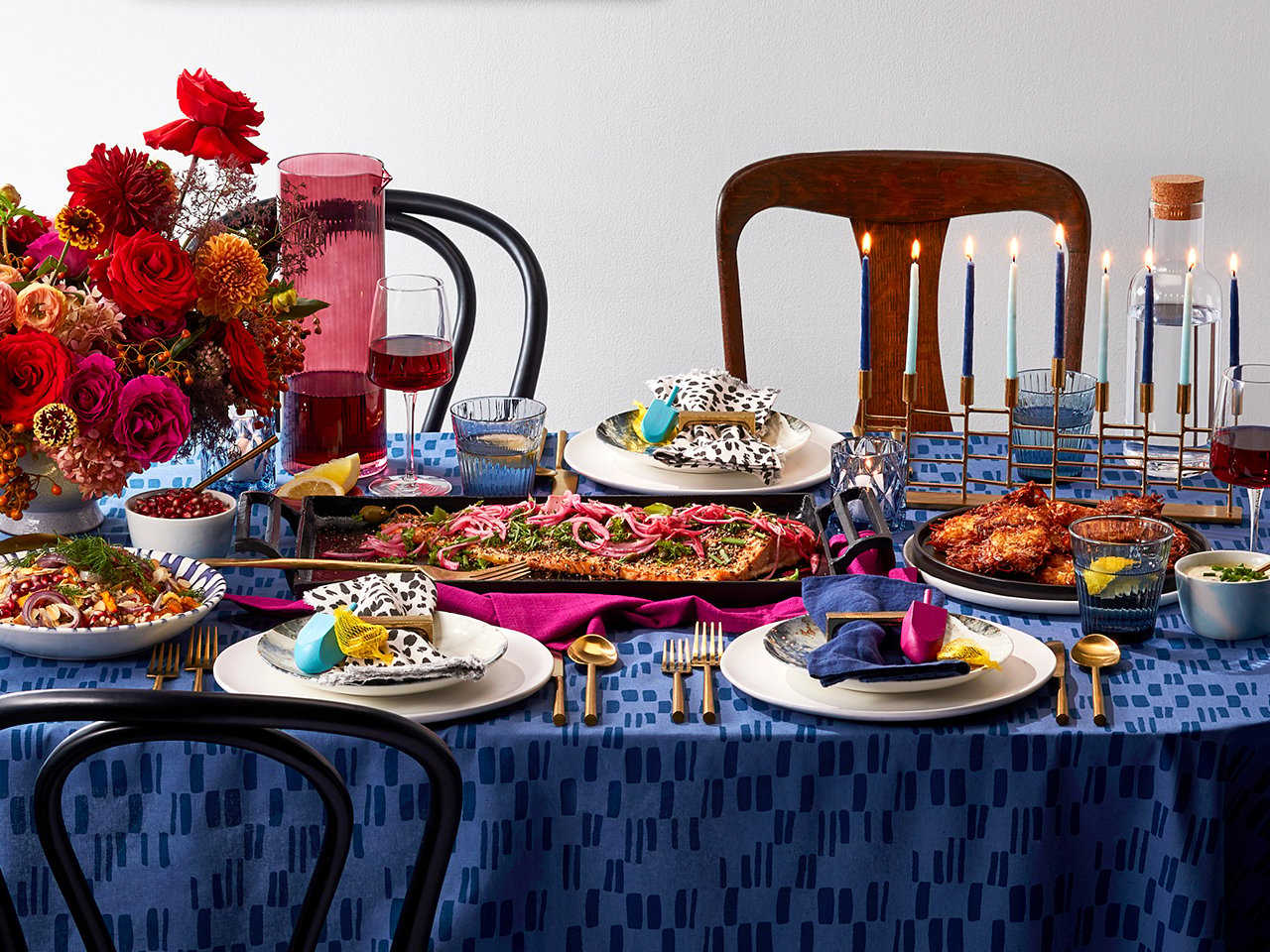 A decidedly low-key affair consisting mostly of kibitzing with second cousins over latkes in condo party rooms, Hanukkah might be less overtly celebratory than Christmas, but it’s no less joyous. It is, however, a bit less predictable: Because the Jewish calendar is lunisolar, Hanukkah sometimes falls close to Christmas, and sometimes doesn’t.

The celebration of Hanukkah commemorates the rededication of the temple in Jerusalem, where, in ancient times, the Jews rose up against their Syrian Greek oppressors in the Maccabean Revolt. The temple was destroyed and had to be repaired in time for the Sabbath, but there was only a small amount of oil to keep the lanterns burning—just enough to last one night. The miracle of Hanukkah—the Festival of Lights—is that the oil burned for a full eight days, which is why we light the menorah. Meanwhile, because of the symbolism of the magical oil, we get to eat delicious fried food for eight days straight.

It’s not Hanukkah without latkes. Case closed. But what is up for discussion is whether you prefer the potatoes shredded in a food processor and dropped into hot oil until crispy-edged, or hand-grated and fried in the oil until lacy and crunchy throughout. (I’m going for grated every time.) Latkes are traditionally served with applesauce and sour cream, but here I propose a herbaceous green goddess sauce, a play on the sour cream that provides a lot more interest and oomph. It works well with the latkes—and also with everything else on the plate.

So what else is on the plate? If there’s one thing you should know about Jews and food, it’s that we never say no to a nice piece of fish. And this salmon is a nice piece of fish! Instead of the usual Hanukkah spread of bagels, lox and cream cheese, impress the entire family and roast a whole side of salmon seasoned with za’atar. They’ll plotz for it.

While the fish is in the oven, you can quick-pickle red onions, make sure your 20-cup coffee percolator is working and toss together some herbs to top the salmon. Suddenly, you’ve got a Hanukkah main course fit for the ages. Plus, you’ll make a nice grainy salad full of roasted root vegetables, pomegranate and dill. (Note: Certain cousins may be disappointed by the absence of bagels. You should probably get some bagels.)

For dessert, save the chocolate gelt for playing dreidel. Instead, core little McIntosh apples, sprinkle them with sugar and spice, and wrap them in pastry. While they’re turning puffed and golden, you’ll make a caramel sauce out of Manischewitz, the sweet sacramental wine that tastes like nothing short of another Hanukkah miracle.

I say let the others enjoy their bedazzled trees, fat bronzed turkeys and elaborate gifts. This Hanukkah, the Jews will have crispy latkes, a perfectly seasoned roasted fish, sacramental caramel—and perhaps a new pair of tube socks. Failing that, we’ve always got Chinese food for Christmas. 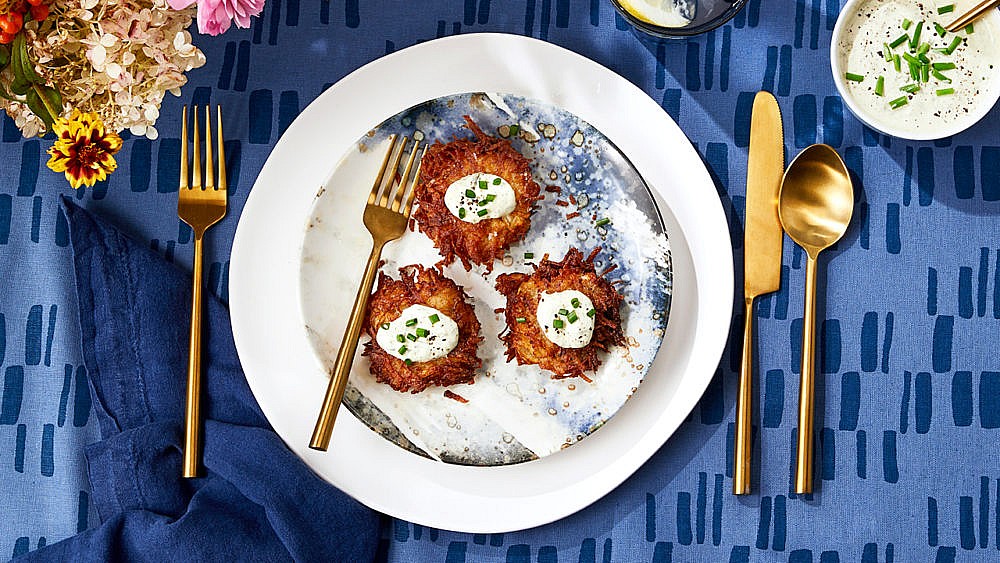 These latkes might not be what you're used to, but with a dollop of homemade green goddess sauce, they're every bit as delicious.

Get the full recipe here.