Not just for birds: Canary seeds coming to the food aisle

Here are five things you didn't know about this high-protein, gluten-free grain, which Health Canada has deemed safe to sprinkle on everything from bagels to biscuits. 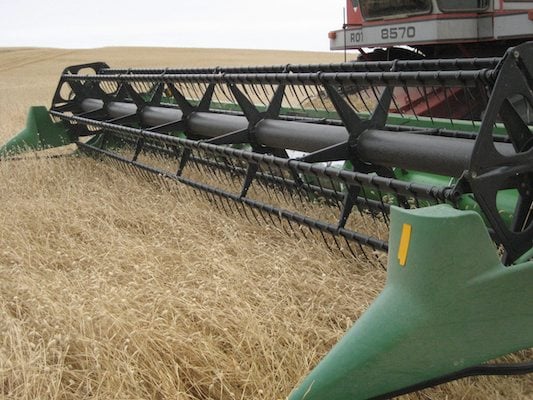 Canary seed, which has been used almost exclusively as bird seed in North America, recently received approval to be sold for human consumption in both Canada and the United States. Here are five things to know about canary seed:

What can you use canary seed in?
Baked goods and mixes for bagels, biscuits, breads, rolls, cookies, crackers, doughnuts, pancakes, waffles, muffins, pies, breakfast cereals, flours and brans. It can be sprinkled like sesame seed and can also be used in energy, meal replacement, and fortified bars; granola and cereal bars; pasta; and snack foods.

How nutritious is it?
With about 20 percent protein, it’s one of the higher protein cereal grains grown in Canada. It has a high percentage of unsaturated fatty acids and provides folate and iron. It’s gluten-free.

How much does Canada produce?
Canada has well over 80 percent of the world’s canary seed exports, with Saskatchewan the top grower. In 2015, an estimated 149,000 tonnes of canary seed with a farm gate value of roughly $90 million was harvested from more than 1,200 square kilometres.

Where is it exported?
While more than 50 countries regularly purchase Canadian canary seed, the top export destinations are Mexico, Belgium, Brazil, Spain, the United States and Colombia — countries with high populations of caged birds.

What’s next?
There have been experiments to mill canary seed to flatten it into flakes, as is done with oats. Some in the industry are looking at extruding it, such as is done with puffed cereals and Cheerios, so it could be used in more snack foods, says food scientist Carol Ann Patterson of The Pathfinders Research and Management. The food-use approval is for dehulled canary seed. Machinery that removes the hull from barley and oats will need to be modified to work with the much smaller canary seed, says Kevin Hursh, executive director of the Canaryseed Development Commission of Saskatchewan. Approval is being sought to use the hulls to feed livestock.

More:
15 power breakfasts to supercharge your morning
Q&A: Arianna Huffington on the science of sleep
Baking school: How to measure ingredients accurately