How to cook and bake with coconut oil

Reap the many health benefits — improved digestion, increased energy — of this superfood with our pro tips. 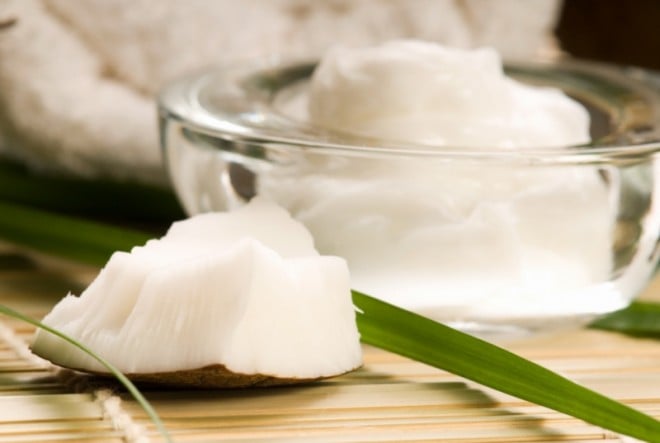 Not long ago, coconut oil was considered a “bad fat” and we were told to avoid cooking with it or eating food containing the ingredient. More recently, opinions on coconut oil have changed, however.

For starters, one of the reasons it was considered a bad fat was because of the misconceptions regarding its saturated fat properties. The saturated fat it contains (lauric acid) is associated with increasing the levels of good cholesterol — and not simply raising cholesterol as formerly believed. Coconut oil has also been lauded a new superfood. Some of the associated benefits include: increased resistance to viruses and bacteria, increased metabolism and thyroid function, improved digestion, as well as moisturizing benefits to our skin and hair. To reap coconut oil’s many health benefits, here’s what you should know.

At room temperature, coconut oil is a solid. Some oils have a distinct coconut flavour and aroma, while others are practically neutral. There are organic and non-organic varieties as well as a huge range in pricing. If you are purchasing coconut oil for the first time, I suggest visiting a health food store where an informed person can help you find what you are looking for.

Baking
When baking with coconut oil, the substituting ratio is 1:1. Meaning, for every cup of butter (or other fat) called for in a recipe, replace it with 1 cup of coconut oil. However, be aware that coconut oil is not as stable as other fats and melts very easily. So while the oil is solid at room temperature, it can easily liquify with the slightest bit of heat. Therefore, if you are adding ingredients that have been heated, such as melted chocolate, make sure they cool fully to room temperature before adding them to your baking mixture or they will turn your coconut oil to liquid.

Cooking
Cooking with coconut oil is equally simple. It can be used to pan-fry and sauté just as you would use olive oil or butter. The smoke point of coconut oil is 350F which is relatively high, but right on the edge of being able to manage really high heat. I would avoid deep or shallow frying with coconut oil as it may burn, but it’s perfectly suitable to sauté with.

So start substituting this vegan-frienldy ingredient in recipes that would normally call for butter or lard… It’s that easy!