In honour of Canada Day, Amy Rosen dishes out her top 10 patriotic picks from coast to coast 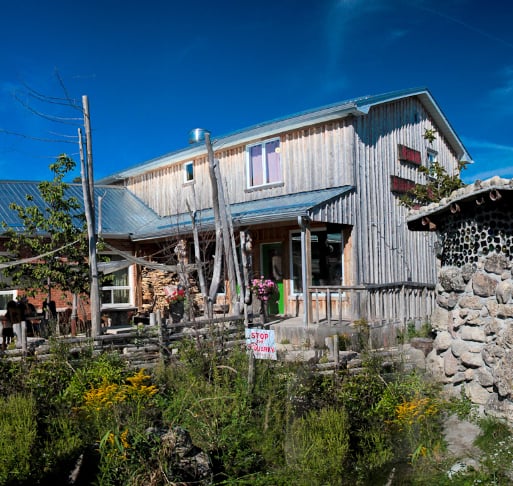 No ifs ands or buts about it, Canada is having a moment. It started with our winning ways at the 2010 Winter Olympics (which we’re sure to repeat in London this summer. Go Canada!) and continued when our economy didn’t tank as badly as the rest of the Western world’s. Part of the trickle-down effect of these successes is our blooming indigenous culinary scene.

Canada is a young country, and for this reason our chefs tend to be youthful, multi-ethnic, homegrown, experimental, and their food, proudly delicious. Which is why it’s never been a better time to be a Canadian chef, or (better still) a Canadian restaurant-goer.

Top 10 Canadian restaurants
The first is Bannock, launched in the flagship Hudson’s Bay store in Toronto this fall, with a focus on traditional Canadian comfort food (everything from poutine to homey chicken pot pie). Then there’s chef Michael Stadtlander’s off-the-grid woodsy dream that is Haisai in Singhampton, Ontario. (The godfather of Canadian cookery, chef Stadtlander has nurtured the careers of countless Canadian chefs.)

Vancouver has Edible Canada (where they boast “mile zero” herbs and lettuces from their patio gardens and fresh roasted haida gwaii halibut on their dinner menu) and the Oakwood Canadian Bistro.

More chefs cooking to our national anthem include those at Halifax’s Chives Canadian Bistro, which just celebrated its happy 10th anniversary, St. Johns’ Bacalao, which dishes out nouvelle Newfoundland cuisine, Fid Resto, which sources most of its ingredients from the Halifax Seaport Farmers’ Market, and Hopgoods Foodliner that celebrates contemporary east coast eats like upscale donairs and maple squares, in Toronto. Best of all, these examples only scratch the surface of this tasty trend.

But the restaurant that has it all — great looks, creativity and overall deliciousness— is chef Aaron Joseph Bear Robe’s aboriginal Keriwa Café. Judging from brunch alone, with baskets of freshly baked goodies and homemade preserves to the brown butter eggs Benny with its local Red Fife biscuit base, crispy homemade bacon, and not to mention the delish roasted root veggies tossed into the salad side, I’d be shocked if anyone can find a better brunch in Toronto. Or, a more Canadian one.

At Chatelaine, we’re proudly Canadian too! Here are some of our star Can-con dishes:

FILED UNDER: In the Kitchen Montreal Toronto Vancouver